Showing posts from March, 2014
Show all

The rules of MUSICAL MONDAY are easy: 1. Post a song of your choice under the MUSICAL MONDAY title. 2. If the song you post is not an original song, make sure credit is given to the artist. 3. Write something about your song choice. It doesn't have to be long. Just a short written glimpse inside your head to accompany your musical one will suffice. 3. Post a link back to MILDRED RATCHED MEMOIRS somewhere in your post so others can find there way here. 4. Post a comment here indicating that you're participating so Mildred and others can visit you and listen to our selection. 5. Have fun and help make Monday a musical place to be! Let's hope this works..... Agadoo....performed by Black Lace, found on You Tube okay, it looks very small, I hope you can all see it.  I chose this because it is silly and fun and I remember my kids all dancing around in the family room whenever it was played.
12 comments
Read more 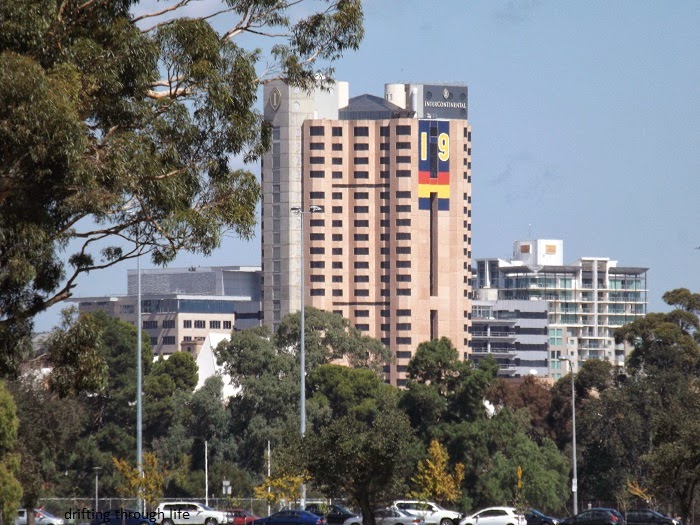 Welcome back to Sunday Selections! This once-a- week-meme was originally begun by Kim of Frog Ponds Rock , as a way to showcase some of the many photos we all take, but don't get around to showing on our blogs. The rules are very simple:- 1. post photos of your choice, old or new, under the Sunday Selections title 2. link back to me, River , somewhere in your post 3. leave me a comment so that I know you've joined in and can come over and see what you've posted. 4. hop on over to TheElephant’s Child to see more of her wonderful photos. Kath and Andrew often join in as well, although Kath has been quite busy lately and unable to join us. There are several other semi-regular participants now though: Jackie K at WorkingThrough It Gillie at RandomThoughts From Abroad I usually go with a theme for my Sunday Selections and this week I'm continuing with some photos I took on my walkabout.   looking back towards Adelaide city centre a
10 comments
Read more

me and my camera, we've been out walking 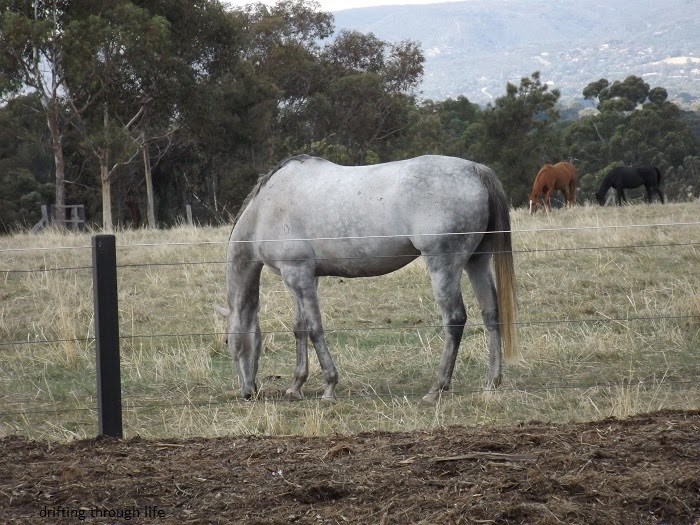 And look what we found! horses! more horses... a shiny black horse.. this one seemed to be the youngest, now and again scampering about like a foal. and I think this was the oldest. a few had coats on this one looked like she might be coming over to say hello, but she changed her mind these are all in a horse agistment paddock in one of the parklands surrounding our city. I hadn't known it even existed so I'm glad I went walkabout for the day.
13 comments
Read more

March 28, 2014
On Wednesdays , Delores, from Under The Porch Light , has a meme which she calls “Words for Wednesday”. She puts up a selection of six words which we then use in a short story, or a poem. I’m hopeless at poetry so I always do a story. It’s a fun challenge…why not join in? This week's words are: 1. cardboard 2. variety 3. raspberry 4. trounced 5. inflamed 6. gangrene aaand......  1. frenetic 2. feisty 3. fiendish 4. fabulous 5. fairy 6. fragrant Here is my story: As a child, Cordelia Silkie had been stubborn and strong willed. That is one determined child, her mother would say, her Dad called her feisty . She would lead her younger siblings with fiendish glee into all kinds of minor troubles and fabulous adventures. Like the time they had all sat in trees along Watson Avenue and dropped water balloons on the heads of people walking by....... Once she became a teenager, the frenetic pace of life in the Silkie ho
6 comments
Read more 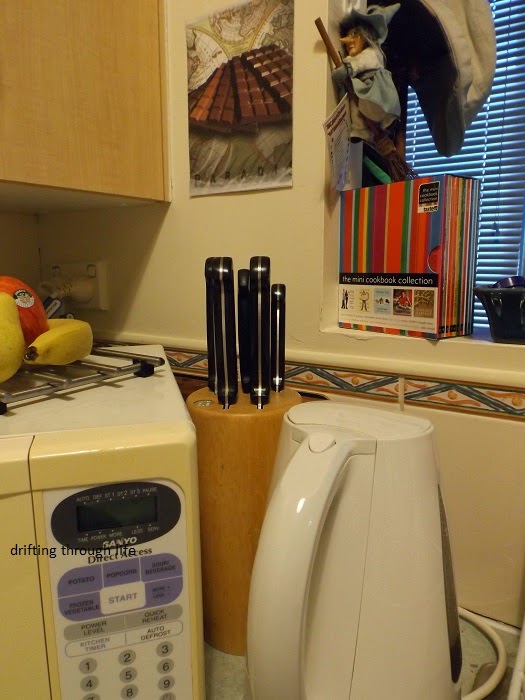 Remember I've recently bought a knife sharpener..... these are my knives . chop, slice, dice.... the ones I paid serious money for, (not too serious, they were at a half price sale) the first four are the same brand, but not a set. I chose individually according to my needs, the block wasn't bought until a year later, I just liked it better than the original angled block I had. That little knife on the end is a different brand, a finely serrated tomato knife. the bread knife is the only one still carrying the brand on its blade. it's been scrubbed or worn off all the other blades. I've had these since 1996-7. And never sharpened them. now for my favourites.... the cheap cleavers/choppers I bought at an Asian supermarket. Seriously cheap. Bought in 1998, the biggest one was just over $3, the third one in line was $2.50 if I remember correctly. oooh, shiny. I like the cute little mini chopper, I don't use it much, mostly for cutting che
17 comments
Read more 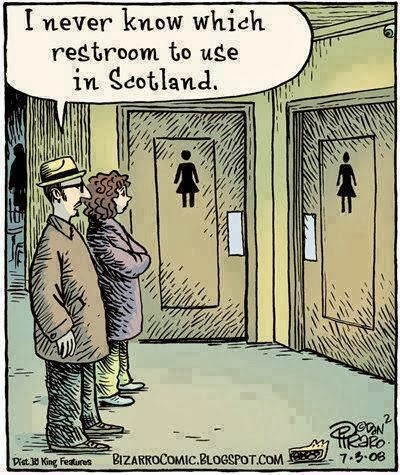 Welcome back to Whimsical Wednesday! The day for your googled giggle that gets you over the hump that is Wednesday and sliding down into the weekend. skirts all round!
13 comments
Read more

March 24, 2014
Seriously annoyed.   Pissed off even. At my fingers. Toes too, but I don't need those to type or make coffee.... I have arthritis in several hand joints, all three knuckles of both thumbs, the end knuckle of my middle finger, (right hand) and the big knuckle where the pointer fingers join the hands. Most of the time they don't bother me, apart from a twinge to let me know I should be careful how I use them. Today, I woke up with swelling and hot pain in the middle finger joint. The end one right down by the fingernail, the one that gets bent the most when doing things like typing, gripping a jar to open a lid, stirring a cup of coffee......things you don't even notice when the pain isn't there. Put the kybosh on all of today's plans that's for sure. I did my Tai Chi class and the damn finger hurt every time I moved my hand. The middle two toes on my right foot said please go home and lie down. I ignored them. But I'd also planned on chopping veg
17 comments
Read more
More posts