Kath and Andrew often join in as well, although Kath has been quite busy lately and unable to join us.
There a couple of other (occasional)participants now though:
Jackie K at WorkingThrough It
Gillie at RandomThoughts From Abroad

I usually go with a theme for my Sunday Selections but this week I have a slightly different selection.

Someone in Sweden knows more about my city than I do!
(I hope I got the link right)

Marie heard about the Adelaide council wanting to remove an apparently healthy Moreton Bay fig tree from the corner of Grenfell Street and Pulteney Street, and emailed me. So I checked my local paper and there was the story.
Council was saying the tree was ill, arborists were saying there's nothing wrong with it. Council was concerned large limbs might fall in a big wind, arborists countered with the violent wind we'd just had and not a single branch either falling or breaking.

Tree has been pruned.

Not yet removed and I hope it doesn't come to that. The removed branches were the ones that overhung the footpath creating welcome shade on a hot day.
And dropping leaves and seeds which is probably what the council is really objecting to, so why not just have a council worker sweep the footpath?  Too easy.... 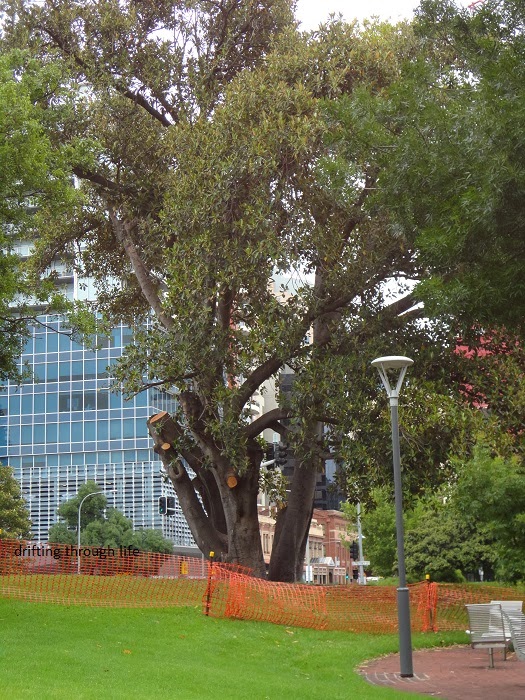 Look what they done to my tree, Ma, 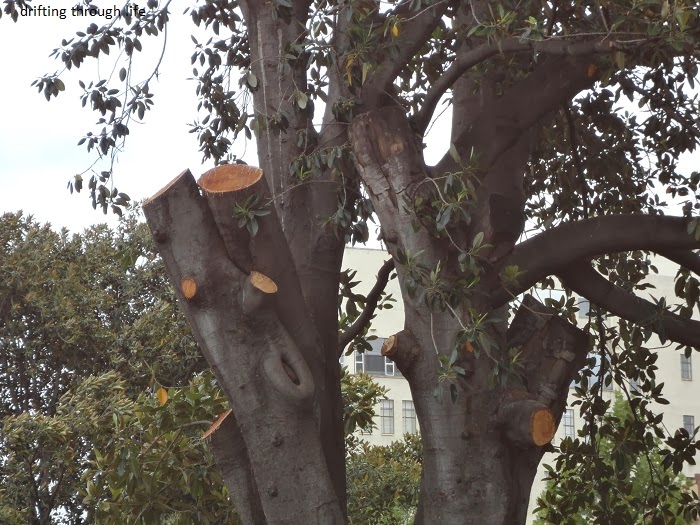 Look what they done to my tree.... (remember that song?)
There are three other corners to this intersection, each with a Moreton Bay fig tree.
I fear for them.

Marie used to live in Adelaide, in the Eastern suburbs and mentioned to me another Moreton Bay fig tree that used to stand in Coke Park at Norwood. She remembers being part of the protesting group that stood or sat around the tree, or petitioned to save it when "they" were threatening to remove it. I'm not sure how long ago that was, but when I was living there and working at Norwood Mall, I don't remember seeing a Moreton Bay fig tree. So last week as I was checking my PO box out there, I went to Coke Park and took photos. 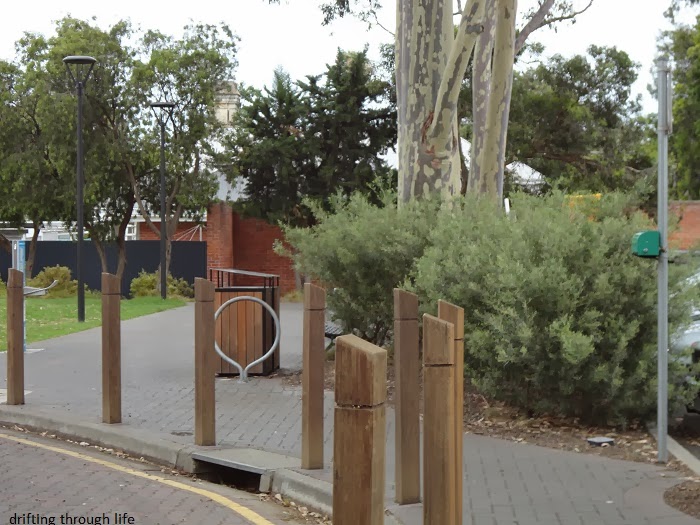 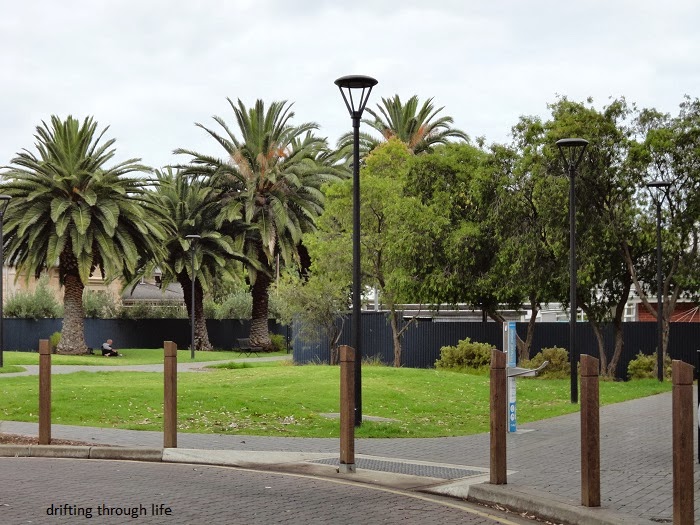 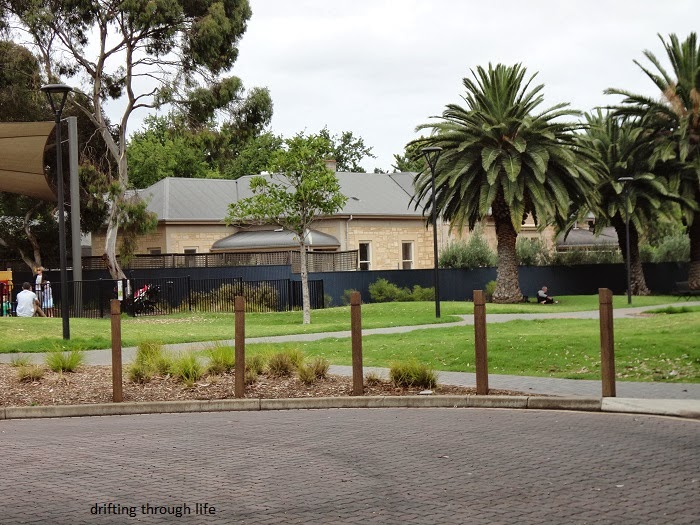 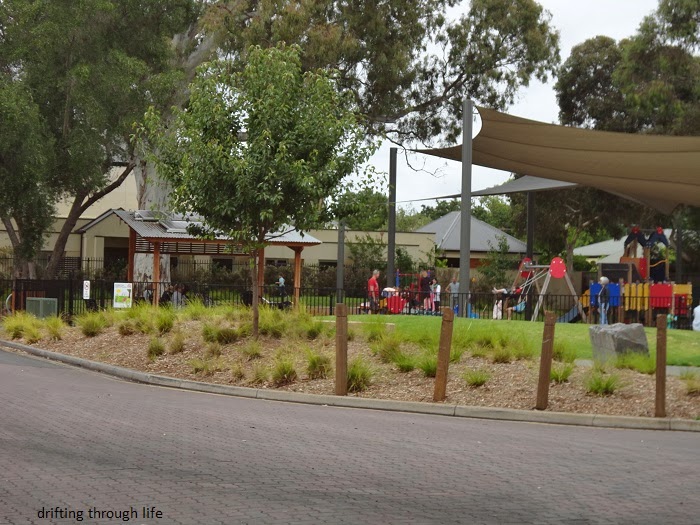 180* from right (where the shopping mall is) to left, (housing), not a Moreton Bay fig tree in sight.

The Eastern end, from Gawler Place to Pulteney Street appeared to have been spared.
Well, on my way through, I saw that was no longer the case.
The Eastern end is being "worked on". 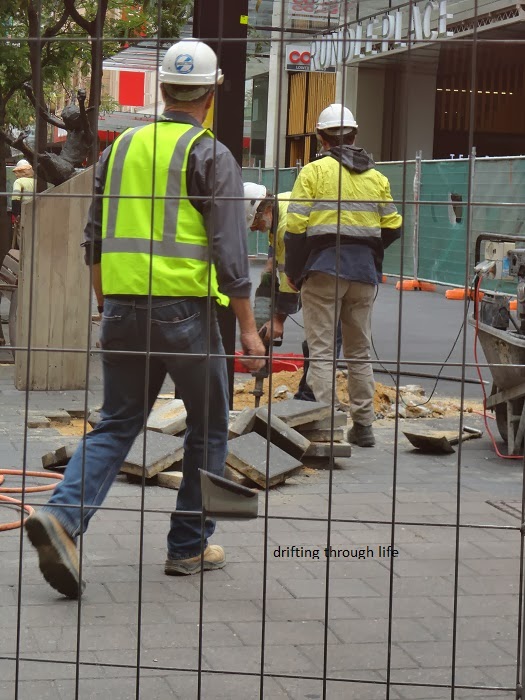 working on the Mall. 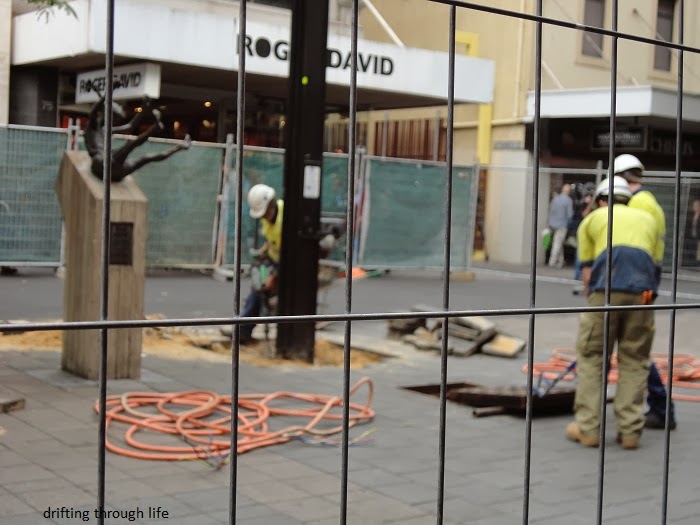 digging up the poles.... 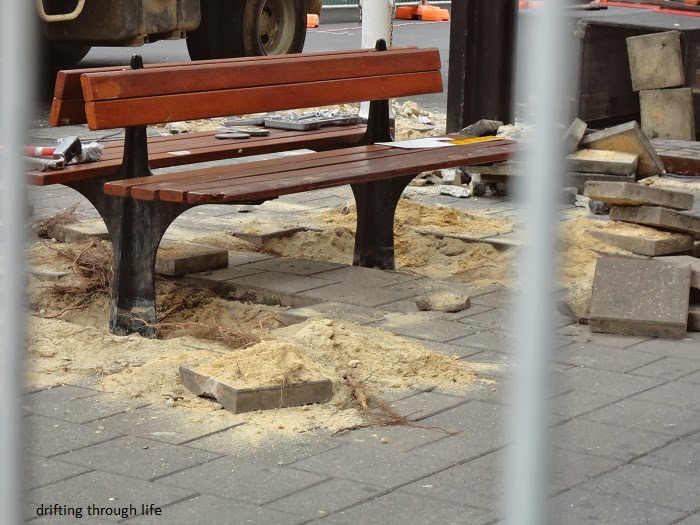 We are the driest state in one of the hottest countries, where is the sense in removing much needed shade?

They are ruining our city......
pruning trees ripping up the mall Sunday Selections