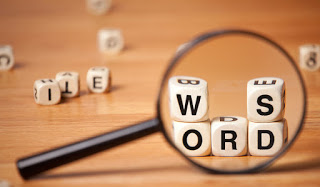 The original Words for Wednesday was begun by Delores and eventually taken over by a moveable feast of participants when Delores had computer troubles. Sadly, Delores has now closed her blog forever due to other problems.
The aim of the words is to encourage us to write. A story, a poem, whatever comes to mind.

This month the prompts are supplied by Mark Koopmans and can be found here.
This week's words/prompts are:
1. annihilate
2. Zinfandel
3. lozenge
4. pacemaker
5. spokes
6. invoice

Let's head up stairs this week, way, way up high.

Peter strode through the celestial themed doors and casually asked "How's business Boss?" Turning to greet his old friend, God appeared a little thunderstruck at Peter's appearance. "You look like one of those Hippie Flower Children from the sixties, where did you get that zany outfit which somehow suits you quite well?" "I was over in the flower garden clouds where some of the old hippies congregate, the newest one is an old man and had wanted to be buried in the clothes he wore back then and when he arrived he decided to swap them for the white robe and wings. I asked if I could have these things and he handed them over," said Peter.  "I'd forgotten he was arriving this week, " said God, "he's the failed pacemaker isn't he? had a good long life too."

They made their way to the polished gold balustrade surrounding the wide deck and looked down upon the Earth. "Business is good?" asked Peter. "Things seem to be going well," said God, "but I'm wondering about all those people with little things in their ears, they used to be listening to music, but now they're listening to something called 'podcasts', getting their news that way. Whatever happened to sitting down with a newspaper and a cup of coffee? Or the family gathering around the television?"
"Things change Boss," said Peter, "and not always for the better and it wouldn't do any good to annihilate the lot and start over, we'd just have to watch it all again and if we do it wrong, Lucy might get a stronger hold." God shuddered at the thought of Lucifer being the one in charge.

"Change of subject," said Peter. "Remember centuries ago, when people started making wine from grapes and it was raw and red and robust, carried from place to place in panniers strapped to donkeys?" "I remember," said God, "where are you leading with this?" "Mary has a new shipment of wine, brought up by that vintner who died last week, his family put a wooden crate of wine in his casket and it survived the trip quite well." God smiled and rubbed his hands together with glee. "It's been a while since we had any wine up here that wasn't created by the angels in  the grapes section. Let's go and see Mary, shall we?"

Peter popped a lozenge in his mouth, explaining that he'd discovered them in a pocket of his new clothes and they were quite nice in spite of being so old. "Lemon flavoured," he said. They walked along the wide passage towards the kitchen where Mary always unpacked anything new. "Mary!" God exclaimed, with a huge grin "What's new?"

Mary frowned at Peter for letting the cat out of the bag. "Wine," she said to God. "A lovely red, zesty and robust, a Zinfandel." "How many bottles?" asked God. "Six," said Mary, "that should last us a while. I'm thinking we could open one tonight to have with our roast beef."
"Excellent," said God. "I'll just pop over and thank the vintner for bringing it. Shall I invite him to the table?" 'Yes, why not?" said Mary. "As long as he doesn't bring along an invoice for the wine."
Peter said, "I'll just go and  tell the cherubs to set an extra place."