things are a little batty here

I was on my way to the Zoo and took a small detour into the park because I like walking across the small bridge....bridges are a favourite thing of mine.

I happened to look up and saw what I first thought to be large, oddly shaped pine cones, then one fluttered his wings..... 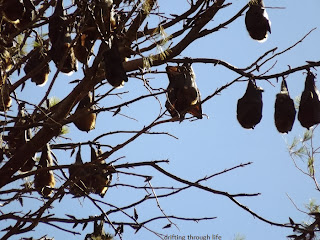 Fruit bats. Or just regular bats, I don't know the difference and since none of them appeared large enough to be Dracula, I wasn't worried. 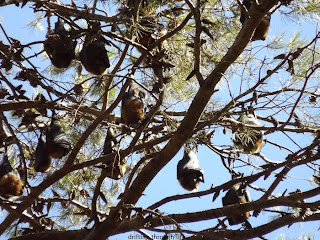 These are in one tree and this is just a few branches, 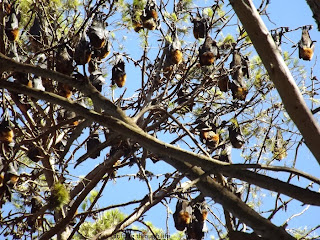 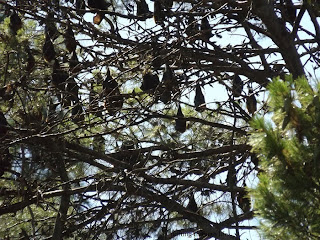 they were this thick on four trees.

The Zoo is right next door, so the bats hang around for left over food I suppose, after the animals get their fruit and veg. Bats do eat fruit and veg don't they?  Why else are they called fruit bats?

For those who might be a little squeamish looking at bats, here is a sculpture to take your mind off them.... 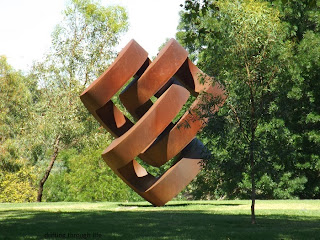 I don't know what it is supposed to represent, if anything, but I certainly do like it.

Come back tomorrow and see what else I've photographed.

bridges sculpture things are a little batty around here trees