Let's dive right in, shall we? 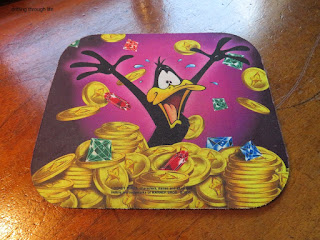 This is the mouse mat I bought many years ago when I had a desk top computer. These days I have a laptop and use the finger pad, so this is a place mat now to protect my table top from hot dishes. 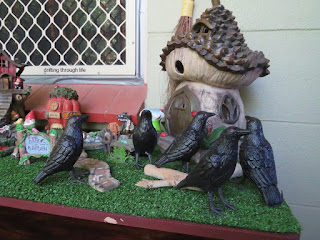 Oh no! A murder of crows has descended upon the fairy village! 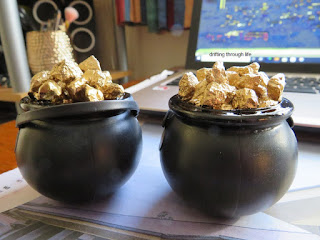 I was given a small bottle of gold paint, so have been making "pots of gold", now I just need to make the rainbows. 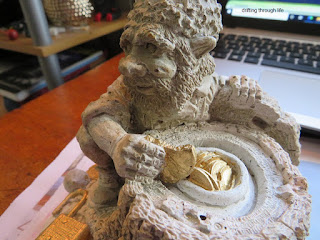 My concrete Leprechaun doorstop also has had a touch of gold added to his pot. 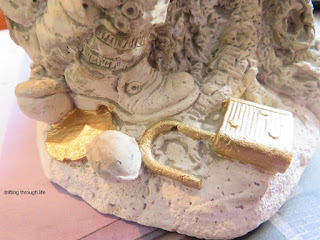 including the padlock and the dropped coin under his boot. 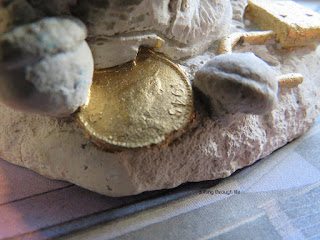 I noticed these are actual old pre-decimal coins, if you enlarge the picture you may see the date 1945 on the sixpence piece there. 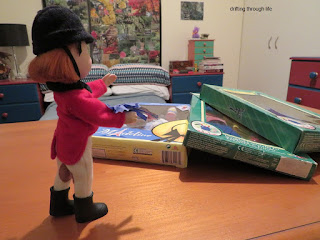 Meg was delighted when new clothes arrived for her. 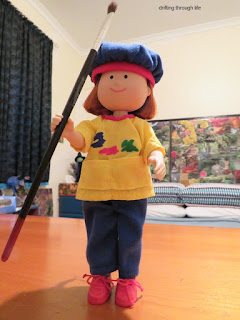 "I think this paintbrush is a little too long" 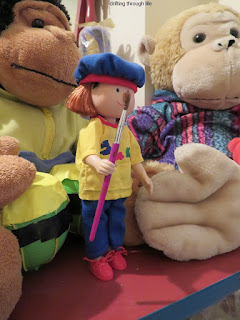 "this shorter pink one is much better" 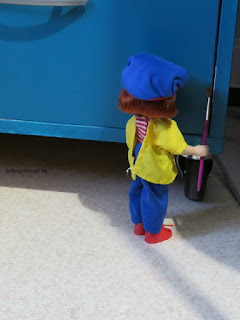 "I'm ready to help with the touch-ups now" 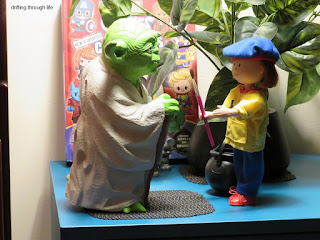 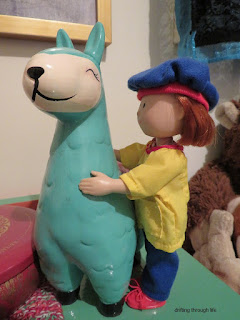 making friends with Larry the Llama 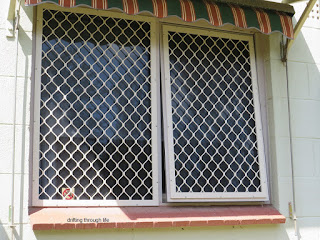 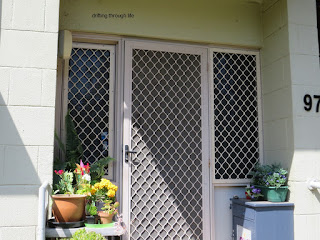 even the ones on either side of doors. 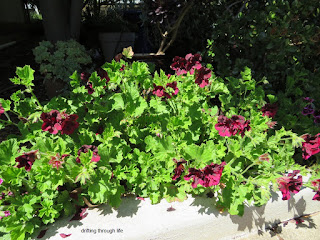 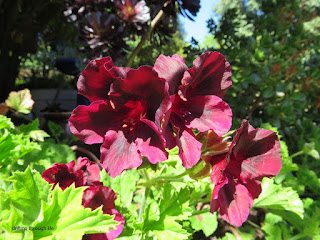 although they aren't quite as black as I remember, they are still gorgeous. 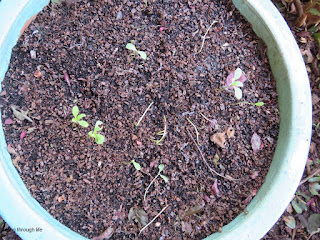 three sorry looking seedlings are all that remain of the dozens of zinnias that germinated. snails ate the rest are are now happily munching on snail bait instead. I'll be buying more zinnia seeds asap. 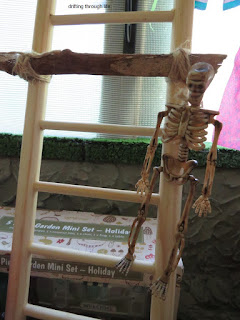 out in the back porch quite a lot of work is in progress, this ladder leads from the bench level to a shelf higher up where smaller fairy houses are. I glued together two bird cage ladders which left a gap which I filled in with a twig from the garden, binding it with twine and hanging a Halloween skeleton. There will eventually be a sign attached that reads "trespassers will be hanged" 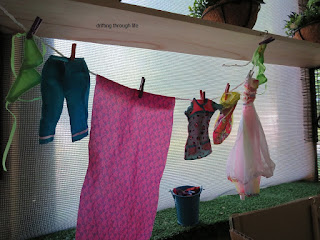 The fairies even have their own tiny washing line, complete with mini bucket of mini pegs. Those are some of Meg's new (secondhand Barbie) clothes.