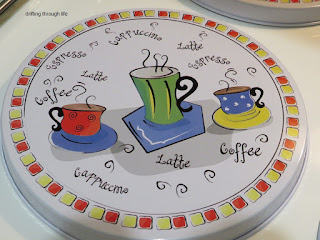 I bought new hotplate covers, the old ones had started to rust around the edges and I was sick of looking at them anyway 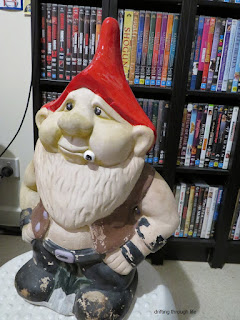 I don't know how many of you will remember Garden Guardian Harley, my biggest garden gnome, he had a brown hat too and was getting very weathered out there, so I brought him in for a makeover, starting with a red hat 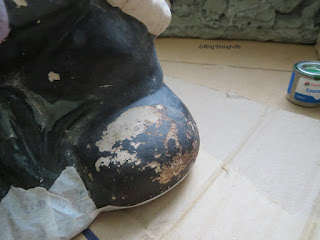 He is so badly worn some of his plaster has eroded away where the paint wore off, this is his left boot 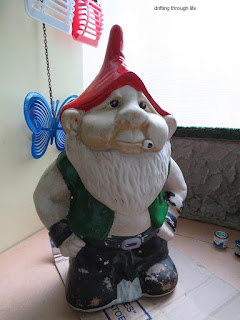 I moved him into the back porch as the paint fumes were too strong to keep working inside, here he now has a lovely green vest 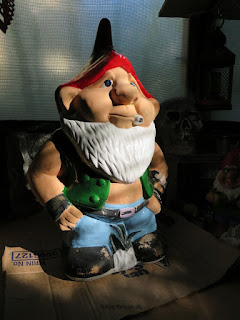 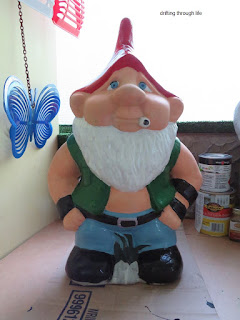 almost finished now with his new blue eyes, shiny black boots and belt, just a bit of gold to come on his belt buckle and some red buttons on his jacket, and those blades of "grass" between his legs need to be green. 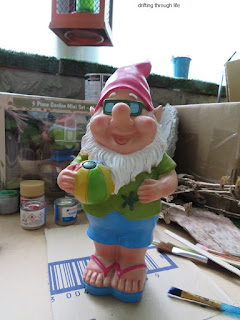 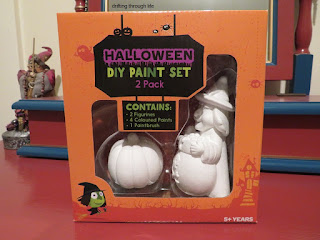 I also worked on this Halloween kit, bought at Woolies, meant for kids, but I'm a big kid so I got one 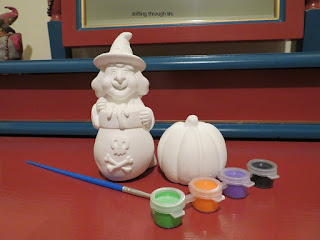 It comes with teeny tiny pots of paint and a brush 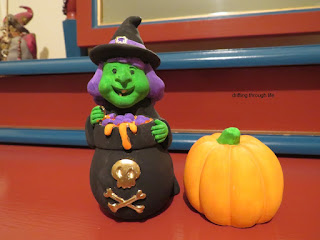 and here she is, finished, with touches of gold of course. I do like gold :) 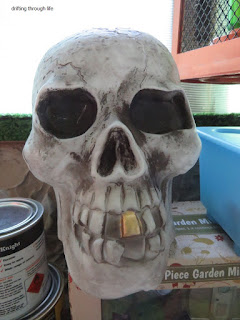 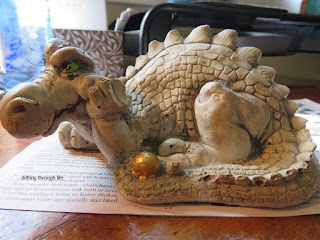 and Draco, another door stop, has a touch of gold too
Here's Meg, 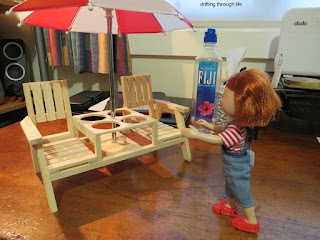 A new seat? Just for me? 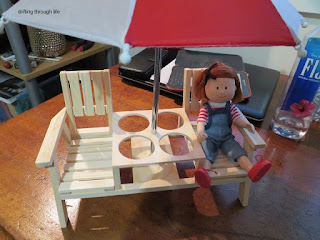 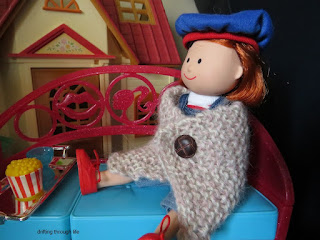 keeping warm on a cool evening while chatting with Yoda