September 23, 2012
Welcome back to Sunday Selections!

Originally begun by Kim at Frog Ponds Rock as a way to show off old photos that have been languishing in your files, now continued by me.

Rules are very simple:
1. post photos (old or new) of your choice under the Sunday Selections title.
2. Link back to me.
3. Leave me a comment so that I know you've joined in.
(Then I can visit your blog and look at your photos).

This week, I am showing photos of some of the many pets I've had over the years.

Most recently.....Chippy, my Siamese Fighter. 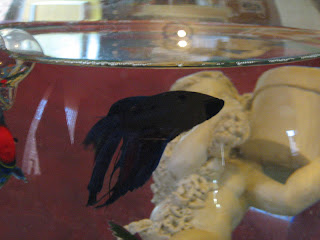 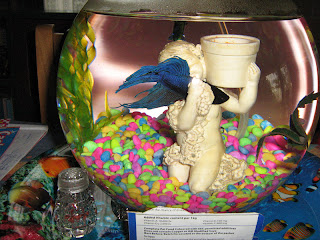 Chippy used to love to sleep nestled within the arm of his statue, until he got too big to fit.
Then he would sleep down near the coloured stones, close to the air bubbler.

Going back several years, while the kids were still at home, I had Harley.
A tiny orange (marmalade) tabby given to me by my daughter T. 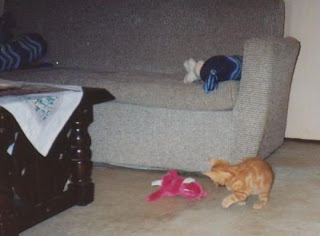 Harley had his own toy kitty to play with, rose coloured, so I named her Rose.
Does anyone out there remember the song Harley and Rose?
I think it was sung by the Black Sorrows. Correct me if I'm wrong, I won't mind. 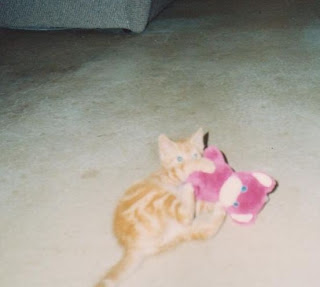 We would toss Rose up onto the couch and Harley would wrestle her back on to the floor. 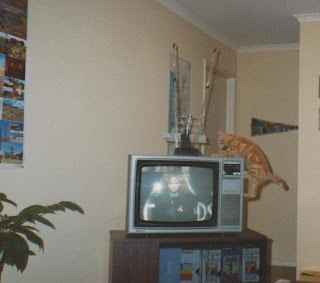 He loved climbing, as all cats do, 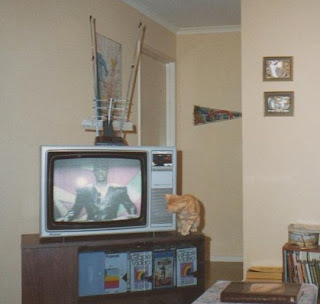 ...but sometimes would just sit and watch the TV too. 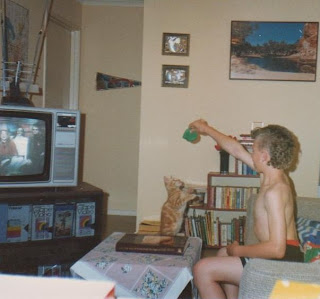 J and Harley often played together. 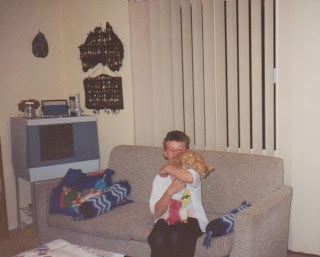 And after long hours of playing... 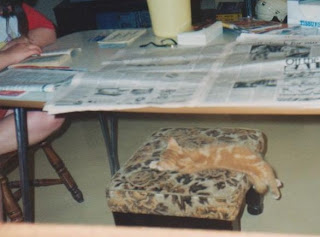 ....Harley would fall asleep just where I wanted to put my feet up. 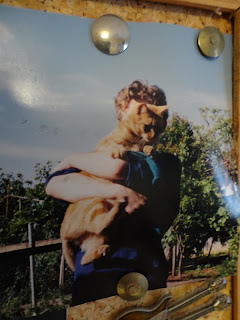 When Harley was about three years old, he developed kidney disease and cost me quite a bit in vet fees. Then the vet told me he would have to stay on a special diet for the rest of his days, a highly priced, available only from the vet, special diet. I was on my own by then, with the kids and couldn't afford it. I had Harley put down and cried for days.

Before Harley, there was.... 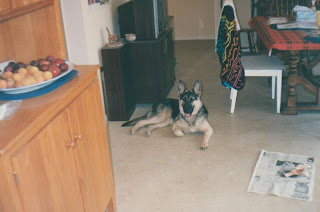 Mad Max the third. This is the dog who turned on me one day when I disciplined him, I still have marks on my arms from his teeth and claws. He was always a bit timid and became a "fear biter". I had him put down the very next day.  Sad, but necessary. We lived in a street where there were many small children, I couldn't risk him getting out and attacking one. 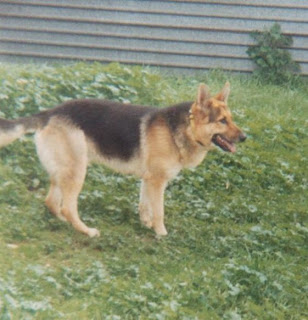 Mad Max the second.
BEST DOG EVER!!  He learned very quickly which day was shopping day and would hang his paws over the garden gate waiting for us to arrive home with his beef shin bone.

As a puppy aged just ten months he saved our home from burglars, keeping them at bay even after they hit him on the head, until the woman next door called the police. She'd glanced out her window to see why he was making such a racket. We were at work and were called home by an officer who informed us that the burglars had broken into several houses that day, but had been captured thanks to our Max holding them off and the woman next door calling the police. Thanks, Lyn. 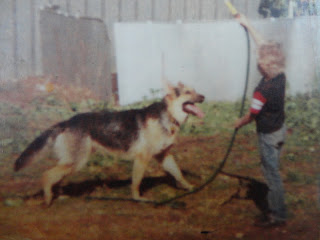 When Max was three years old, we had to sell our house (don't ask) and move to a rental. They didn't allow pets, so we gave Max away to a lovely family who already had two dogs of their own and children for him to play with.  We heard later that he settled in very well and was happy, treating his new family the same way he had treated us.
I still miss this dog very much.  He'd be 25 now....