is this a backwards step or am I a little backwards about going forward?

October 08, 2013
I frequently read the blog of a hilarious woman, Murr, who writes over at murrbrewster.blogspot.com.au

Recently, Murr decided she doesn't have enough devices in her life and went out to buy what she calls a "tabletty thingy".

I understand these are quite popular and can do fabulously wondrous things, but I'm pretty sure I would be even more confused than Murr by any young salesperson describing how it works, what it can do and all the apps available.
Tech speak confuses the heck out of me.
It wouldn't do any good either to ask the salesperson to explain to me as if I were a child, because clearly children understand these things even before they are born.
Have you seen a three year old program a dvd player? I tell you, these kids today are born with the knowledge.
Which will be obsolete by the time they start school......

But Murr's post got me thinking about the first mobile devices. 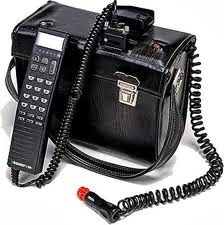 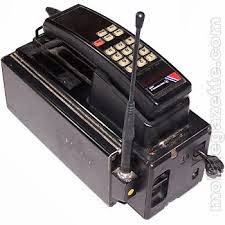 I don't remember ever seeing anyone walking around my city with one of these, but I saw them in movies and they were huge. 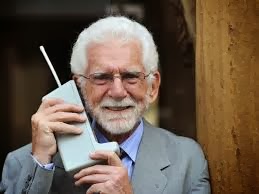 mobile? Yes, but not too easily slipped into a pocket. Looks awkward, yes? 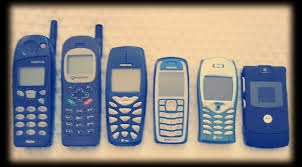 which were a good deal smaller and easier to carry. But big enough to find in your handbag too. 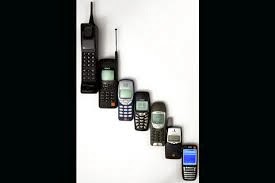 then phones got smaller... 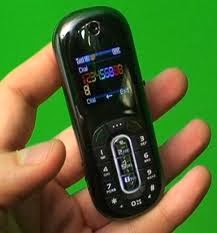 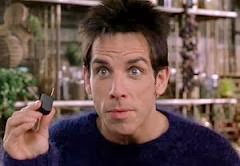 (I've never seen one this tiny that hasn't been in a movie).

Really mobile, fits into any pocket, would probably get lost in your handbag, especially if you are one of those women who never, ever empty out your handbag.
I've worked as a checkout chook and believe me, I've seen some handbags that look as if stuff has been crammed in there since Moses was a lad.
And never emptied out.

But then along came Blackberrys and iphones. 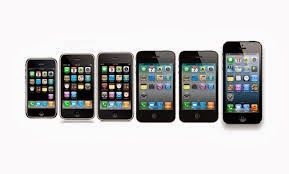 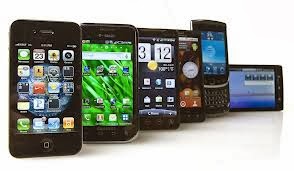 these things were bigger and needed two hands to operate.
And some smart so-and-so invented an app for something that worked on it.
Then a few thousand other people developed apps for these wondrous devices and then we had smartphones.
Pretty soon it seemed everybody under the age of...well, me...had one.

To encourage more buying (market hysteria for the "latest must have") technology had to move even further forward. 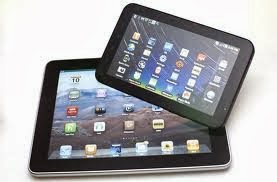 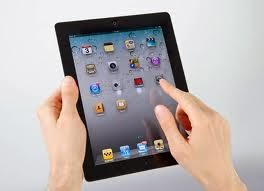 ipads!  Still needing two hands to operate, but bigger!
With even more apps! 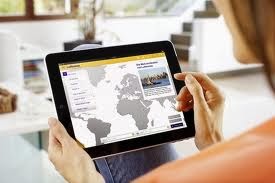 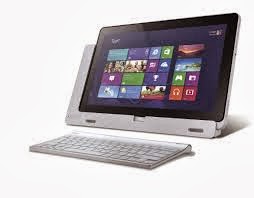 some of these things are almost as big as my small laptop.

Still mobile of course, but you can't slip one into your pocket, not even into your handbag.
Unless you carry a huge briefcase sized bag.
And then you need a separate handbag for your wallet and house keys.

More and more now, I see women carrying two bags everywhere they go.
A regular handbag and a bigger tote with the latest in tablets. (And whatever else is in those bags). These "tabletty thingys" come with their own stand if you choose to purchase one. And then have to carry everywhere.
It's an "optional extra", you don't have to buy one, but I see them on cafe tables all over town because people need to prop them up to be able to continue reading, communicating, "apping" while they eat lunch.

So we've gone from huge and barely portable, to small, to ridiculously tiny and now we're back at medium sized tablets.

That need their own bags.

Where will it end?