On Wednesdays, Delores, from Under The Porch Light, has a word challenge meme which she calls “Words for Wednesday”.

we also have: "blood and  blue shadows under the midnight sun". I have no idea what to do with that, I'll have to let it stew in the subconscious for a while.

Here is my story, (well chapter one anyway): 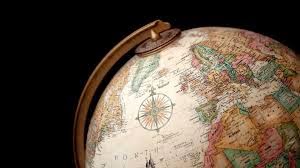 Over the years, George had tried many things in his pursuit of a hobby. His parents had hobbies and his mum had often insisted that George needed something to do in his spare time. Something to occupy his mind, keep him happy, something he could take with him as he travelled through life.

His father collected stamps and postcards and whenever he felt restless or out of sorts, he would disappear into his den with the latest aqquisition and spend time with the albums, fitting in the new stamps, rearranging the display of postcards, appearing many hours later quietly satisfied. One Christmas, George's mum had presented him with a small leather bound album and a package of stamps, the sort you get when you send a coupon from the back of a magazine. They were very colourful, but George had no interest in them and soon gave them to his dad.

In vain, his mum had tried to interest him in various indoor pursuits, a hobby should be something you can do inside, in all kinds of weather, she insisted. Idle time needed to be filled, a person could not just sit and do nothing.
"But I'm not doing nothing" George would insist. "I'm reading." Neither of his parents saw that as a worthwhile hobby though and his mum began going on about coin collections and wood carvings, things constructed out of matchsticks. What about collecting little garden gnomes, made out of cement or plaster?

One year, George had joined the local choir, going door to door singing Christmas carols was a hobby, right? But the usually harmonious tones were somewhat spoiled by George's strangled cat voice and the choirmaster asked him to leave.

The years rolled on, as years do, and George continued reading; in his mind he travelled the world with the heroes of his books and often searched his globe for the places he'd read about. When he finished high school, he worked at several jobs instead of going to college and his mother despaired of her boy ever amounting to something.
George saved his earnings until he had enough to begin something he'd lately been dreaming about. He would visit the places he'd only seen on his globe, the places where the heroes in his books had experienced such wonderful adventures.
He bought luggage and planned his first trip. He would visit the uncovered cities of the Aztecs, from there, who knew where his travels would take him? He had enough experience in waitering, short-order cooking, hotel cleaning, he could get a job anywhere to fund his next trip.

And the years kept rolling on, with George sending postcards from everywhere home to his dad, whose collection had now taken over George's old bedroom as well as half the hallway. George filled journal after journal with his travel experiences and realised one day that this was his hobby, this is what he did to occupy his mind, to keep himself happy. As each journal was filled, George sent them home to his mother who stored them for him in a large bookcase purchased just for that purpose and proudly showed them off to visitors. 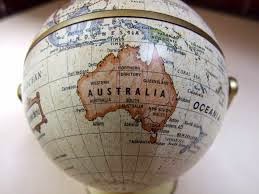 In time, George met and married Emma, who shared his love of adventure and travel until one day she sat down with George and told him there was a baby on the way and she would like to go home, buy a house and prepare for this greatest of all adventures. George agreed that was a great idea and the two of them settled into a house in a small town not far from Emma's parents, but after a couple of months, George was itching to get back to his travels. he restlessly paced from room to room, unable to sit and read or dream as he done when a child. One morning Emma handed him an envelope containing a plane ticket. "Go", she said, "fill another journal, send it home to me. I'll visit with your mum and see if I can get the rest of them, they'd fill up that empty wall nicely" and she pointed at the blank space where most people would have a television.

In his frenzied rush to get back here to Emma, he'd completely forgotten his baggage, looping around and around on the airport carousel as George scrambled into the nearest taxi and told the driver to please hurry.

He glanced towards the door of the delivery suite as he paced, excited and nervous all at once. 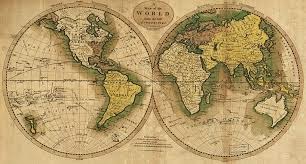