Today's selection is quite long, so perhaps get a cup of tea before you begin.
The star of the day is Meg: 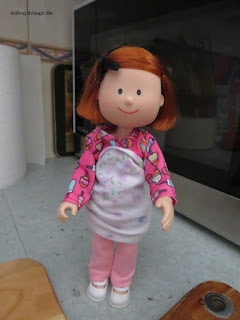 Hello, do you like my hanky apron? Mum said she will make me a proper one when she gets some material. Today I'm helping mum make dinner, we're having burgers, yum 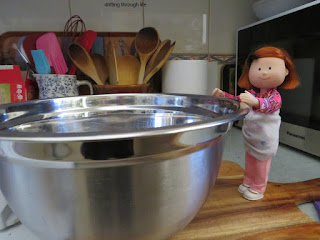 We start with a giant mixing bowl 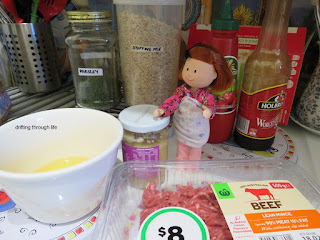 and lots of ingredients 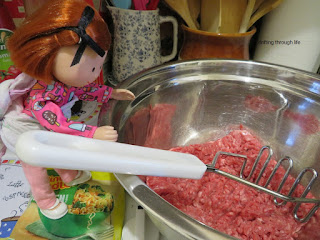 first we mash up the mince to soften it a bit then we give a little bit to Lola 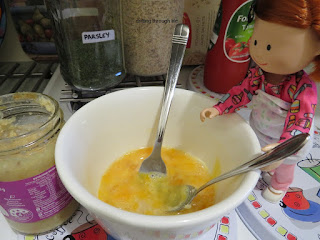 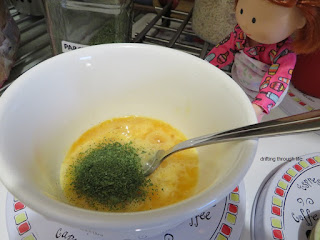 then a big spoonful of dried parsley, parsley is very important, it is high in iron so we don't get anemic, mum puts it in almost everything, but not in cakes or rice pudding 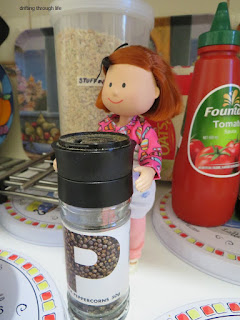 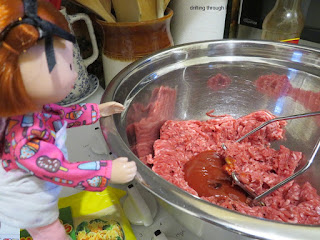 we set the egg mixture aside and mum added tomato sauce and worcestershire sauce to the mince and mashed it all in, she says it makes a nice flavour 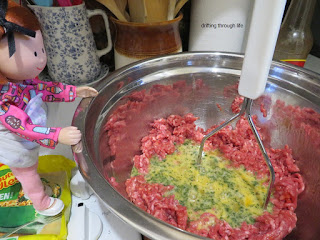 then the egg mixture goes in 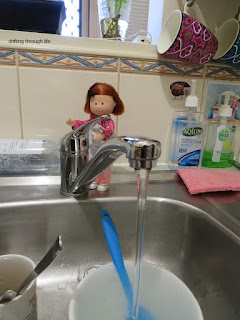 and the egg bowl gets rinsed right away, because dried egg is hard to wash off 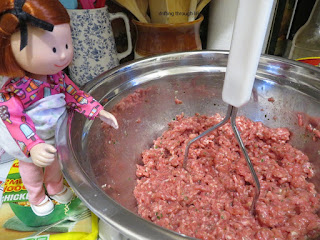 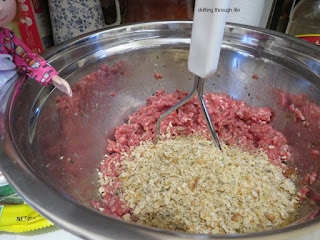 so in goes the dried stuffing mix, from a packet of course, mum says stuffing mix adds more flavour than plain breadcrumbs 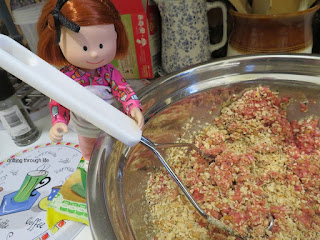 this is harder to mix in, I think I'll let mum finish it 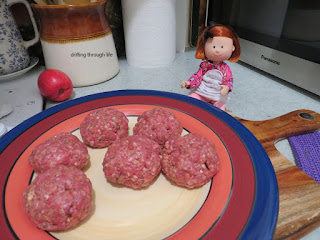 now comes the messy part, mum has to roll the mixture into balls and try to get them evenly sized 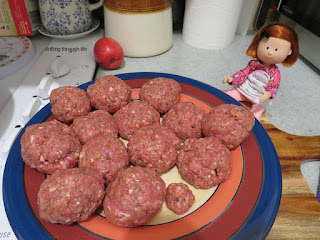 all done! the tiny one is MY burger 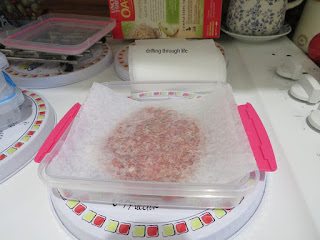 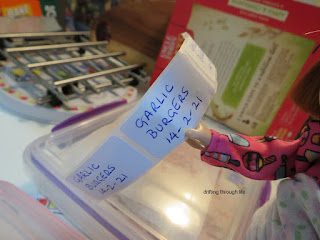 I got to put the labels on 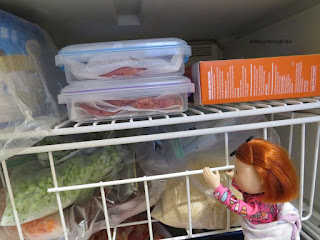 we had to put them on the top shelf because the freezer baskets are full, I see pizzas in there 😀 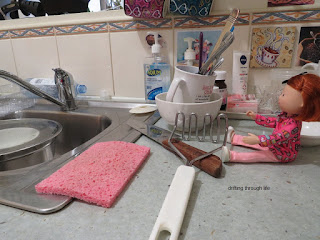 now it's time to wash up the mess we made 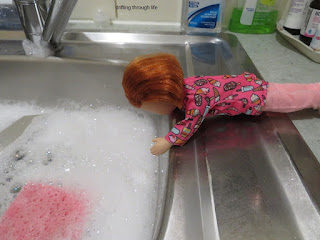 I love all the bright shiny bubbles 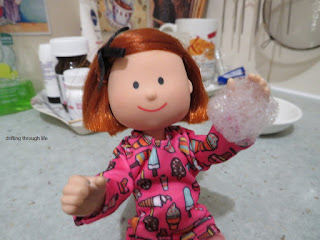 Mum let me have some bubbles to play with 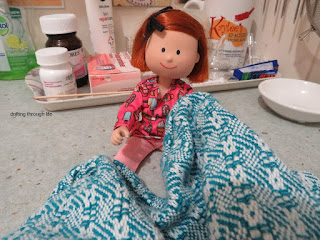 I'm drying my hands on a towel from mum's friend Joanne. Did you know Joanne makes these towels HERSELF? She is a weaver and has her own loom. 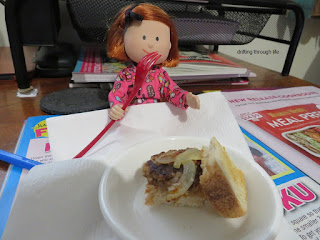 at last it's dinnertime! 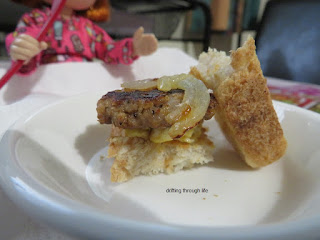 mum even let me have some onion 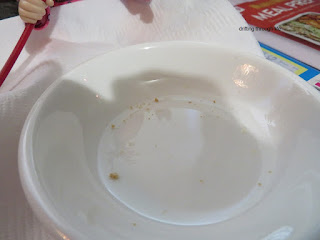 that was very delicious 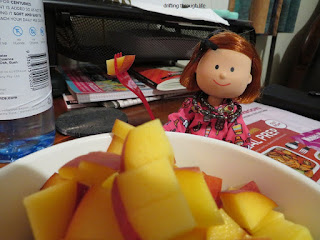 for dessert mum diced up two fresh peaches, I love these, 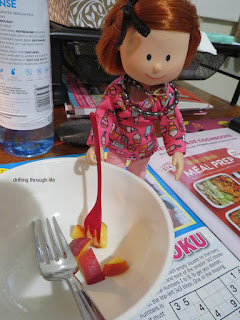 but I've had enough, I'll leave these last pieces for mum.