Today I have magpies for you, but first, Meg: 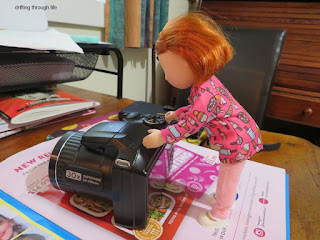 this is mum's old camera, I can't even lift it, 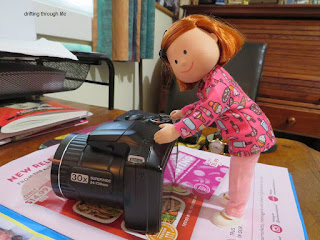 but mum used to carry it around with her for hours at a time. She took it to the beach a lot. I've never been to a beach. Mum says we will go one day when the sun isn't hot enough to burn us to a crisp. She is going to show me how to make a sand castle. 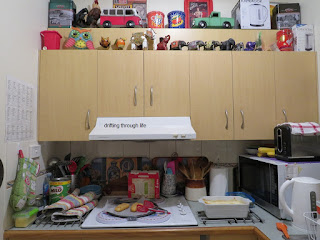 this is my kitchen, that's the total width (stretched arms can touch both wall and sink) and on the shelf above is my collection of elephants. And a few other things. The white ceramic baking dish holds a freshly made rice pudding. 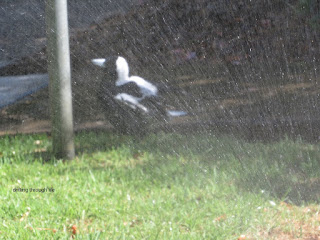 I put the sprinkler on the lawn last Sunday and heard the singing of a magpie, so I went out as quietly as I could with my camera 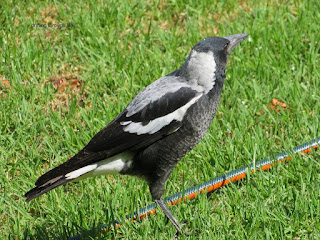 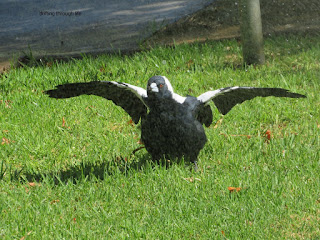 while his brother (sister?) was really enjoying his shower 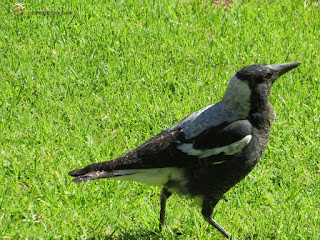 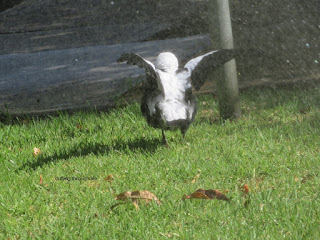 while the first one danced and flapped 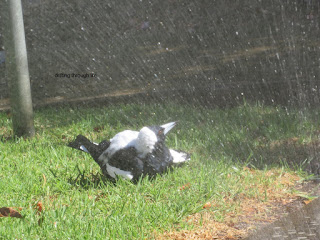 even lying down to get his belly wet 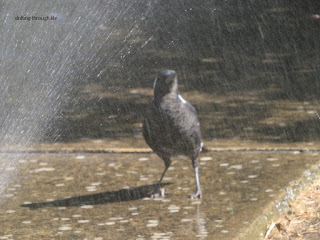 the second one finally decided a shower would be nice, it was a pretty hot day after all 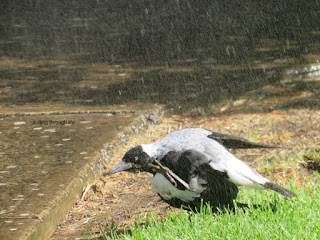 the first one had enough and walked off, stopping to scratch his ear 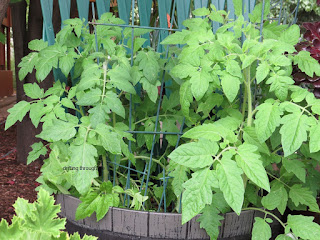 my tomato plants are looking good, but with temperatures dropping I don't know that I'll get any tomatoes 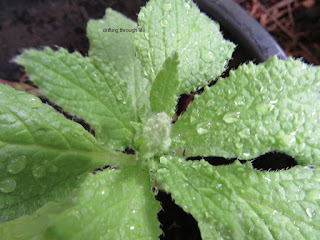 this is the biggest of my borage seedlings, the fuzzy bumps right in the middle are baby flower buds 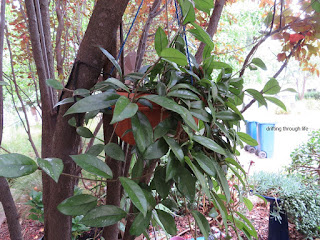 the hoya is looking lovely, no flowers yet, I'm hoping that when it does flower a certain neighbour won't snip off the heads before they even open. I don't know which neighbour used to do that, but I'm hoping to see flowers this time. 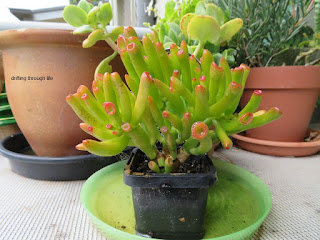 this little gollum, called Lady Fingers, has tripled in size over the summer, 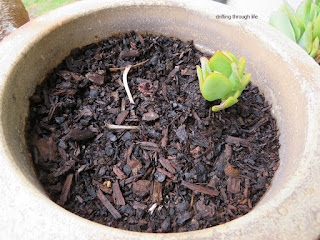 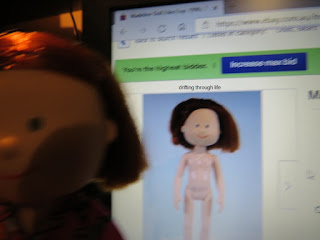 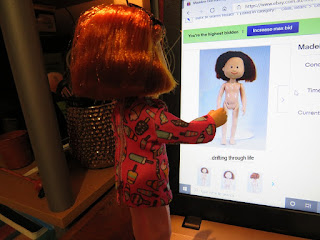 It's a sister, you have to put a price in the bidding box 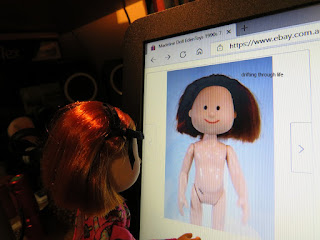 I hope she can come to live with us, I would like to have a sister. 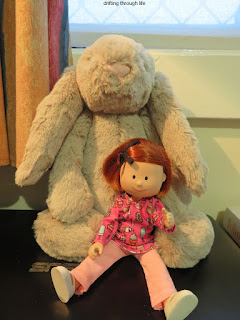 I will share my bunny with her. And my clothes.