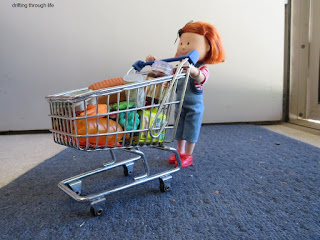 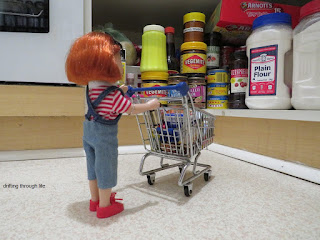 I'll get everything put away 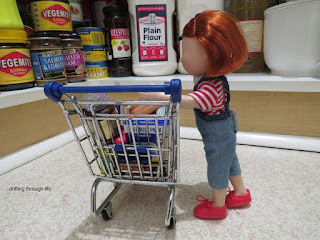 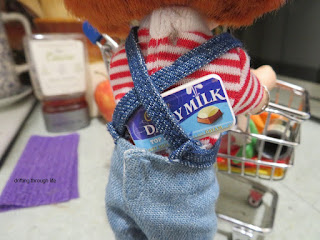 I'll surprise Mum with it later 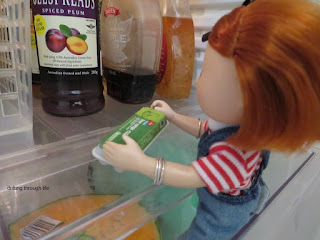 Eggs in the fridge 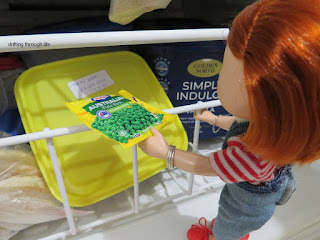 Peas in the freezer. 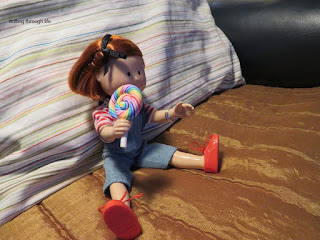 Time to watch a little television, but I won't eat the whole lollipop, I'll just have a taste. Don't want to spoil my appetite for dinner.