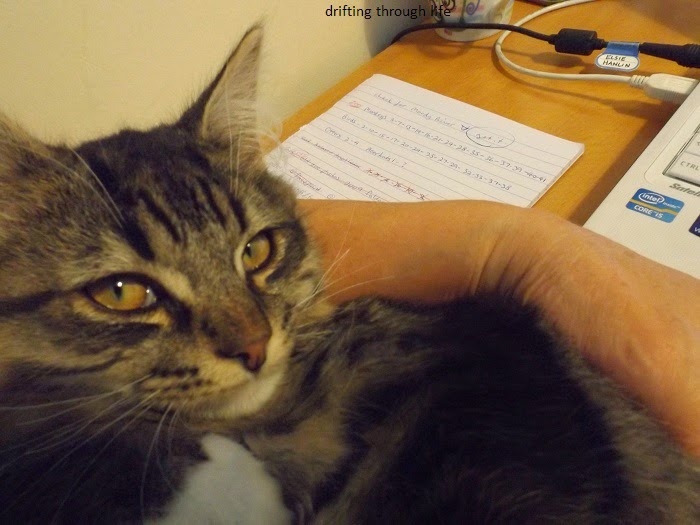 between me and the keyboard.
I brought Angel home on April 6th. On the 7th, he clawed his way up the tablecloth, which I have since removed, and snuggled into the crook of my elbow. He fitted nicely from elbow to wrist. 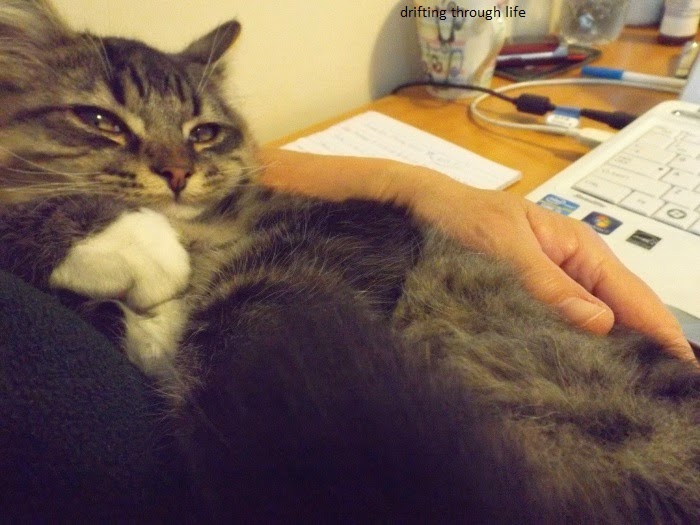 this stretched out photo is me trying to show you how big he is now. That darker fluffy patch at the front is his curled up tail. 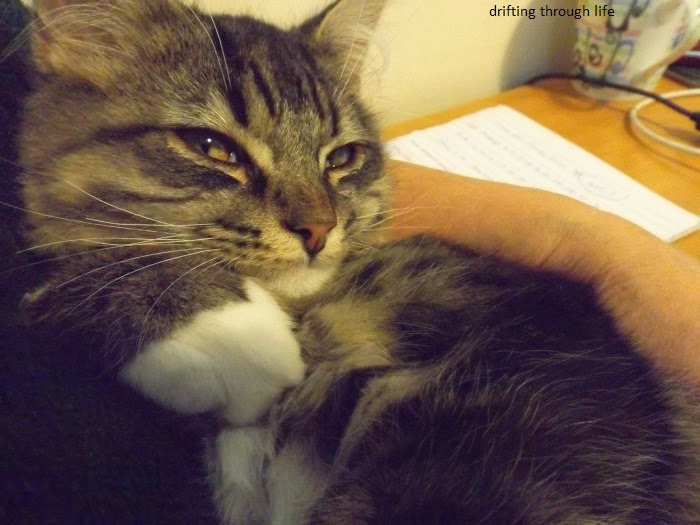 the eyes are closing 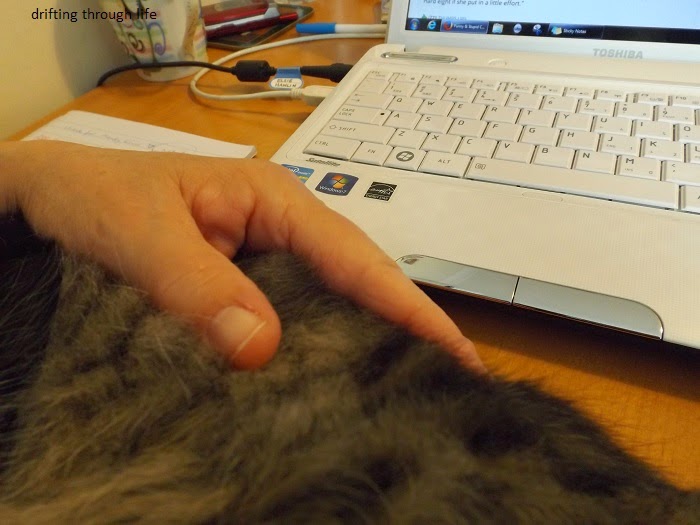 this is my hand just over halfway down his back, by Angel's hips. 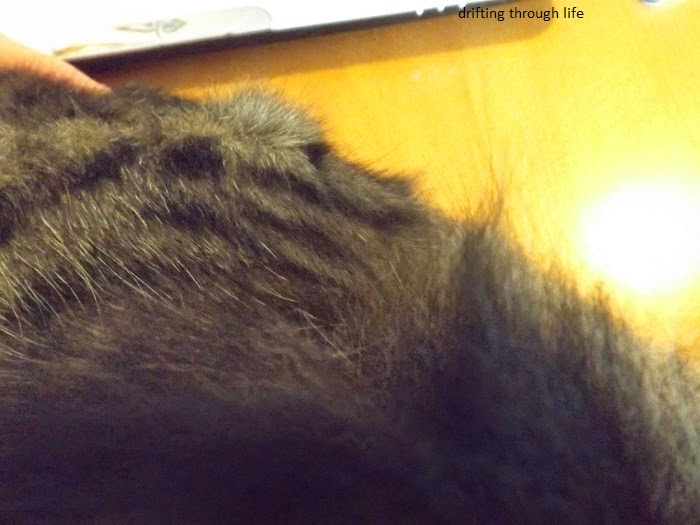 and the rest of him with his tail curled up and around. You can just see the tip of my finger in the top left hand corner. 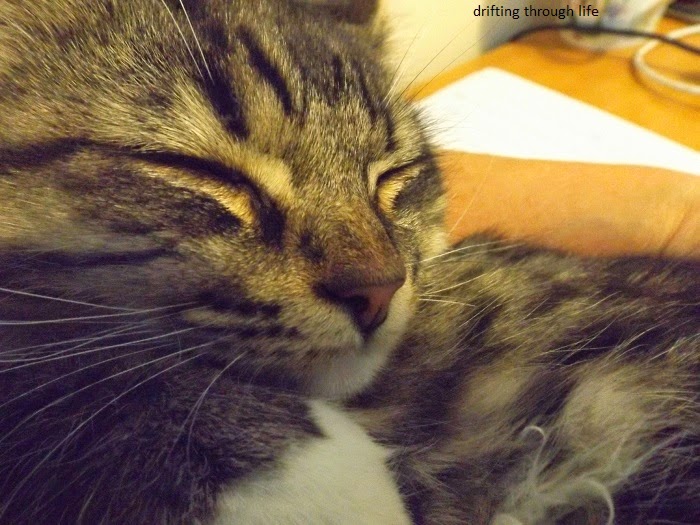 Look at that face. Hard to believe he sometimes drives me bananas. 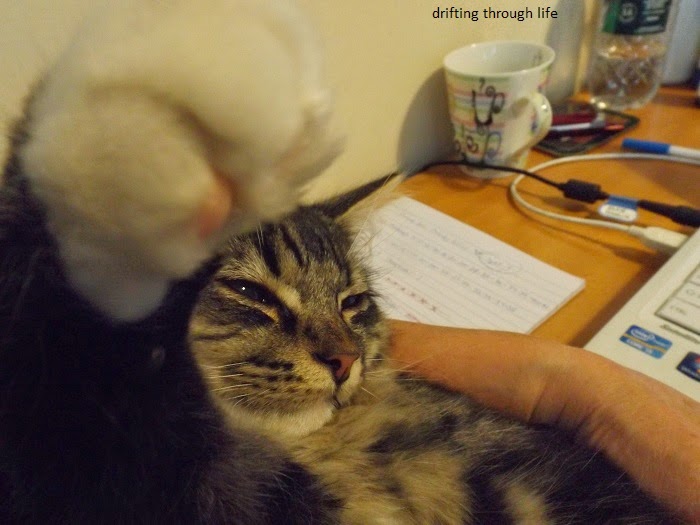 see that raised paw? He's just reached up and patted my cheek. Probably saying put the camera away now and get back to rubbing my cheeks.
He LOVES having his cheeks rubbed.