December 08, 2019
Long, long ago, in days of yore...Kim of Frog Ponds Rock, (who no longer blogs), dreamed up a meme called Sunday Selections. A place where those who were willing could put up photos they wanted to share, new, old, good, bad or indifferent, any photos you please. Nothing rude or vulgar though.
The meme is now continued by Elephant's Child and I occasionally join in as do a few others. Drop in to Elephant's Child and have a look.

A few weeks ago, Joanne, from Cup on the Bus, mentioned Swedish Apple Pie, which sounds delicious and she included the recipe, which I immediately copied and printed. The next weekend I made Swedish Apple Pie.

A few problems were immediately apparent, the first being that my pie dish is way too small and couldn't possibly hold the eight apples the recipe called for. So I used five.
Second problem, the topping seemed to be quite stiff and not easy to spread over the apples in the dish, I plopped it on in spoonfuls and spread it around via the backs of two spoons, which worked quite well.
Problem three was waiting for it to bake, with the delicious aroma in my kitchen I could hardly wait to try it.

so here it is, 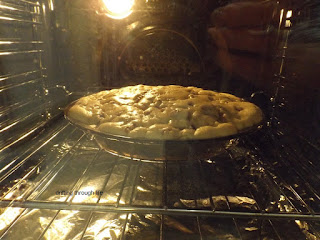 baking in the oven while I wait impatiently in the background, washing up the prep dishes. 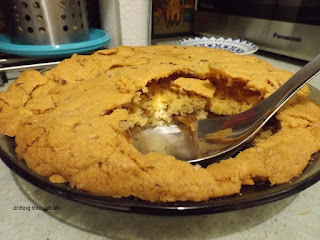 the crust was browned and crusty too soon I thought, so I covered it with foil and put it back in, maybe you can tell here the crust is actually quite hard, similar to the "baked clay" dough wrapped around chicken in a recipe that I can't quite recall. 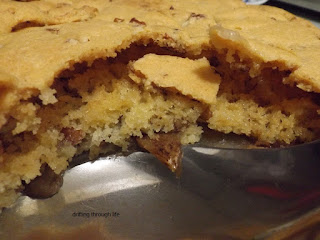 under that hard crust though, is a softer cake texture, made even more delicious by the addition of the chopped pecans to the mix. 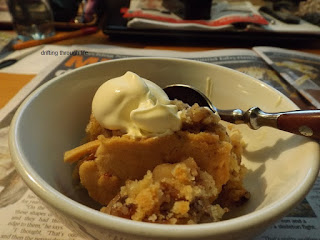 first serving was eaten with a dollop of cream and after that I really wanted to just dive into the pie and eat my way out, like a cartoon character.
Thank you, Joanne.

Several months ago, maybe even a couple of years, I promised to show developments on the block next to our "Community Centre" after the ramshackle house was torn down.
I missed getting photos of the beginning but here are photos I took a few weeks ago: 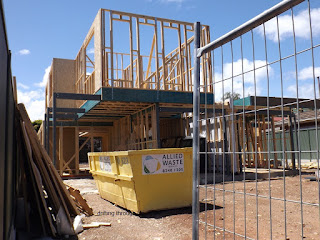 two, two storey townhouses, partially constructed. The block is not wide, but it is quite deep, 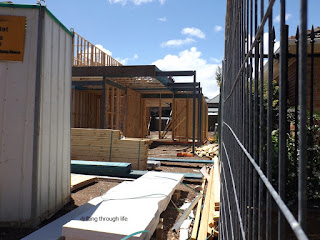 so the townhouses are long and take up most of the block. The picture of the finished houses on the front of the block shows they are not pretty, just boxes sitting on boxes. 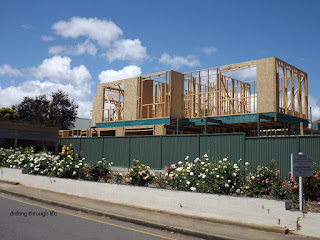 here is the view from the driveway, 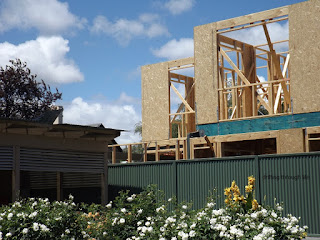 and a bit closer. Behind the top story framing you can see the house continues towards the end of the block, so they will be quite large when finished. 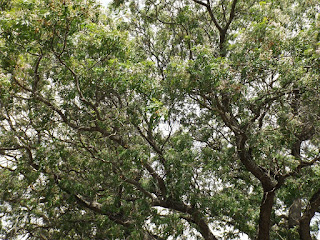 This enormous white cedar tree, fairly close to my back porch, which causes much Hayfever grief, has a secret. 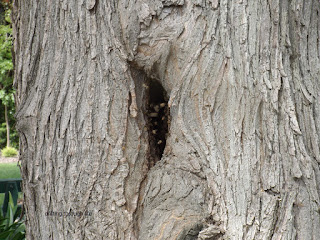 a hole in the trunk, larger than it looks here, is home to a bee hive. 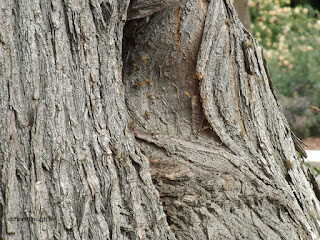 here is a side view, you may be able to see a few of the bees that were coming and going, not a full swarm such as Elephant's Child showed a couple of weeks ago, these bees were busy working the nearby flower beds. 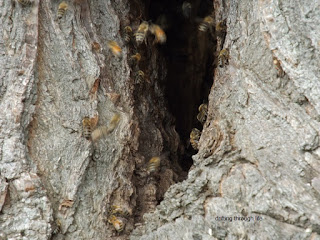 I zoomed in for a better view for you while the bees buzzed all around me, wondering what I was up to. I just stood very still and they realised I wasn't going to harm them. 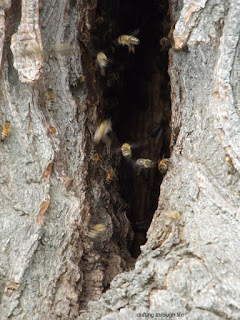 one last photo, then I left so they could keep doing their work in peace.