Long, long ago, in days of yore...Kim of Frog Ponds Rock, (who no longer blogs), dreamed up a meme called Sunday Selections.

A place where those who were willing could put up photos they wanted to share, new, old, good, bad or indifferent, any photos you please.
Nothing rude or vulgar though.

today I thought I'd show you my Christmas decorating for this year.

I wasn't going to decorate, but then it just sort of happened: 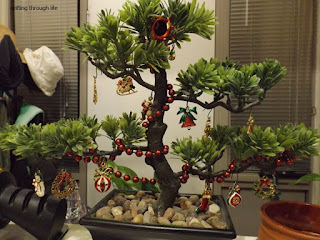 it started with putting some of my Christmas earrings on my fake bonsai tree. I have two fake bonsais, they're identical, but after doing this one I couldn't be bothered with all the fiddly work of doing the other one. 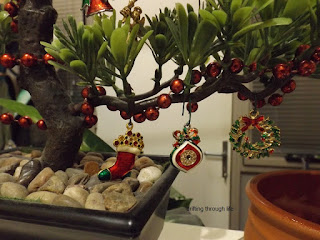 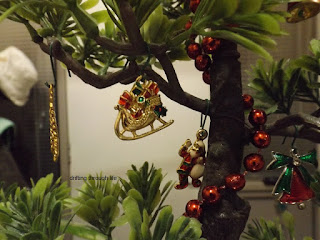 the little sleigh is one of my favourites 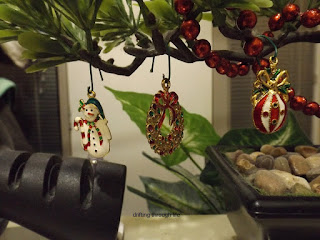 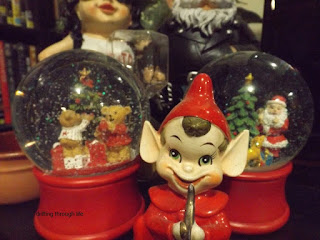 I have two new snow globes, a gift from 'no-one' and I forgot to take close-up shots, the one on the left has two teddies decorating their tree. 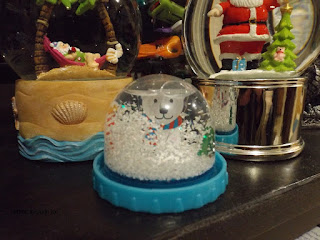 last year's snow globes were found and put out too. The polar bear in a  blizzard one has lost some of its liquid. Does anyone know how or where I can get it refilled? 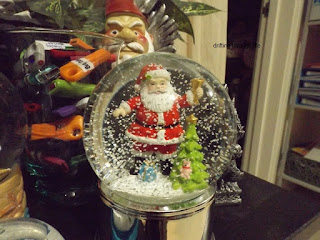 I found the 'snow' settles too fast to get a decent photo of it, unlike when I was very young and snow globes had more snow and the liquid was denser so the snow settled much more slowly. 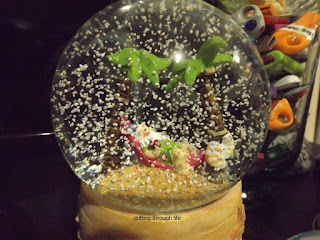 Santa in a hammock on a beach still makes me smile 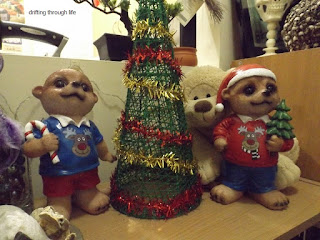 I found these two Christmas themed meerkats at the local supermarket. The tree is an old one that I've had for several years now, I leave the tinsel on it and just wrap it up each year. 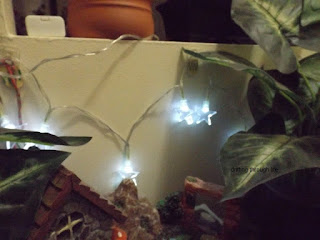 my LED star lights get left up all the time, they come in handy if there is a blackout, this year I had to put new batteries in the control box 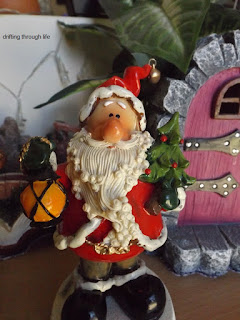 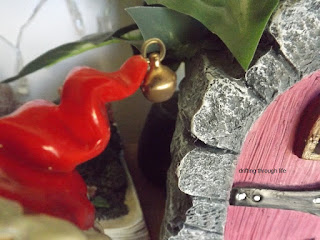 he even has a tinkly bell on his cap 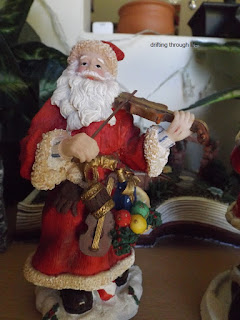 this older style Santa was in a thrift shop right next door to the first one, there are five thrift shops together in that one area and by the time I'd had a good rummage through all of them I almost fell asleep on the bus going home. 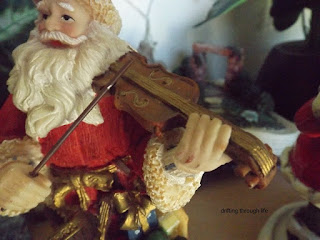 He is playing a violin, 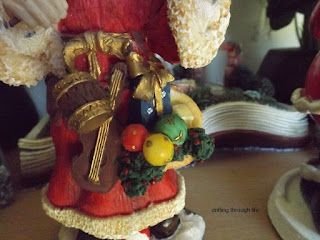 and has a ukulele and a miniature tom-tom hanging off his golden sash. I have never seen another Santa like this, I believe he must be quite old and I'm glad I found him. 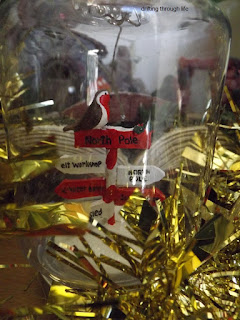 this hanging ornament which isn't hanging here, I found in the local supermarket  a day after I finished decorating. It's not too small, but not huge either, the signpost inside shows the way to the North Pole, to the Elf Workshop, the Reindeer Barn, the Sled and Santa's House.

Then I started on the tinsel: 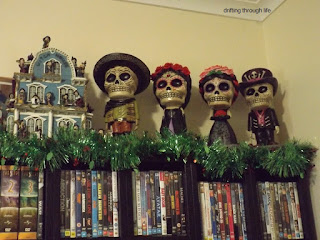 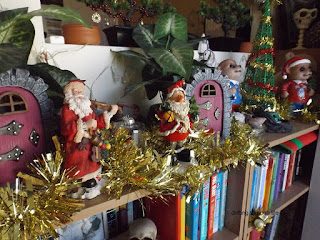 a little bit there, and then I stopped.  Enough is as good as a feast, right?