Everybody ready? Got your cups of tea or coffee? 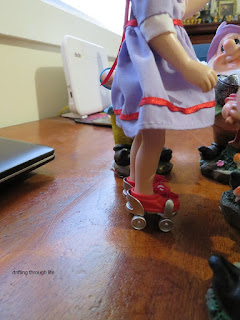 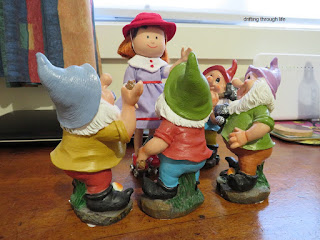 While skating around on the table she met a few dwarfs 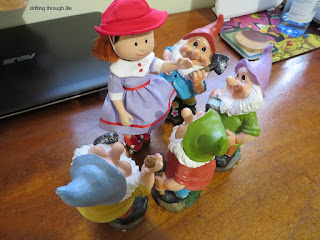 they chatted for quite a while 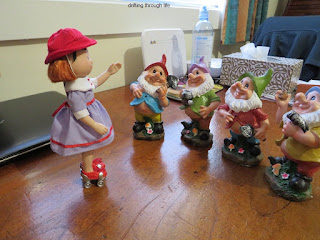 then it was time to leave. "bye now" 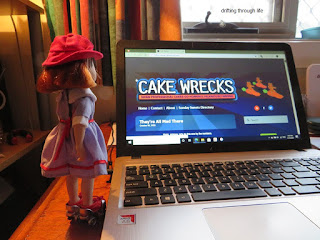 Meg read blogs with me for a while 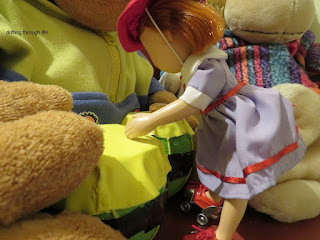 then left to say Hi to the boys, Harvey Banana and Cousin Hugo and had a try at sending a message on the jungle drums 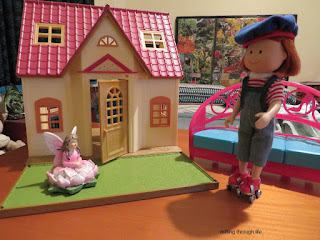 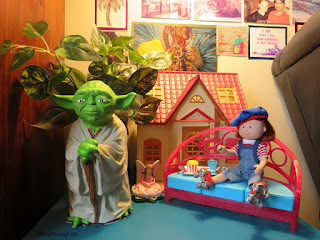 Over into Yoda's patch of course. Where else?

Meg says we should shop for Fairy Queen furniture. 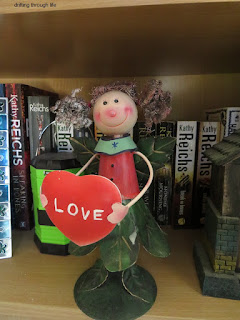 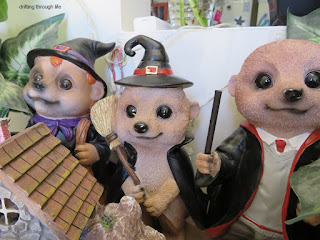 while these three new baby meerkats live on the top shelf, they're ready for their first term at Hogwarts. 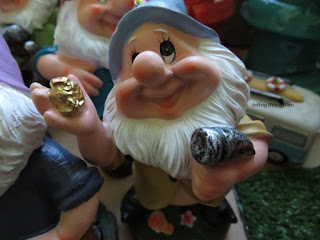 this dwarf has been mining for nuggets for the pots of gold that go at the ends of rainbows.