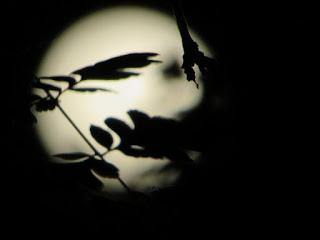 This is one of my attempts to photograph the full moon, just as a breeze blew the leaves of the tree I was leaning against 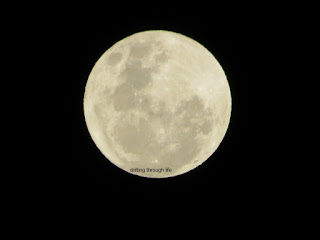 second attempt, not as close as I hoped, but I am not able to see the horizon and get a better, fuller shot from where I am. 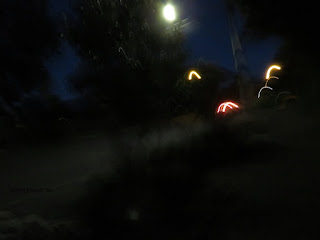 I have no idea what this is, I accidentally pressed the shutter button as I lowered the camera on my way  back inside. I would have liked to stay out longer and try for more photos, but people kept looking out their front doors wondering why someone was  wandering around with a camera late at night, plus there was traffic coming and going. 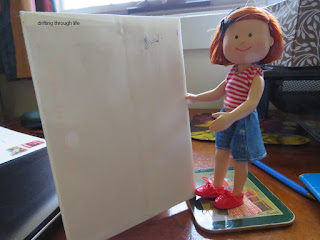 Mum! I got a letter! 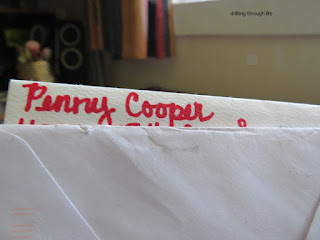 It's from Penny Cooper, my Calendar cousin in America. I hope she doesn't catch that awful virus. 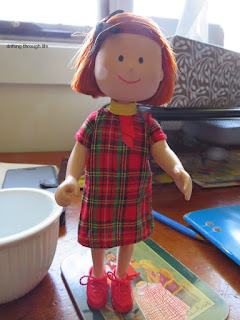 She sent me a dress just like hers! It fits perfectly 😃 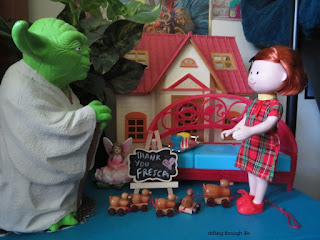 Look at me Yoda, I feel like a real schoolgirl now 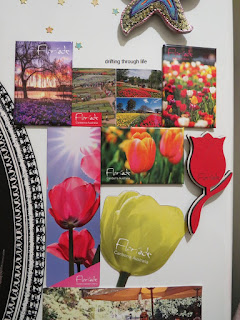 😃I received some mail myself, a tulip fridge magnet from Elephant's Child, that's it on the top right of the collection from previous years. 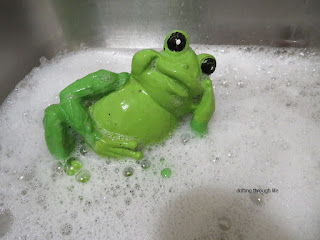 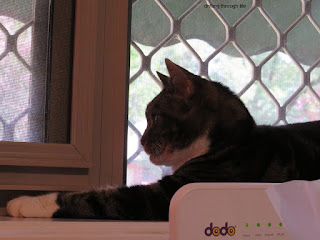 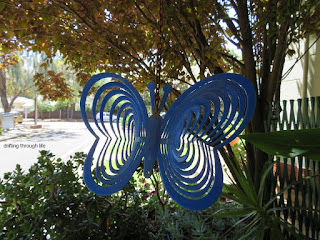 I put my blue butterfly back in the garden, I hope the new owner of the other one and the two hearts is enjoying them. 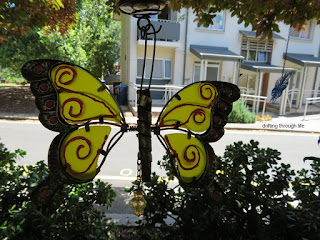 My yellow butterflies went back also 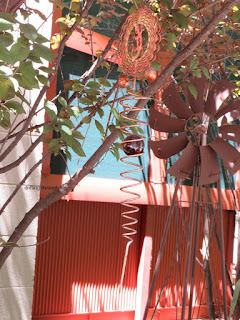 and my favourite windspinner, it almost blends into the background there 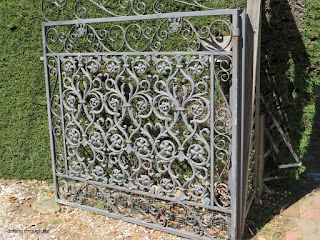 a very pretty gate in a driveway around the block from my home. 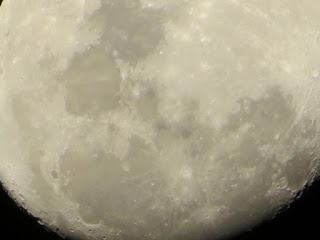 lastly, a moon photo taken by my K, with sparkly bits. I'm guessing that is one of the polar regions at the bottom just right of centre.

NOT taken by me 😞

She is further away from the city, so has less buildings to get in the way of the camera, I only get to see the moon once it is fairly high in the sky.