Let's begin in my back porch today: 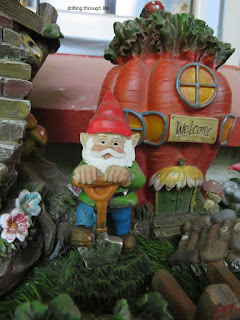 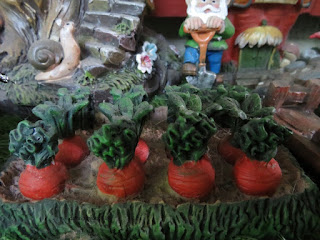 who loves to tend his carrot patch, but when all is done there... 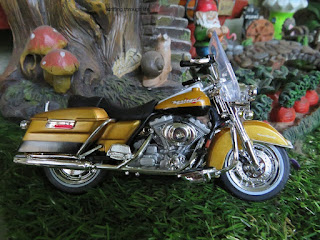 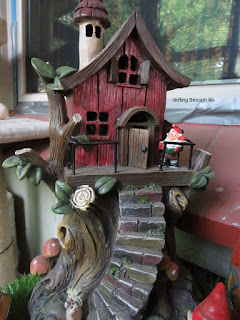 once home again, he often climbs the stairs to visit with Sam Baker 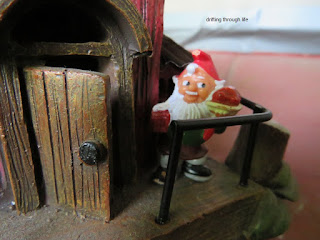 for tea and cakes 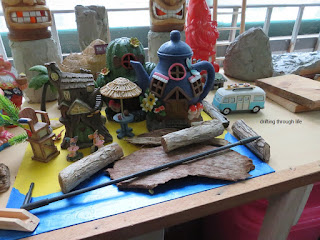 the other side of the porch is a messy work-in-progress, but not much progress has been made since the weather heated up and often enough the air out there is a bit lot too strong with whatever certain neighbours are smoking 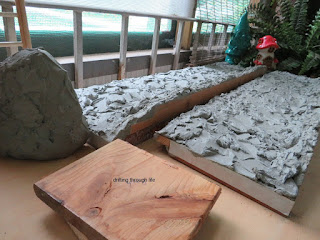 there are boards with tile adhesive coating 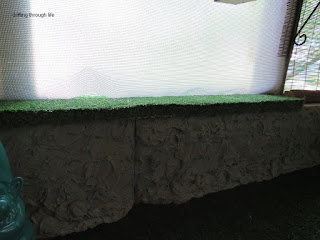 that became cliffs as a background with "grass" on top and  more "grass" in front of that. To the left of the grassed area I plan to make a beach area. 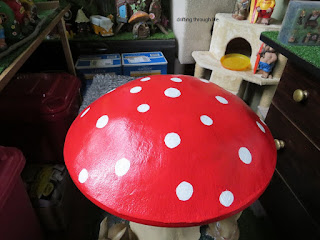 other construction, not done by me, has seen a giant mushroom evolve from odd bits and pieces glued together and shaped, again, not by me, then painted by me. 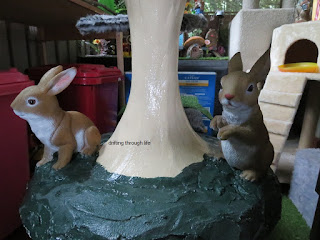 most recently two bunnies have been added to the base. This will be moved into the garden tomorrow,
it weighs more than I do, so I can't see anyone  picking it up and walking off with it. 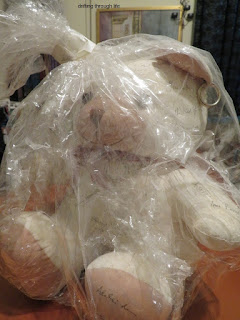 Here is Henry, my autographed bear from my factory days. 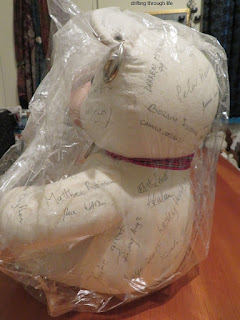 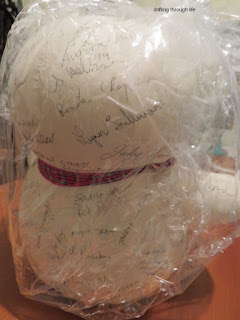 Still enough names to be memorable, but sadly I have forgotten so many of them now. 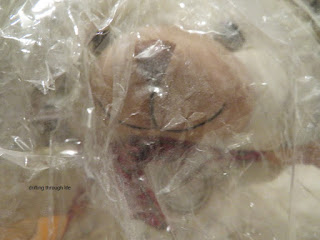 Henry continues to smile though. 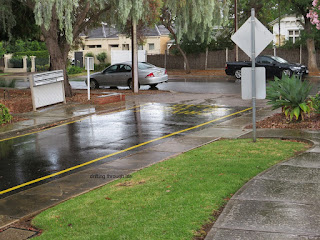 we had some very welcome downpours last week, I thought about dancing in the rain, then thought about slipping and falling, so I didn't 😀 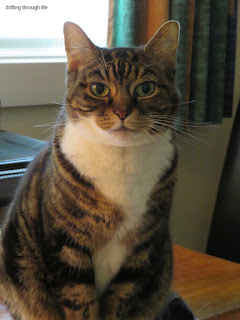 Lady Lola, queen of the house, actually posing for the camera for a change 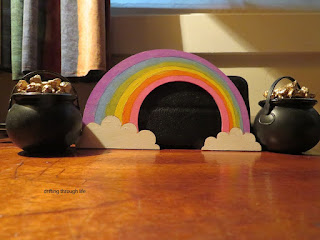 lastly, something to dream about: rainbows with pots of gold at both ends!