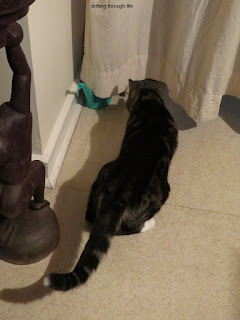 Lola in stalking mode, the curtain was blowing in the breeze from the fan and she could see Draco's nose every time it moved. 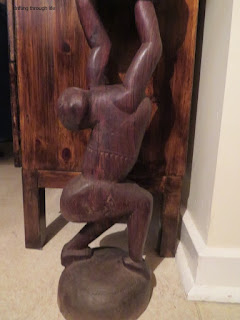 this is the carved wood statue just to the left of stalking Lola, looking so much better since I began feeding the wood, which was so dry it was grey and beginning to crack quite badly 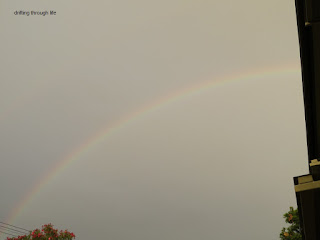 I managed to get a rainbow, but it was quite pale 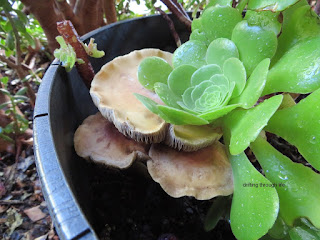 large fungii growing in the pot of aeonium 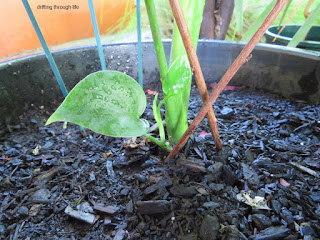 new leaf growth on the monstera 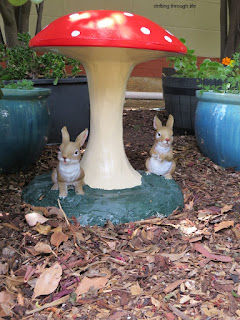 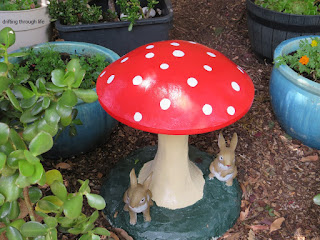 top view, the bunnies are bought from Cheap as Chips 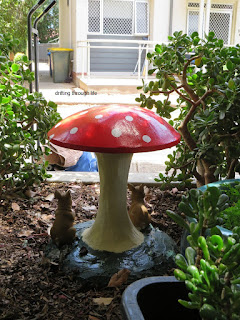 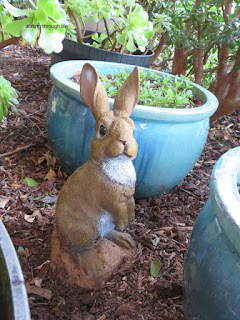 one of the two larger bunnies we put out there 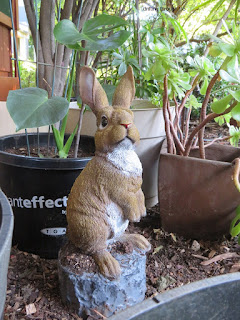 and the other one, sitting up on his pedestal, otherwise identical to the first one 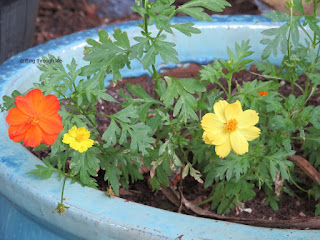 some bright cosmos which have turned out to be a smaller variety than I'd wanted, but just as pretty 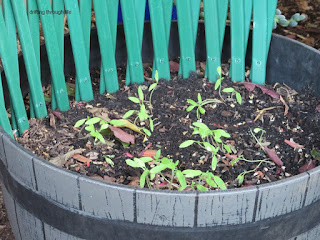 my tomato seedlings have been a disappointment, these are from the seeds I saved from the delicious heritage tomatoes, messages from my children say their seeds didn't amount to anything, so I have thrown away the rest of the saved seeds and will plant bought seed instead. 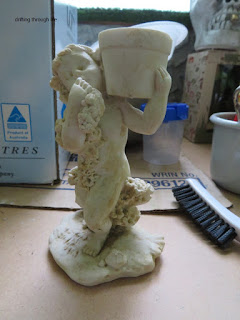 here is my next paint project, this little girl, about 6 inches high, has been out in the weather for years and is beginning to crumble, so I will paint her in light cream colour then add a bit of pink and green on the flower wreath climbing around her. 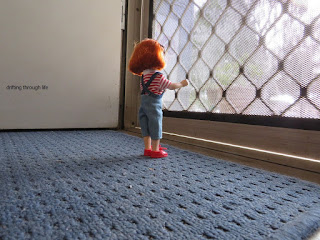 Meg: "the outside is soooo biiiig!" 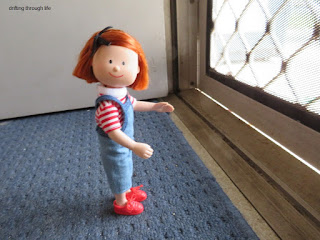 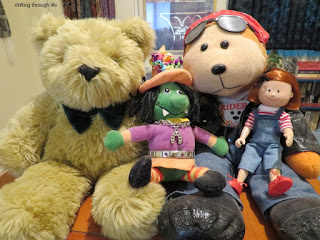 "Maybe another day, I'll visit with some friends instead" the teddy is Jackson, the witch is Drusilla and the Biker Beanie Boy is Harley