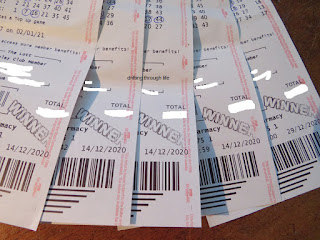 Five winning lottery tickets! Small prizes for a total of just over $40. Guess I won't be buying that house on the beach just yet. 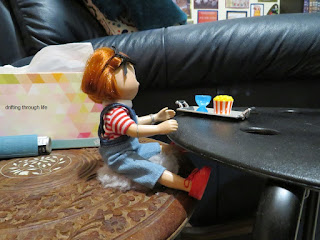 It's Movie Night! Meg is very excited, she has her little tray of popcorn and lemonade 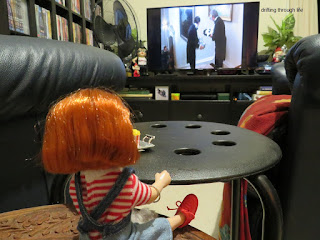 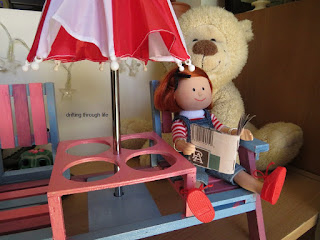 Next morning, Meg read snippets from her newspaper to Caramel, the stuffed baby polar bear behind her, 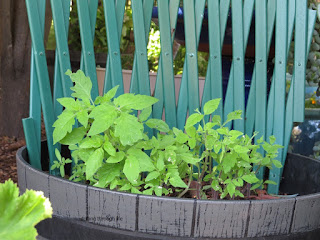 while I went out to check on my tomatoes. They're looking not too shabby, in spite of being planted way too late. These are from the seeds I saved last summer, family and friends I gave some to have all reported failures, so I'm not expecting tomatoes, just hoping. 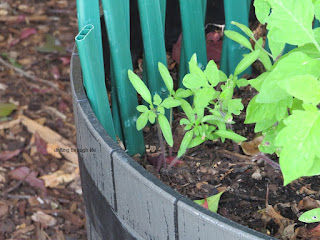 behind the bigger plants is a row of smaller ones from seeds that I bought, they're more likely to produce fruit and in the meantime, they'll be shaded from direct sun by the front rows.  Clever, right? 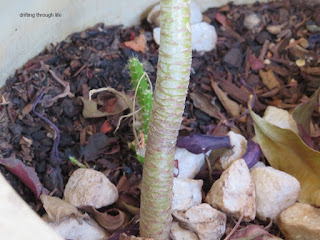 The biggest surprise this week is finding a tiny, tiny shoot hiding behind the Black Prince aeonium, looks like my Christmas Cactus has survived after all! I was very happy to see it, I thought for sure it had died after every single bug in the garden had feasted on it.