It's possible Elephant's Child may not participate this week, as she is a little under the weather. 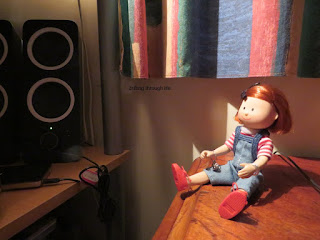 it seems Meg shares my love of rock/pop music 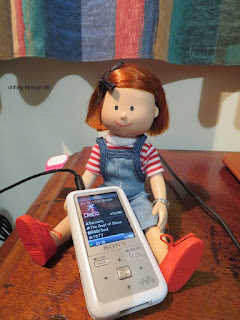 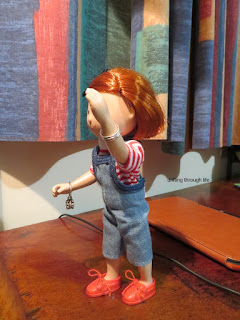 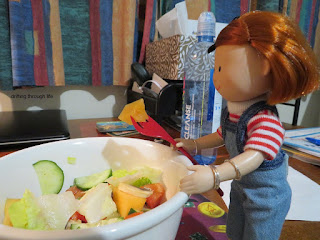 "all that dancing has made me hungry, mmm, rockmelon" (canteloupe) 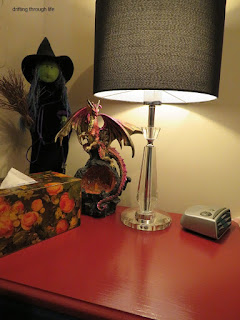 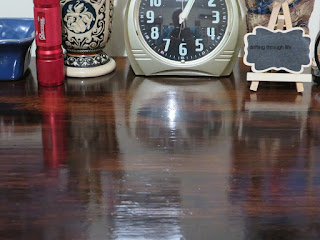 look at that shine!
meanwhile, out in the fairy/gnomes gardens, 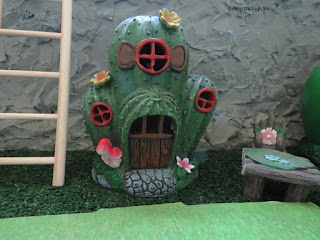 the new Cactus Bar is ready for customers 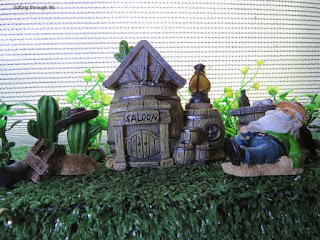 while on the clifftop above, the smaller Saloon already has a happy chappy resting outside 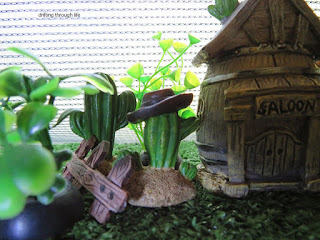 this one is known as The Lone Hat Saloon. Legend has it an old cowboy drank his well-earned beer, then lay down to rest under the shade of a cactus, where he then died. He was buried out the back and his hat placed upon the cactus as a memorial. Every few years, as the hat weathers and disintegrates, it is replaced with a new one. 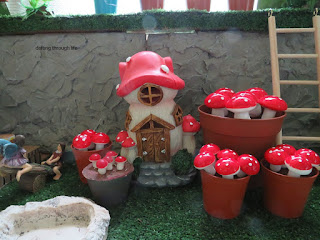 at the base of the cliff, a little further along, The Mushroom Farm is going gangbusters!
More next week  😀