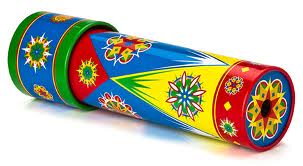 I had one of these as a kid, not as pretty to look at, but it made wonderful patterns that I loved to look at. No two patterns were ever the same

Hands up who else had one? 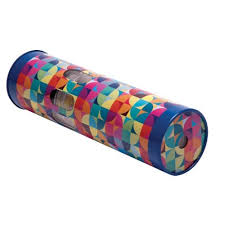 "A kaleidoscope is a cylinder with mirrors containing loose, colored objects such as beads or pebbles and bits of glass.
As the viewer looks into one end, light entering the other creates a colorful pattern, due to the reflection off of the mirrors.
Coined in 1817 by Scottish inventor Sir David Brewster, "kaleidoscope" is derived from the Ancient Greek καλός (kalos), "beautiful, beauty", εἶδος (eidos), "that which is seen: form, shape" and σκοπέω (skopeō), "to look to, to examine", hence "observer of beautiful forms."

A Kaleidoscope operates on the principle of multiple reflection, where several mirrors are placed at an angle to one another, usually 60°. Typically there are three rectangular mirrors. Setting the mirrors at a 60°so that they form a triangle. The 60° angle creates seven duplicate images of the objects, five at 60°, and 2 at 90°. As the tube is rotated, the tumbling of the coloured objects presents varying colours and patterns. Arbitrary patterns shows up as a beautiful symmetrical pattern created by the anreflections. A two-mirror kaleidoscope yields a pattern or patterns isolated against a solid black background, while the three-mirror (closed triangle) type yields a pattern that fills the entire field.

Modern kaleidoscopes are made of brass tubes, stained glass, wood, steel, gourds or almost any material an artist can use. The part containing objects to be viewed is called the 'object chamber' or 'object cell'. Object cells may contain almost any material. Sometimes the object cell is filled with a liquid so the items float and move through the object cell in response to a slight movement from the viewer.
Sir David Brewster began work leading towards invention of the kaleidoscope in 1815 when he was conducting experiments on light polarization, but it was not patented until two years later.  His initial design was a tube with pairs of mirrors at one end, pairs of translucent disks at the other, and beads between the two.

Brewster chose renowned achromatic lens developer Philip Carpenter as the sole manufacturer of the kaleidoscope in 1817. It proved to be a massive success with two hundred thousand kaleidoscopes sold in London and Paris in just three months. Realising that the company could not meet this level of demand, Brewster requested permission from Carpenter on 17 May 1818 for the device to be made by other manufacturers, to which he agreed.
Initially intended as a scientific tool, the kaleidoscope was later copied as a toy. Brewster later believed he would make money from this popular invention; however, a fault in his patent application allowed others to copy his invention.

Most kaleidoscopes are mass-produced from inexpensive materials, and intended as children's toys. At the other extreme are handmade pieces that display fine craftsmanship.
Craft galleries often carry a few kaleidoscopes, while other enterprises specialize in them, carrying dozens of different types from different artists and craftspeople."


I picked up a kaleidoscope in a toy store a few years ago and had a look inside, but I was very disappointed to see that the coloured bits just rolled around in the cylinder, there were no patterns at all.

Here are some of the patterns made by a good quality kaleidoscope. 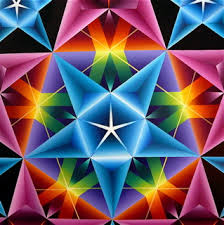 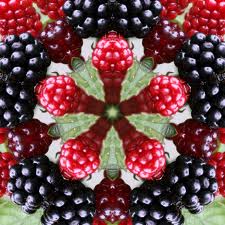 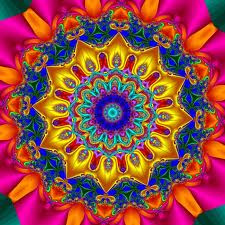 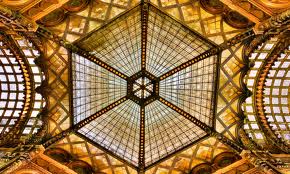 this one could be a domed ceiling in a library or museum. 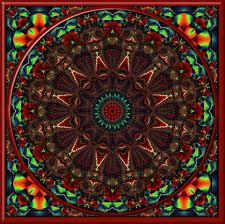 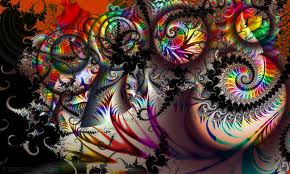 I really like this one. Fabric printed like this would make a fabulous doona cover.
Or a great skirt!
I'm not sure if this is made in a kaleidoscope, or if someone used kaleidoscope images to create the picture.
Either way, it's really good and I love it. 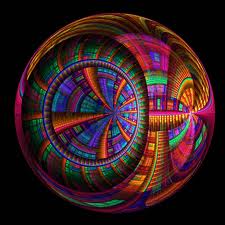 I have to find another kaleidoscope, it's been a long, long, time since I gazed at the patterns.