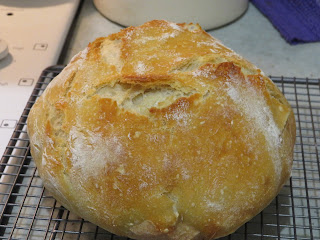 my second attempt at baking bread. Looks good doesn't it? Well, looks can be deceiving, this was a no-knead recipe where you leave the dough to rise slowly overnight. I worried that my yeast would die in the cold and it did. The bread inside that lovely golden crust was greyish, doughy and sour tasting, also very salty. Into the bin with it. 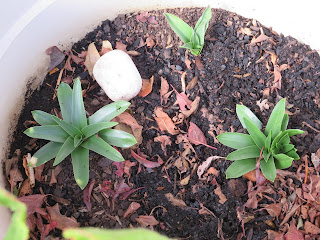 the bulbs I first planted are making slow progress 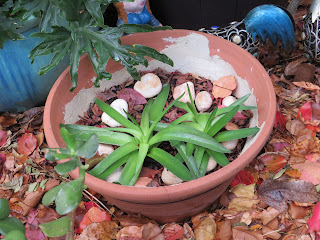 while the ones I planted weeks later have made speedier progress with the leaves now being long enough to be strappy, easily eight inches long. 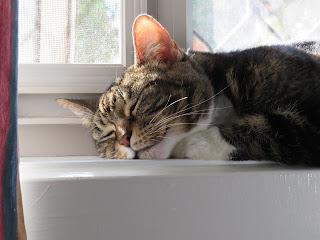 here is Lola doing what Lola does best 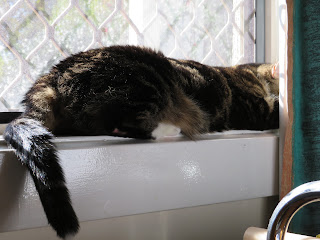 and turning her back to the camera 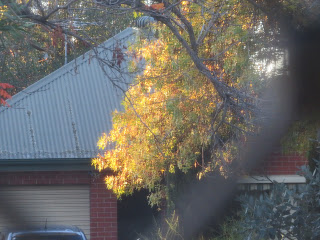 seen through my window, the tree across the road has been lit by the setting sun.

With winter coming on, it is time to stock up the freezer: 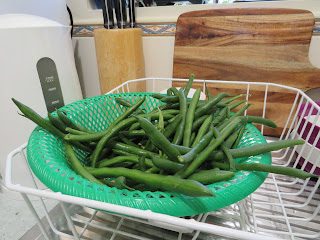 rinse the fresh green beans (store bought), this is the last few of the 2kg I bought 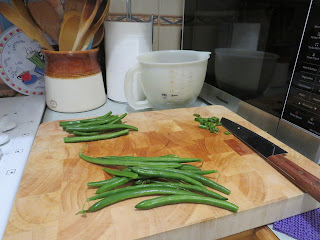 top and tail, then slice them, I like diagonal slices 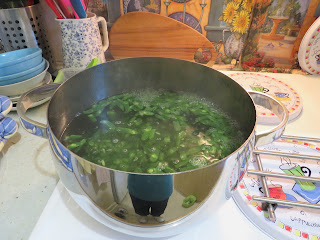 into the boiling water for blanching 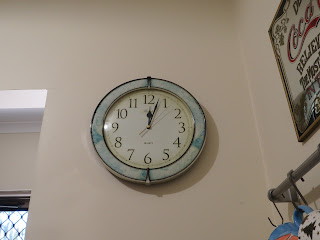 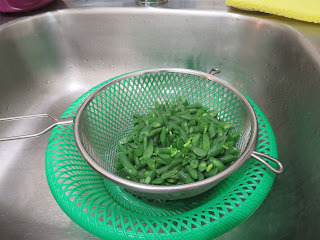 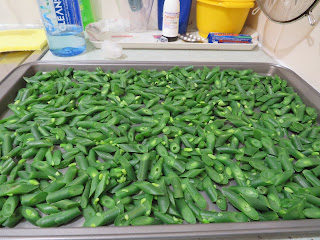 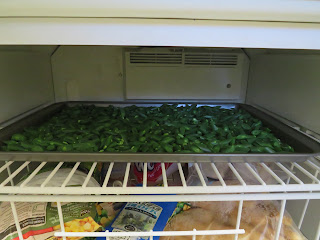 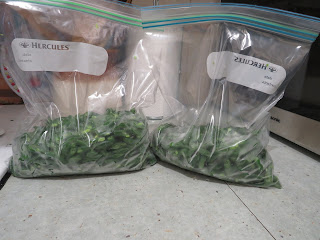 use a plastic spatula to loosen them from the tray, bag up the beans 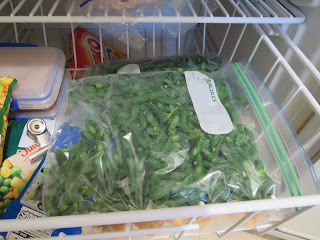 and put them  back into the freezer, ready for winter dinners

The next day, I did the same with 2kg of carrots.

My freezer also holds  a box of 40 fish fingers; 12 home made garlic burgers, sausage hotpot, but only one serve is left, six serves of beef casserole and a couple of store bought microwave dinners, plus bags of green peas and sweetcorn and cooked sausages.

There's half a loaf of bread in there, a tub of icecream that I've been working on since December, (it's almost all gone now), frozen mozzarella cheese and some garlic bread slices. And an old ice cream tub that I use for things that would go stinky in the wheelie bin, like fat I trim off my meat, uneaten 'wet' cat food and so on. I empty it into the wheelie bin on collection day.