The rules are very simple:-
1. post photos of your choice, old or new, under the Sunday Selections title
2. link back to me, River, somewhere in your post
3. leave me a comment so that I know you've joined in and can come over and see what you've posted.
4. hop on over to Elephant’s Child to see more of her wonderful photos.
Andrew often joins in too, but he is currently holidaying in the summery northern hemisphere, hopefully taking lots of photos.

I usually go with a theme for my Sunday Selections and this week I'm showing you my garden. again. 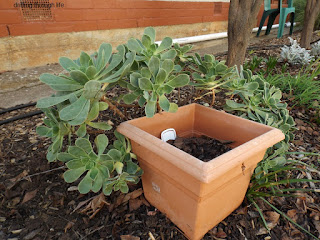 I was given this echeveria by neighbour T; it's quite sprawling and floppy, so I've propped it up with my square pot. I broke sections off it and planted them , now I'm waiting for them all to take off. That won't happen until spring, so I've got quite a wait ahead. 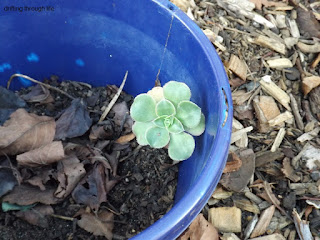 Here is one of the tinier heads that dropped off as I moved the plant into place. I put it in the pot so it wouldn't get lost in the mulch. 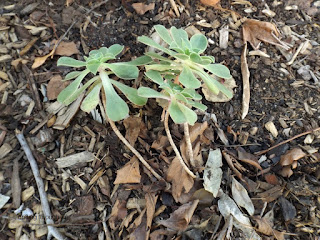 And here is one of the bigger sections I broke off to plant. 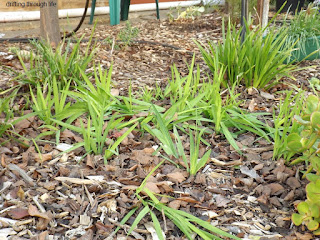 Spring bulbs are popping up all over, these floppy ones are freesias, the dense patches, back left and right, are the kangaroo paws. 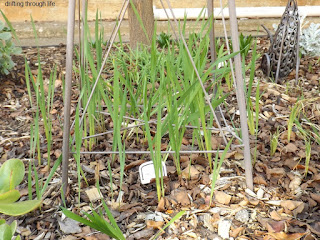 tall Ixias growing inside the windmill frame for support. 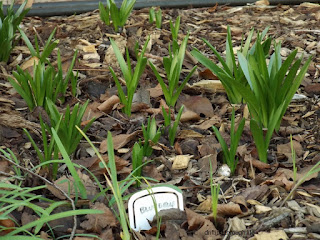 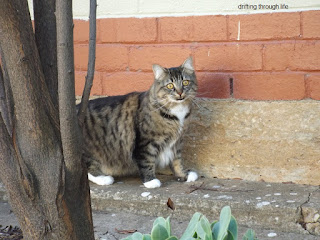 look who's been following me outside. AngelBoy. I changed my mind about keeping him in, I have him out there when I'm outside, he wanders around and I catch him and bring him back in when I'm going in.
Look at that facial expression, what do you suppose he's thinking? He's a lot happier now and sleeps better at night, which is much better for me too. 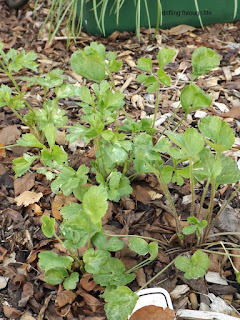 Ranunculus; just a small patch, many of the bulbs I stored crumbled away to dust. 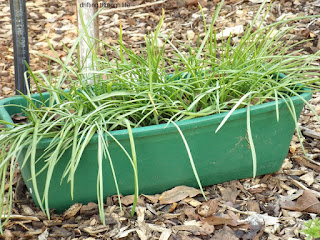 grape hyacinth or starflower? we'll have to wait and see. 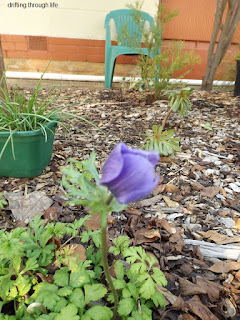 Anemone, already beginning to bloom; a little blurry as the breeze was blowing. 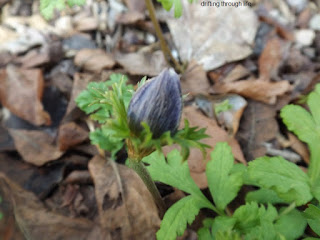 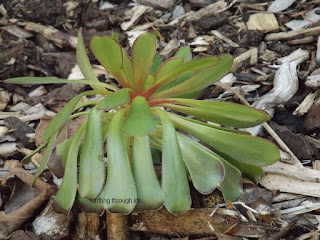 I have several of these green aeonium cuttings from neighbour T, they're a little droopy as they've just been stuck in the ground and don't yet have a root system for support. 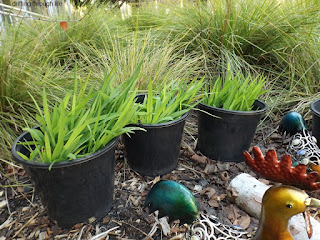 I'm fairly sure these densely filled pots are freesias; as I took this photo I noticed my chickens have 'lost' their feet in the mulch. Well at least they won't blow over in a strong wind. 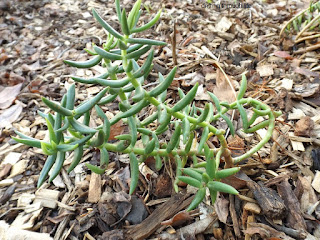 I don't remember what these are, or if they will flower, I have two of them, also from T. 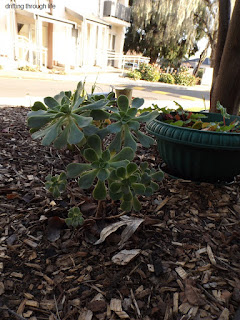 another large piece off the sprawling echeveria. 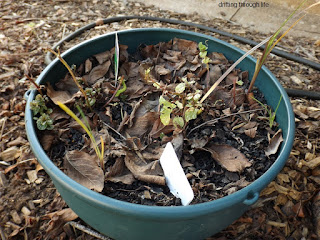 My mint, which began so promisingly, is looking very sad. I'll see if it grows again in spring, if not I'll buy a new plant then. 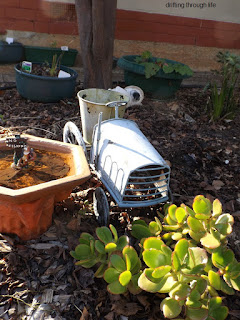 in between this tractor, 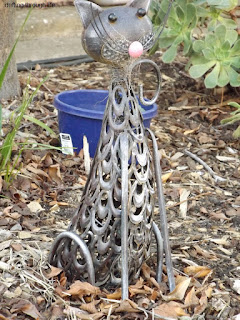 and this cat (with the spider-web beard), 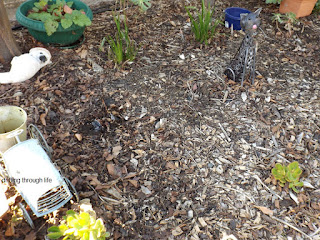 is a large empty space, which will be filled in the spring, 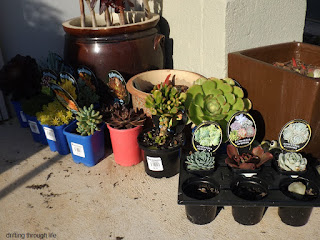 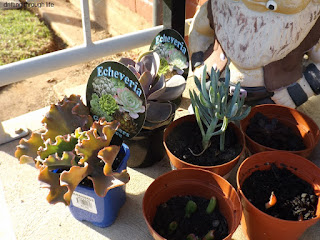 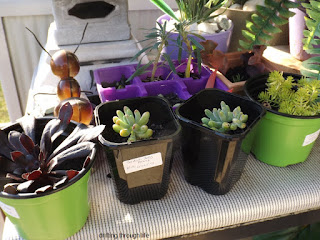 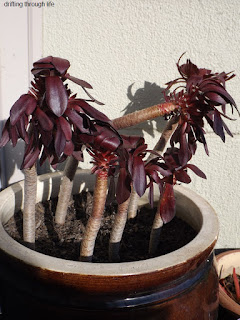 six black aeonium cuttings which I will space out between the green ones.

This time next year, I'm hoping it will all be starting to grow together, filling gaps and looking pretty.
There's even going to be a wide and shallow pot, or two, for the miniature succulents.