I usually go with a theme for my Sunday Selections and this week we're taking a trip down memory lane.

We built this house: 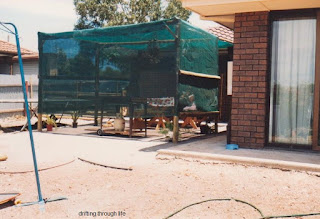 and K put up this temporary pergola while we planned what to do with the rest of the back yard.
Things didn't work out, so we sold the house... 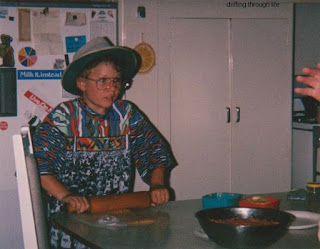 and moved here, where J developed an interest in cooking. Here he is crushing cornflakes.

Time passed and we started over.
Built another house.... 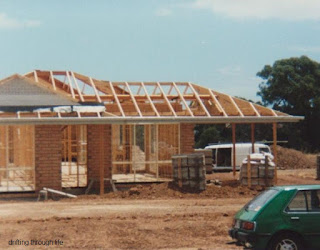 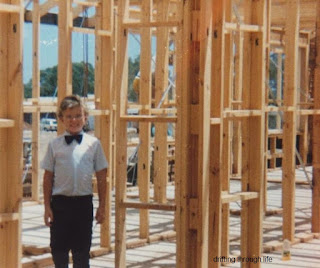 J standing in what would be his own room 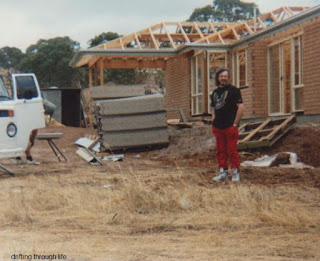 K inspecting the foundations or something 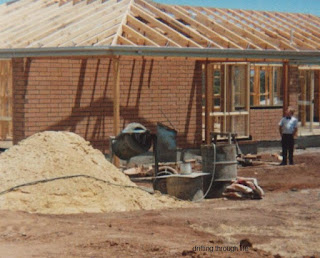 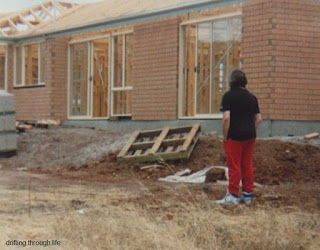 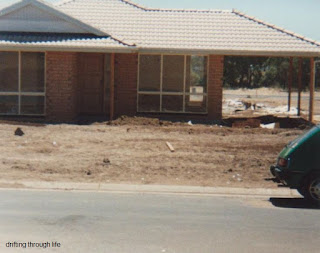 almost ready to move in 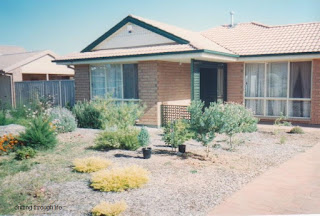 this is about eighteen months after we moved in, front garden making good progress. 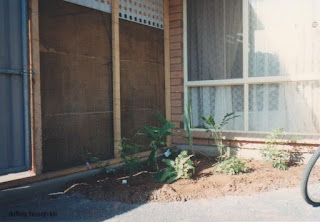 one small side garden begun 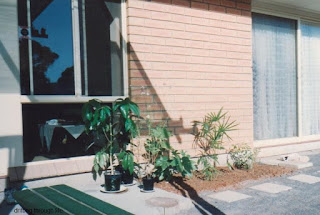 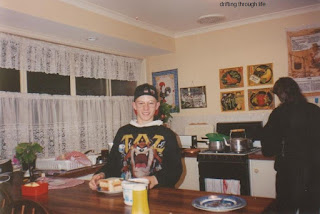 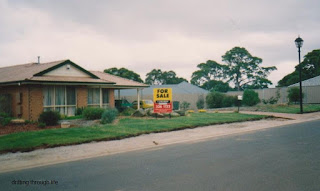 and a few months after that. For Sale. Again. 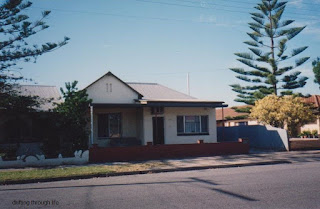 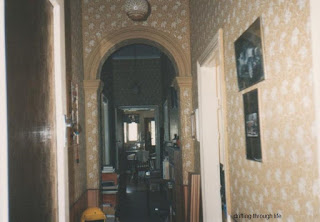 the hallway full of unsorted stuff we hadn't yet found a home for.
See those walls? That's not wallpaper, they're stencilled. Most of the rooms were like this, in different colours (*~*) 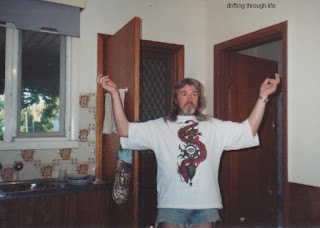 "Jesus" was still living with us at that time. (K) 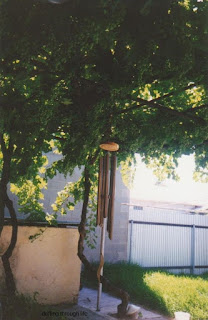 the back porch grape vine with my most favourite wind chime. 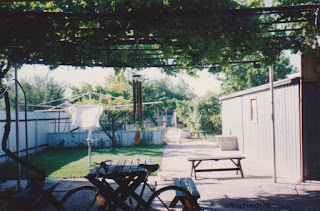 looking from the back porch way down to the back fence 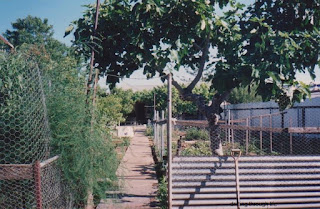 and from the back fence to the back porch. The enclosures you see either side of the path are chicken yards. Roosting shed on the left, free run on the right. I thought about getting some chooks, but that didn't happen. We used the roosting shed to grow boxes of mushrooms. 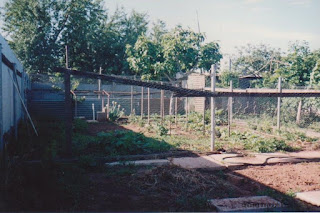 veggie gardens between the chicken run and the small lawn where the washing line was. 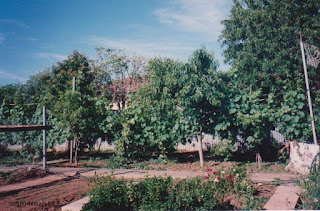 fruit trees and another grape vine on the other side.

The soil was fabulous, anything would grow and we had all that fruit! This is where I grew enough carrots and zucchini to feed an army, in one season!

Looking back now, I wish we'd stayed there.

**my blogger friend R Mac Wheeler has a new book!


"A visceral tightrope of deceit, abuse, and murder.

Aran’s a researcher—for a killer. Not a profession of her choice. With her keeper’s death and the end of her servitude she may never have to plan another assassination, but she will kill to survive. Those who contracted her mentor’s hits will come for her. She knows too many secrets accumulated the past decade analyzing the routine of those tagged for death."