another repost from December 2010 where the monkey mayhem happened

August 19, 2020
Last night I opened the tree box, set the tree on a stool, then went to bed. I couldn't be bothered with decorating it. (There's that procrastination again.) 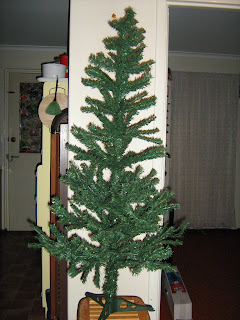 While I was sleeping the monkeys got up to a little monkey mischief, (yes, I have stuffed toys, I keep them for little visitors to play with and technically they're not all monkeys, I know, just humor me ok?) 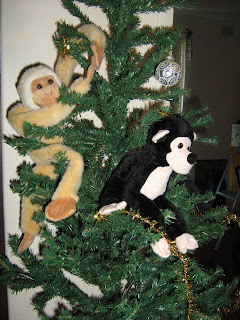 George and Jerome climbed into the tree and began attaching tinsel and baubles. 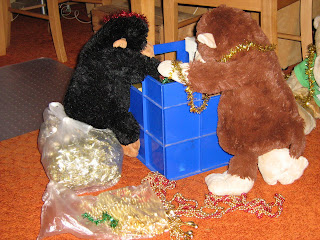 Hugo and Harry pulled stuff out of the crate to hand up to them. 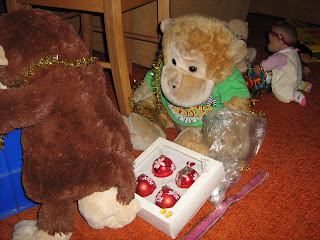 Harvey put himself in charge of the silver baubles when he saw that they'd broken one of the red ones. 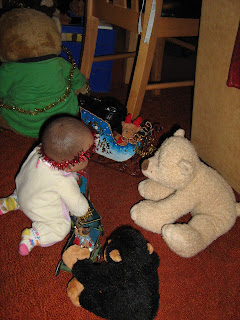 The "babies" played with Santa's sleigh and the lolly train. Luckily it wasn't yet filled with lollies. 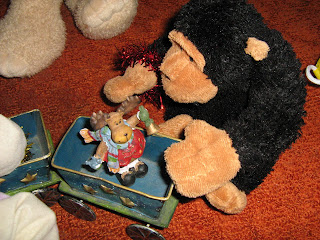 Hector gave a reindeer a ride. 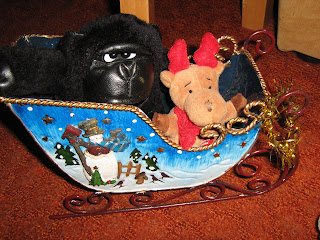 Hank Jr. commandeered the sleigh with his mate Not Rudolph. 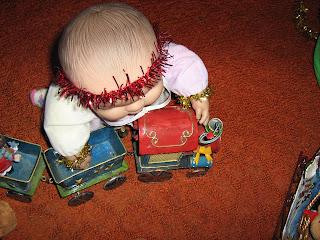 Sarah was the engine driver. 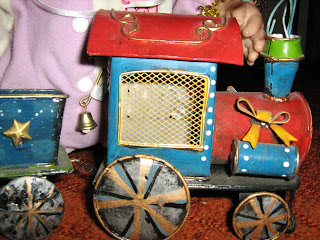 This is the engine. The two cars behind are filled with small sweet treats for people to take as they leave after visiting. The sleigh also gets filled with lollies The decorating is going well, pass up some more tinsel. 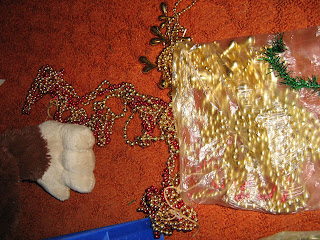 Where's the bag of tinsel? 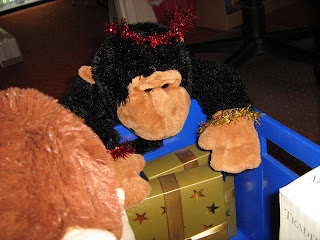 We can't find the tinsel. 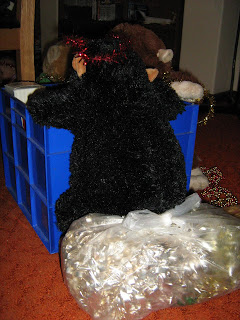 Aha! Hugo's using it as a cushion. 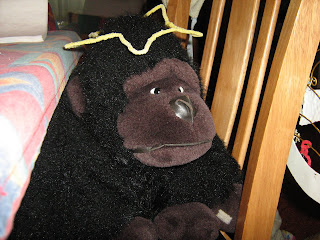 Grumpy Hank made an excellent supervisor. 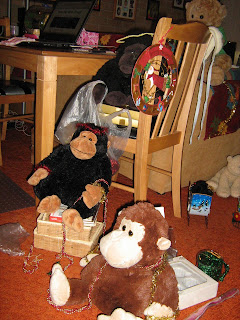 Taking time to admire their handiwork. 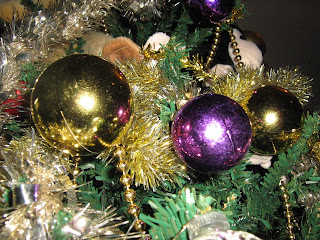 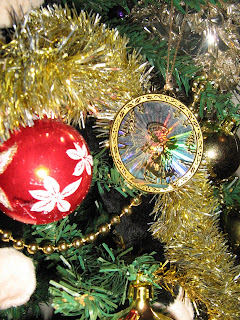 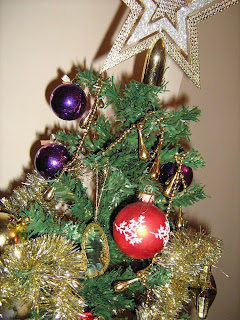 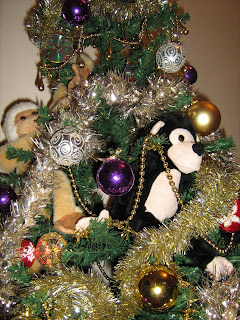 But what's this?? Jerome and George are still in the tree!!
Well, that'll keep them out of any more mischief for a while. 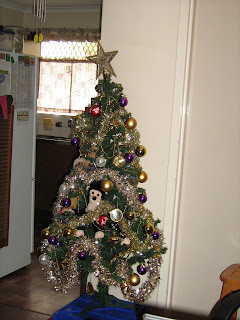 I think they did a pretty good job!