The rules are very simple:-
1. post photos of your choice, old or new, under the Sunday Selections title
2. link back to me, River, somewhere in your post
3. leave me a comment so that I know you've joined in and can come over and see what you've posted.
4. hop on over to Elephant’s Child to see more of her wonderful photos.
I usually go with a theme for my Sunday Selections and this week I'm taking a walk down memory lane, with photos of the garden in my previous residence. 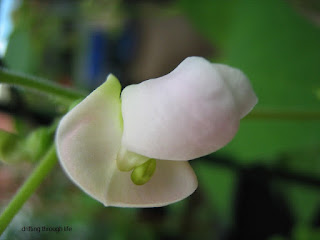 this is a bean flower, probably my first since I was excited enough to photograph it. They're pretty I think. The plant went on to produce dozens of green beans. 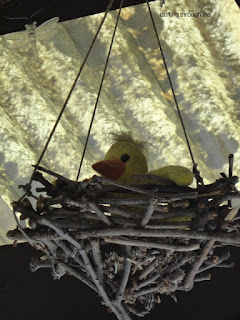 this twiggy bird nest was constructed and hung in the carport by L for the fluffy duck he found sitting on the fence post. 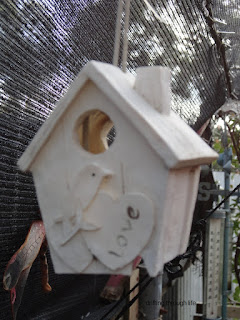 the miniature birdhouse was blown off its perch one year by a big wind and it sadly fell apart :( 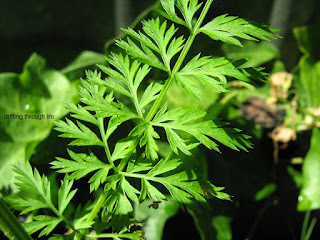 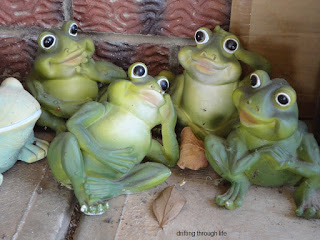 my frog family came with me when I moved and are now looking rather the worse for wear, faded and cracked. 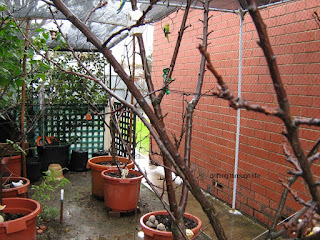 the fruit forest part of the garden. I had a cherry tree, two plum trees, an apricot, a nectarine and a peach tree, and two apple trees, one red, one granny smith. I also had a fig tree cutting, but it didn't survive. 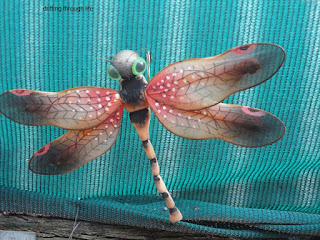 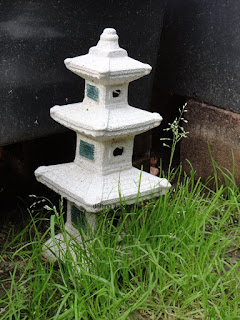 the gecko highrise, which turned out to be more popular with spiders, mostly redbacks (black widows) 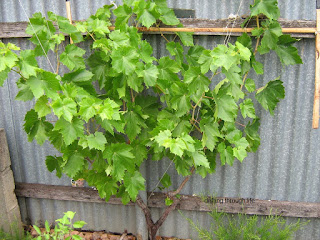 my sultana grape vine got off to a good start, but faltered when L kept changing its position. It didn't live long enough to produce any grapes. 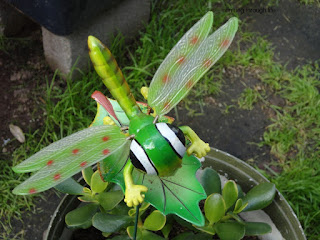 my green plastic dragonfly in a pot of jade. The jade eventually grew around the stem of the dragonfly and couldn't be removed, so it is here now, in my current garden, with the dragonfly still there, but faded and brittle now and barely visible in the much larger jade. 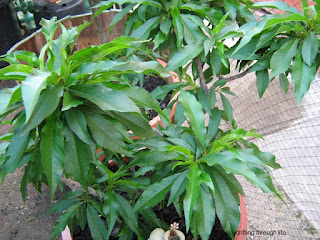 the nectarine making good growth; this is a miniature tree (as the peach tree was also), but I moved here before it was old enough or strong enough to set fruit. All my trees went to the local community garden  a week or so before I moved. 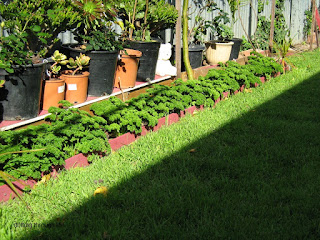 along the back fence I had a hedge of parsley, which I picked and dried and stored in jars before I moved. 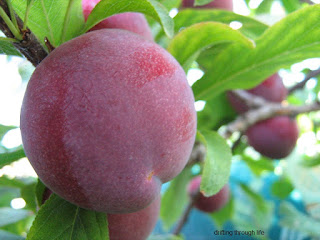 the plum trees did very well; I had a Satsuma plum and one other, also dark red fleshed, that I can't remember the name of. Ah! A Mariposa plum. 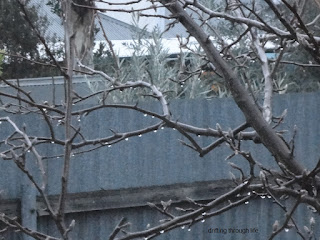 raindrops on the ornamental pear tree in the front lawn. Planted when it was barely a metre high, and three years later it was shading the front of the unit. 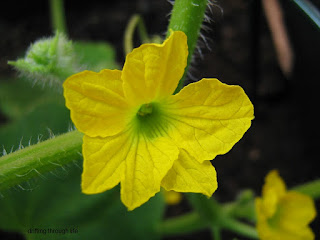 flowers on the miniature rockmelon vine (cantaloupe) I didn't get many fruits from this, I think three, about tennis ball sized and so sweet and juicy.
I had a lot of miniatures, either  mini trees that grew full sized fruit, or mini vines and veggies that grew miniature fruit. I had mini capsicums that grew tiny fruits not more than an inch long. bite sized, in four different colours. Miniature cauliflowers with heads that would fit in the palm of my hand. 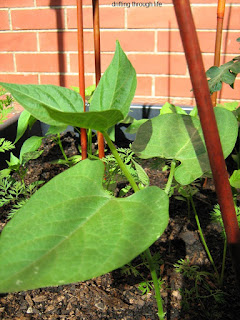 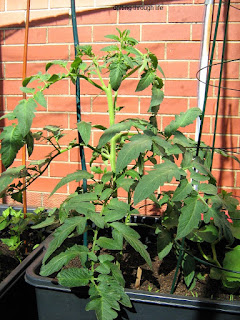 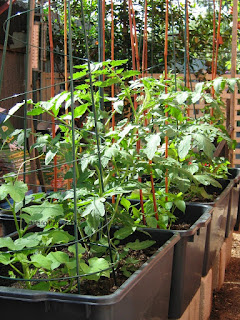 tubs of seedlings all growing strongly, third tub along was the miniature capsicums and behind that was mini cabbages, caulifowers and a tub with broccoli which didn't do well.

and after all that gardening? 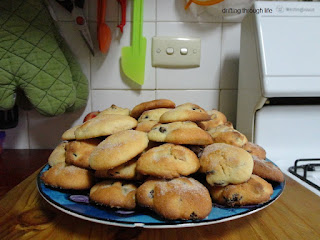 a plate of home made biscuits. Snickerdoodles with craisins (dried cranberries).