The rules are very simple:-
1. post photos of your choice, old or new, under the Sunday Selections title
2. link back to me, River, somewhere in your post
3. leave me a comment so that I know you've joined in and can come over and see what you've posted.
4. hop on over to Elephant’s Child to see more of her wonderful photos.
I usually go with a theme for my Sunday Selections and this week we're going for a walk.
Along a clifftop.

I read about a coastal boardwalk down along the southern area, from Marino to Hallett Cove, maybe a little further in either direction, total distance approximately 7kms, I think.
I didn't walk the entire distance, I quit about halfway along.
When you view these images, you'll see why. This is not the easy stroll I imagined. 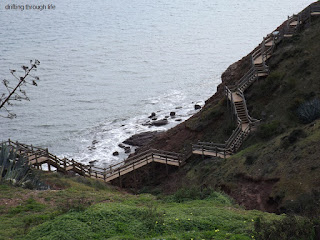 if you're afraid of heights, I wouldn't recommend this. 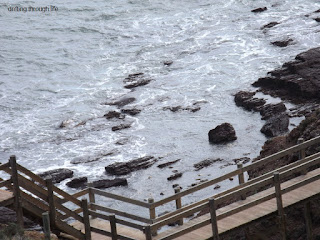 look at those rocks! 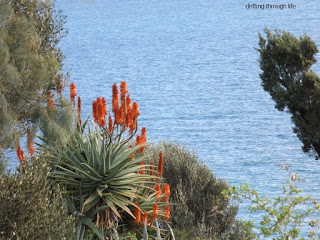 walking from the road to the boardwalk, I saw these red hot pokers in someone's garden. 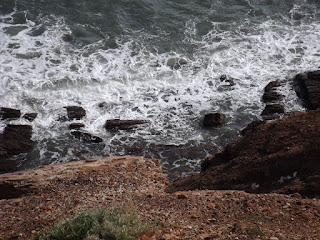 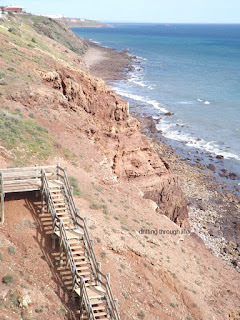 some areas have little vegetation and you can see just how steep most of the boardwalk is. 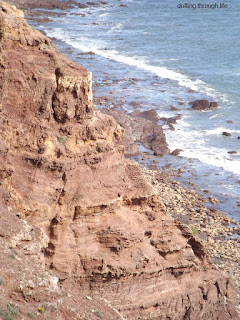 more of the cliff and the waves. 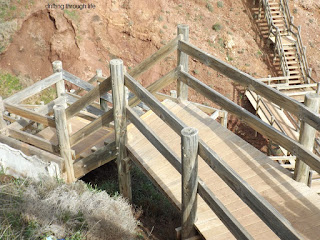 down one side and up the other, I took it very slowly, being as unfit as I am, I was passed by several much younger people and also by an elderly gentleman who strode along quite quickly.
He possibly lives in the area and has been walking this trail a long time. 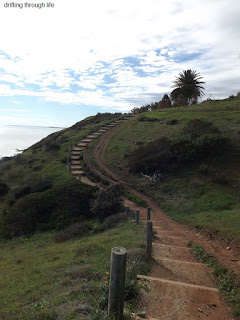 some of the trail is stepped pathway, which looks easy, but the risers are a little higher than they look; my thighs got quite a workout hauling me up and down the steps. 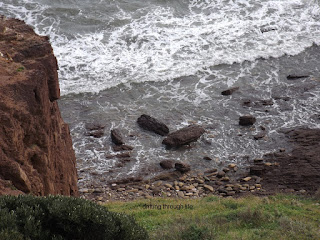 another look down at the waves. 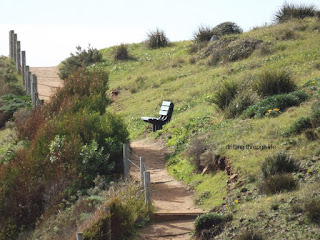 there are seats along the way, not many, but I managed to pass three and sit on each one to rest a bit. 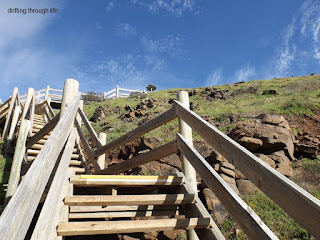 looking back up to where I'd just been. 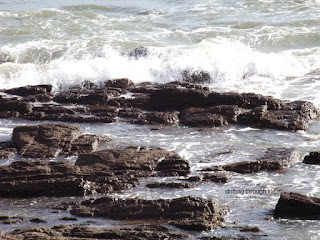 rocks and waves again. The view was so amazing, the day sunny, a nice breeze was blowing. I felt like my face might be getting sunburned in spite of the sunscreen, but it didn't.
When I go back, and I WILL go back, I'll start at the northern end and walk away from the sun. 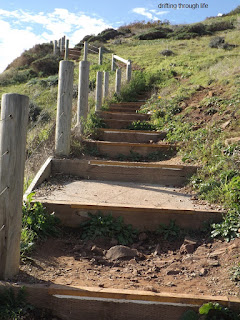 the risers don't look high, but they are about 30-35cm in some places and after a while I copied the elderly gentleman who'd passed me earlier, and used the goat track alongside the steps. It was much easier going. 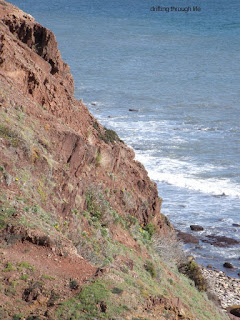 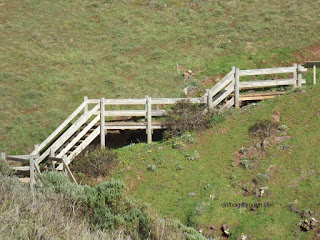 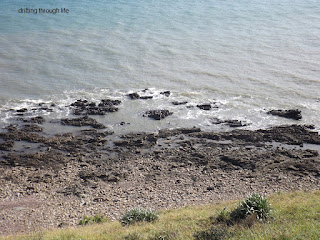 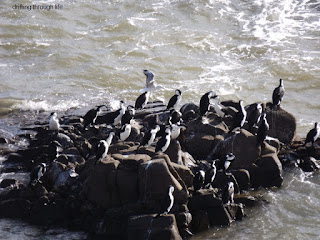 it was covered in birds, cormorants I think.

looking at most of these, you might think it is an isolated area, far from civilisation, 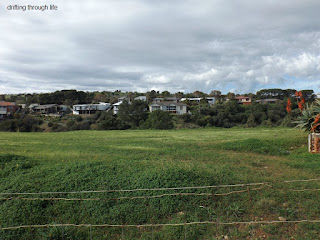 but there are houses and people aplenty. The houses you see here are on the westernmost street so no homes can be built in front of them to spoil their view. I took this standing on the boardwalk with the cliff edge right behind me. The green area isn't large, off to the left of the photo, the street curves around closer to the cliff.
There is no beach at the bottom, just rocks, waves and deep water.