February 23, 2020
Carried now by Elephant's Child, this meme is several years old and anyone at all is welcome to join in, just don't post anything rude or vulgar.

we shall begin today with Lola: 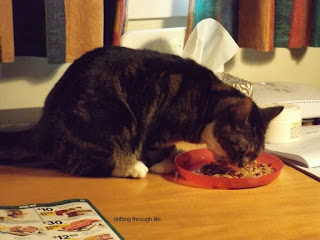 this cat has decided she is a person and insists on eating at the table. Sometimes. Other times I place the plate right under her nose while she is on the windowsill (and hope she doesn't knock it over the side) because for some reason known only to her, the kitchen is no longer an acceptable place to eat. 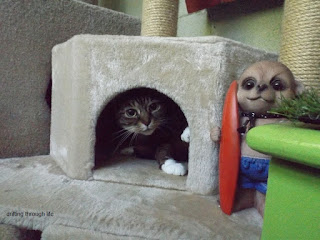 after two and a half years of refusing, she finally decides the cubby on the middle sized scratching tower is a good place to nap in. The bright green edge you see there is the porch table. 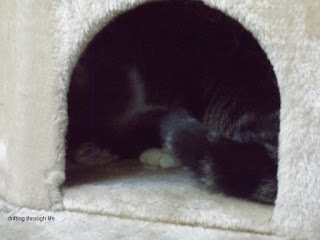 here she is settling down. 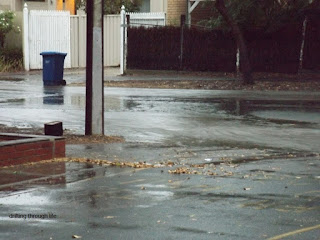 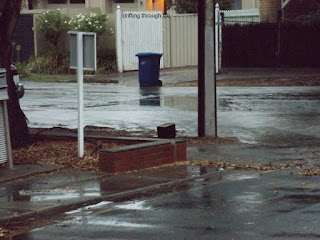 and photo number two, of the day when my street became a river in under ten minutes and lasted for about an hour. This was the cloudburst desperately needed in another state to help put out some fires. 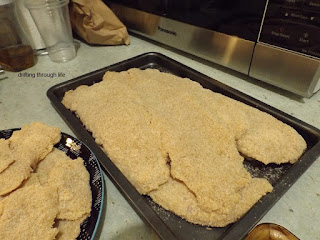 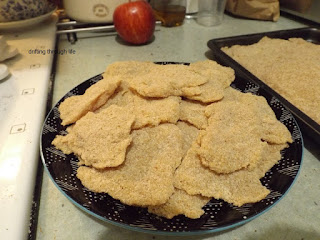 and I even made some mini ones. My version of chicken nuggets. A bit fiddlier to make, but they'll be just as yummy with a plate of salad or chips. 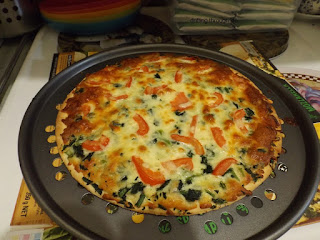 Once the schnitzels were in the freezer, I pulled out a frozen pizza, added a few extra toppings and baked it for my dinner. You can see it's a little overdone around the back edges there. 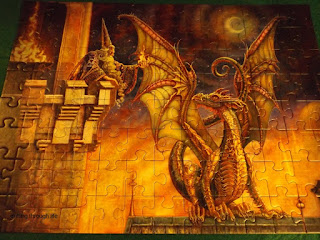 after dinner that night, I tried my hand at a jigsaw. I haven't done one in years, probably decades, so I started with one for ages 6-7, big pieces, and I'll work my way up to the grown-up ones with 1500-2000 pieces.