The rules are very simple:-
1. post photos of your choice, old or new, under the Sunday Selections title
2. link back to me, River, somewhere in your post
3. leave me a comment so that I know you've joined in and can come over and see what you've posted.

I usually go with a theme for my Sunday Selections and this week I have a selection of photos from 1990.

1990 started out badly for us.
Three family members died in a road accident, I had major surgery and "died" on the table, being revived with two full blood transfusions, then we had to sell our home and move to a rental.

But after the dust had settled, things began to look brighter.

My two youngest children settled in to their new schools and made some friends...
The primary school that J was going to announced a "Weekend Away" excursion for his class and parents were invited along.
Cost was manageable, so I signed the form, bought film for the camera and we met with the other kids and parents at the school gates very early on  a Saturday morning.
We were going by bus to Hochsten's Caravan and Wildlife Park and Museum in the Adelaide Hills.

Hochsten's Caravan Park also housed cabins for hire, the main building had venues for hire and while we were there a wedding was booked into one of the main dining rooms.
There was a museum "town" as well, with buildings showing how people lived way back when and a huge shed with old style buggys, wagons and other things from long ago.

Here are some of the photos I took on the day. 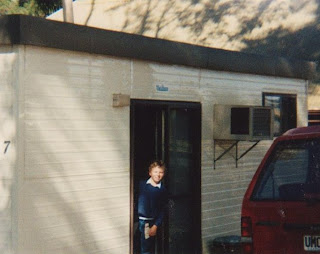 "Our" cabin, where J and I slept along with two of his friends and one little brother. 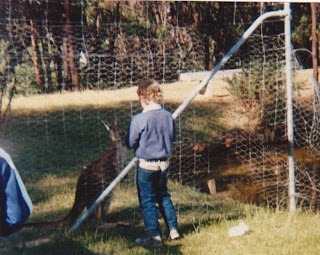 J feeding a kangaroo. Bags of stale bread were provided for kids who wanted to feed the kangaroos or the ducks. 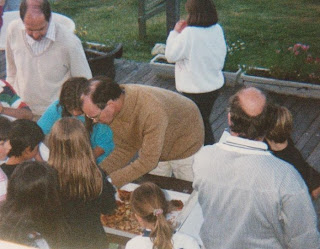 Dinner on that Saturday evening was about a dozen party sized pizzas to be shared by everyone there. 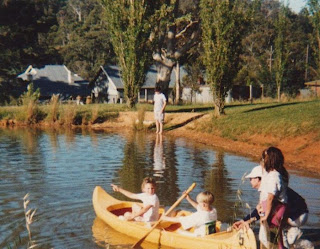 A range of "free choice" activities were available for the kids on that first day, including canoeing on the lake.
That's my boy in the front seat, in his last remaining dry clothes after fooling around and falling in the lake twice.
I remember telling him if he didn't sit down this time, he was going to have to be naked for the rest of the weekend.
He sat.
If I'd known there was a lake, I would have packed more clothes. I know from experience that if a body of water is available, J is going to fall in. 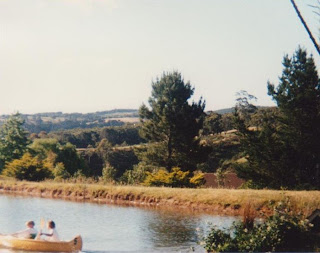 Further out on the lake. 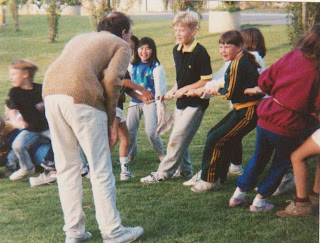 Other activities were half-court tennis, general playing, and tug-of-war.
One of the teachers had brought along a sturdy rope and contests were held; boys against girls, kids against teachers, teachers against parents.
Everyone had a lot of fun. 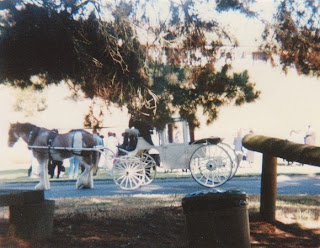 I managed to get a photo of the coach that brought the Bride and Groom to their reception dinner. 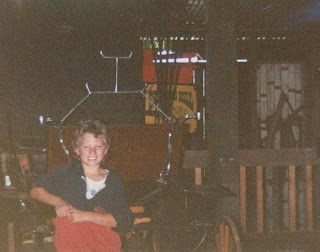 In between activities we all gathered for a wagon ride to the "old town" museum.
This is J posing against one of the old buggys in the big shed. 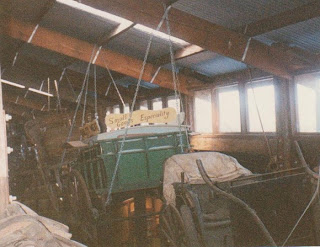 Some of these beautifully kept old coaches and wagons have been used in Australian movies such as The Shiralee, Breaker Morant and the one about Ned Kelly. 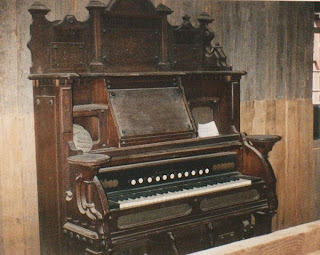 This dusty old piano was between 90 and 100 years old according to a notice pinned to the wall above it.
If it is still there (and why wouldn't it be?) it would now be between 115 and 125 years old.
I imagine it might also be used as a movie prop.
It was set far enough behind a wooden fence that no one could touch it.

It was a lovely weekend away for everyone, kids, teachers and the parents who chose to go along.
I'm really glad I went with J.