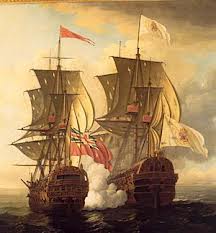 I love books and movies that have galleons and other treasure ships in them.
Like Pirate ships. (Captain Jack Sparrow-Johnny Depp)

I googled for information about galleons, but only found a bunch of stuff that wasn't very useful in terms of blog posting. Dusty old university papers.

I was looking for tales of ships carrying cargoes of gold, gems, etc to a loved one, you know, the romantic stuff.
I guess that's just in the fiction novels.

They were diving and searching for a ship that had sunk a couple of centuries ago, blown off course by a storm, somewhere in the Caribbean.
The Aurelia.

Now there's a place I'd love to go! 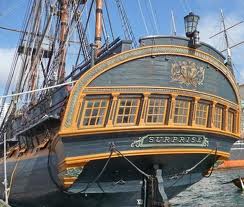 Not to dive for wrecks though, I can barely hold my breath in a pool, I'd be useless way down deep.
Dreaming of doing it is enough.

Many wrecks found have cargoes that are more mundane, there aren't many that have chests and chests filled with gold, rubies, emeralds etc.
These things end up in museums for all of us to see and marvel over. 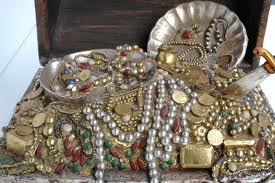 Imagine doing a casual reef dive and finding something like this, above! 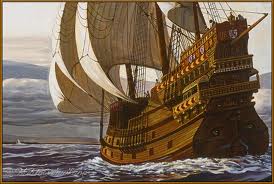 I think they are much more romantic looking than those giant cruise liners that travel the world today.
They did have the unfortunate habit of sinking though.

Where they would lie for centuries gradually becoming completely covered with sand, barnacles and marine growth, until one day the ever shifting sands would move on enough and the wreck was exposed. 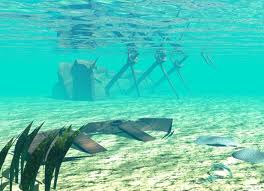 Like this one in the beautiful clear waters of the Caribbean. (I think, could be anywhere) 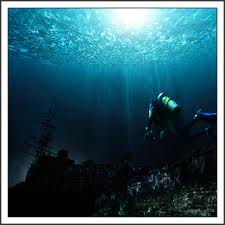 Divers would go down and salvage what they could, hoping to identify the ship, and find out when and why it sunk.

Urns, cups, bowls, anything at all that was on such a ship could possibly hold the answers.


All images were taken from Google Images, (thank you to the owners), over a period of about three days.
Why three days?
Because I would choose a picture and google would be "yes of course you can borrow that one", then I'd choose another and google would say "another one? nuh-uh, in your dreams lady, come back tomorrow".
Pffft!!

Good thing I started working on this last week.