I hope you're not all getting tired of seeing Angel on Saturdays.
Let me know, okay?
I won't be taking too many new photos, these days he hardly sits still for long enough. 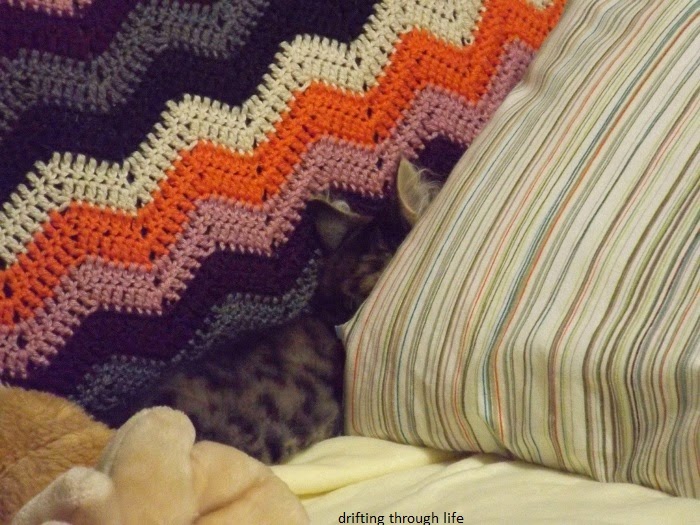 hiding behind the cushion when he saw me approaching with the tube of eye ointment. 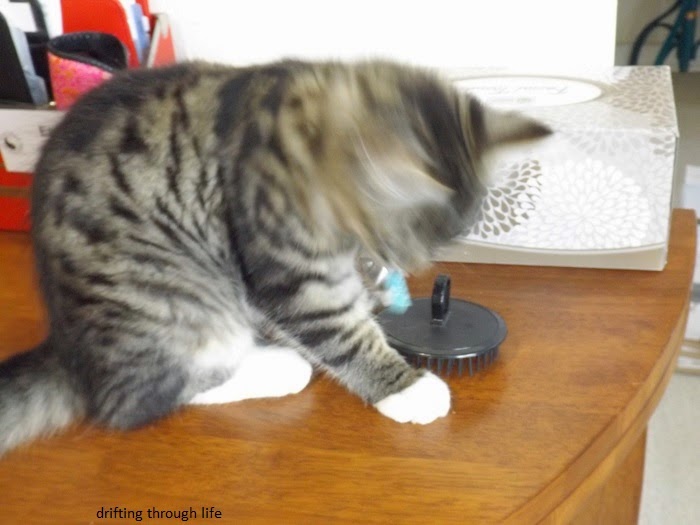 I bought a brush but he doesn't like me using it. 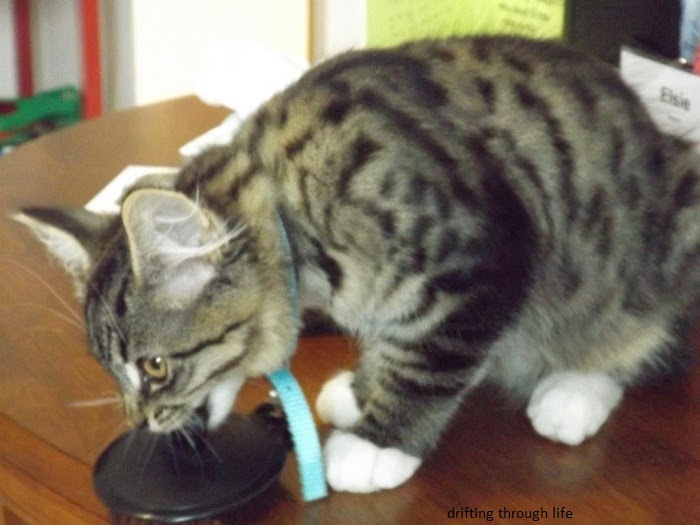 he prefers to take it by the handle, toss it in the air, then chase it. 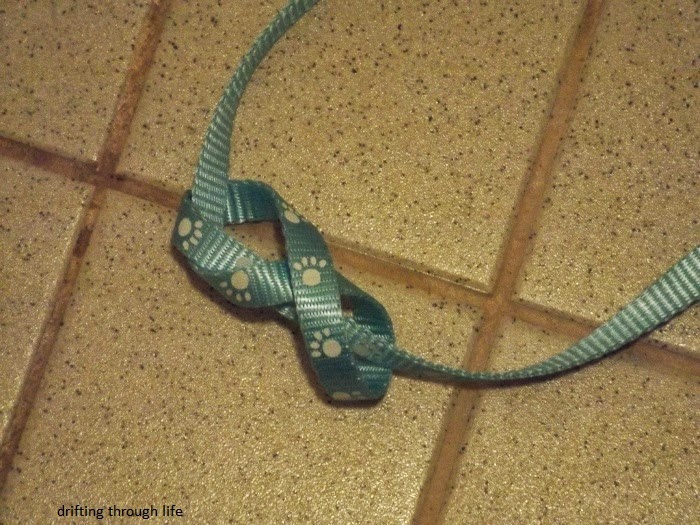 he somehow managed to tie a knot in his leash as he tossed it around the bathroom. 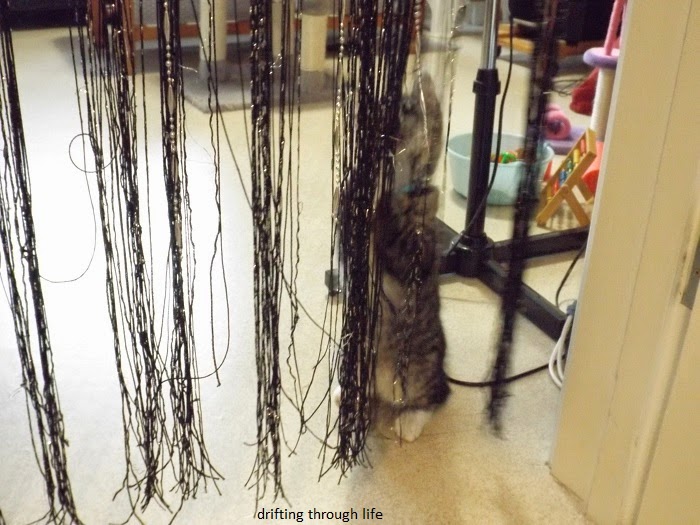 playing with the strings. He catches onto a string quite high up, then walks around on his back legs while trying to shake free. I'll have to try and get that on video sometime. 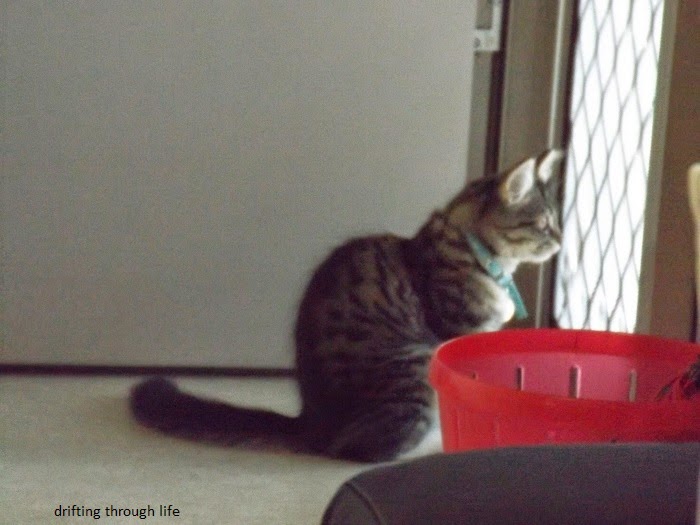 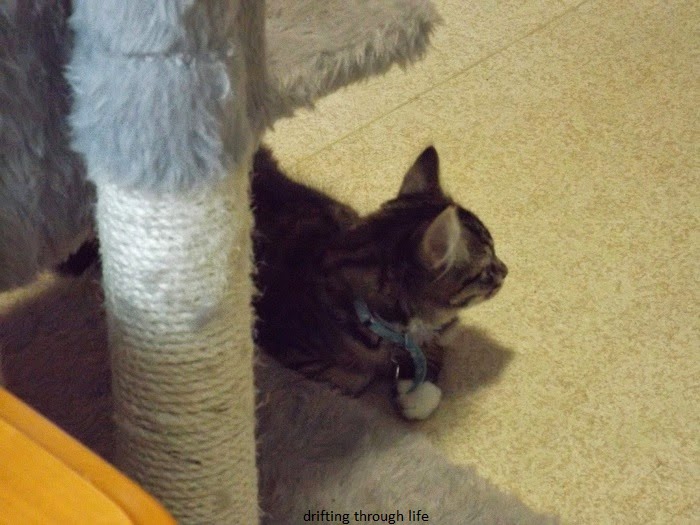 resting for just one second.. 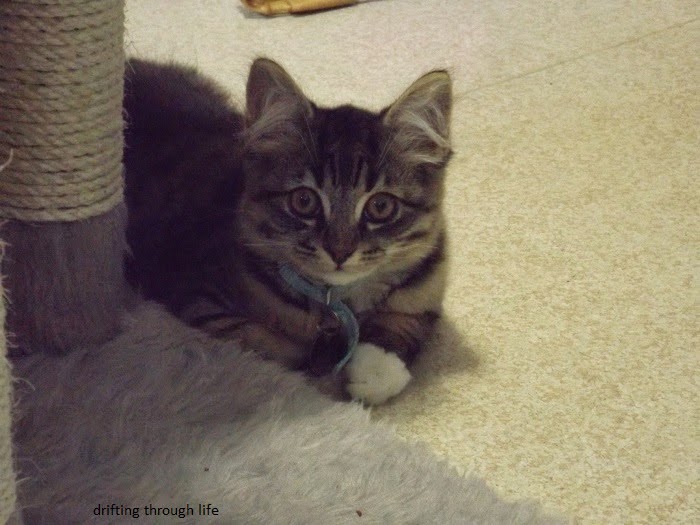 uh oh, there's that pesky camera again.
and then he was off, tearing around like a streak of lightning. 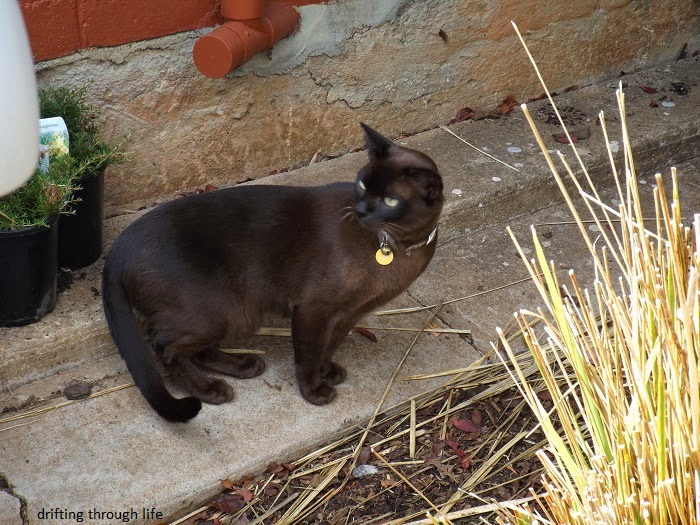 this is clearly NOT Angel, Z is a neighbour's cat who likes to catch the sun on my front porch. H is so darkly brown he appears black unless he is in sunlight.