the devil in the Angel

May 01, 2014
I was going to start with "you won't believe what this kitten gets up to", but since most of you either have cats or have had cats in the past, you do know what the little buggers can get up to. 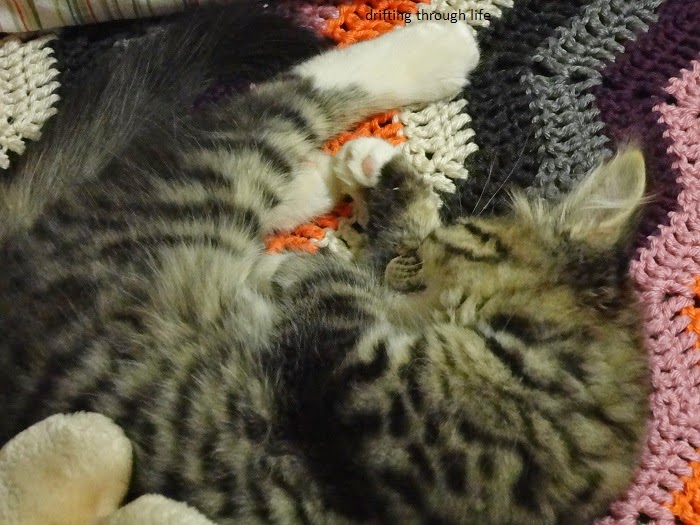 looks so sweet and innocent, right? 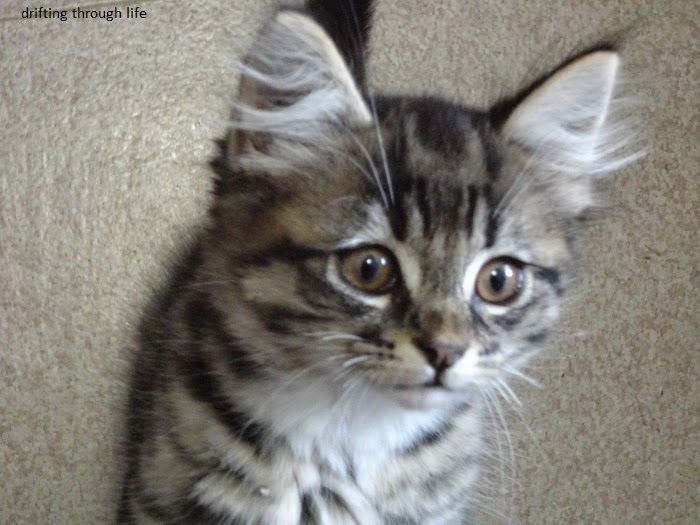 look at that worried little face. "mum, what have I done wrong?" 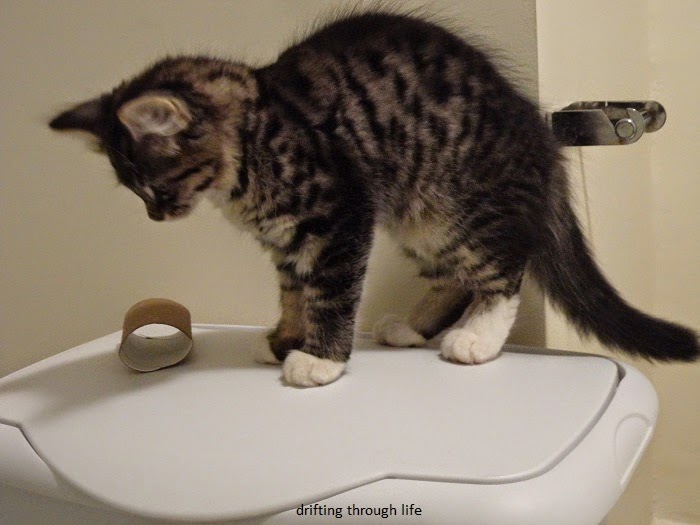 he'd pulled all the paper off the toilet roll. I gave him the empty tube to play with, but he wasn't interested in it.... 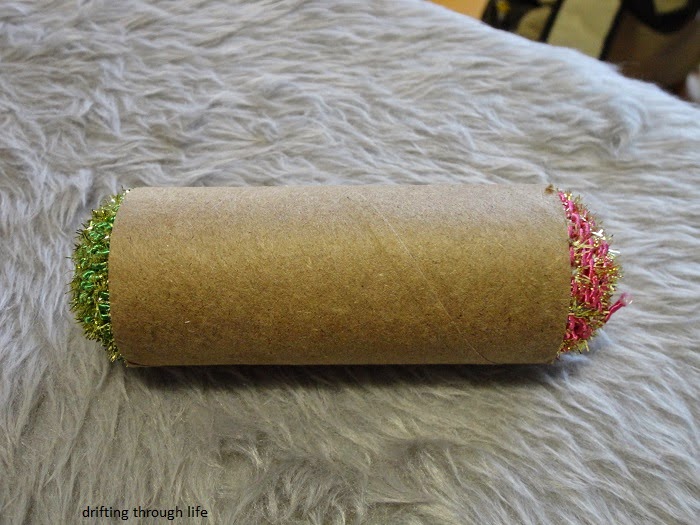 until I pushed a sparkly ball into each end. Then he batted it all over the room. For a day or so.
But he hardly ever looks at it anymore. There is a new favourite toy. 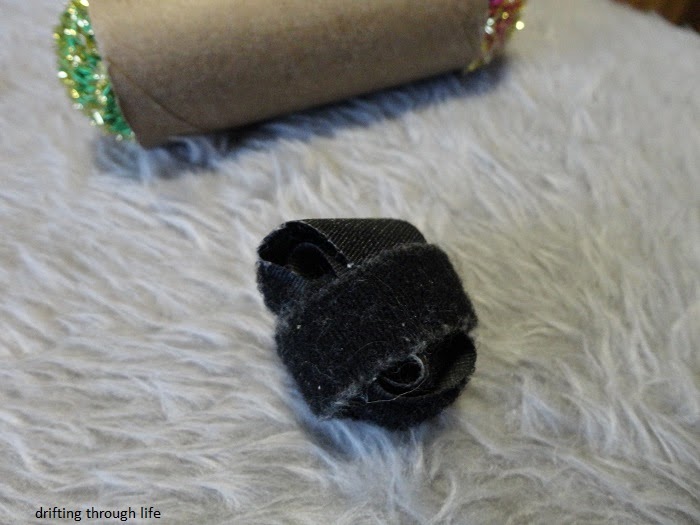 two velcro cable ties rolled into a ball. Who would have thought? I had this in a drawer and dropped it while looking for something else. Angel pounced on it! This toy gets carried around, tossed, jumped on, batted all over the flat, cried for when it goes under the fridge or cupboard, so I have to lie on my belly and fish it out with the long-handled duster. All other toys are ignored.... 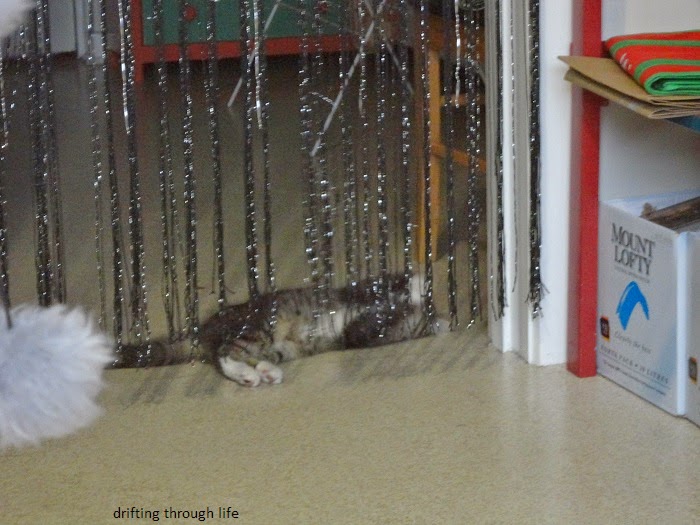 even the string curtain. And mousie. 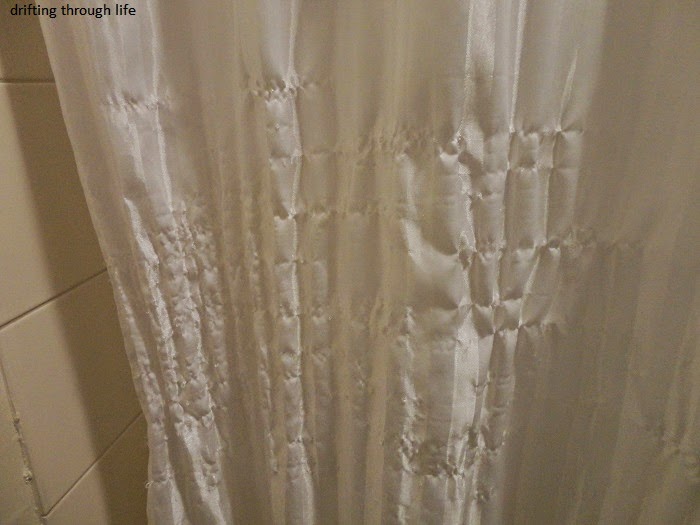 and would you look at what Angel has done to my shower curtain!
(I don't mind, it's replaceable)
He jumps up at it, then clings on as it swings.
And he's getting quite high with his jumps too.

favourite toys the devil in the Angel