I have a new throne

I've had my current chairs since 1998, they were a cheap set that came with a table.
The table is still good, my computer is sitting on it right now, along with a gazillion other articles.

But the chairs...the frames are good, it's the seats that aren't. Cheap vinyl that has cracked badly over the last few years. 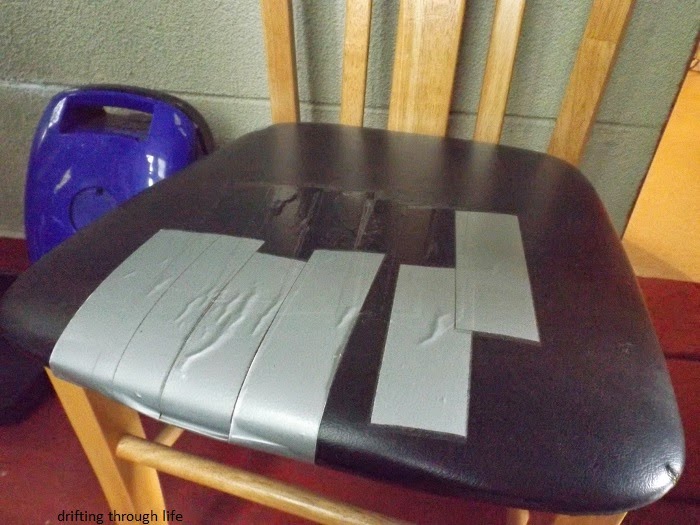 I've been holding them together with duct tape. 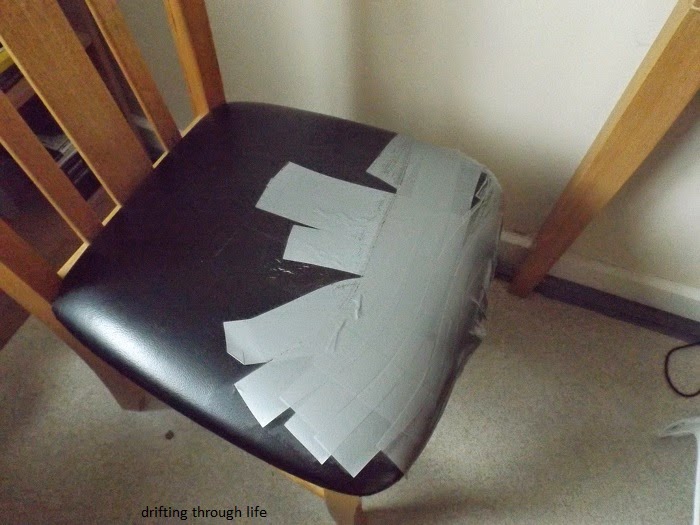 see? But it doesn't stay in place with bottoms constantly sitting down, getting up, sliding forward or back, 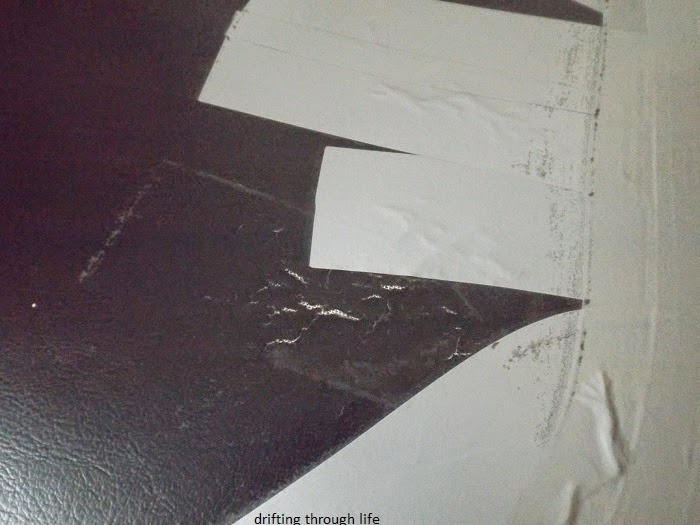 leaving the cracks exposed. You can see the mark where the tape was.... 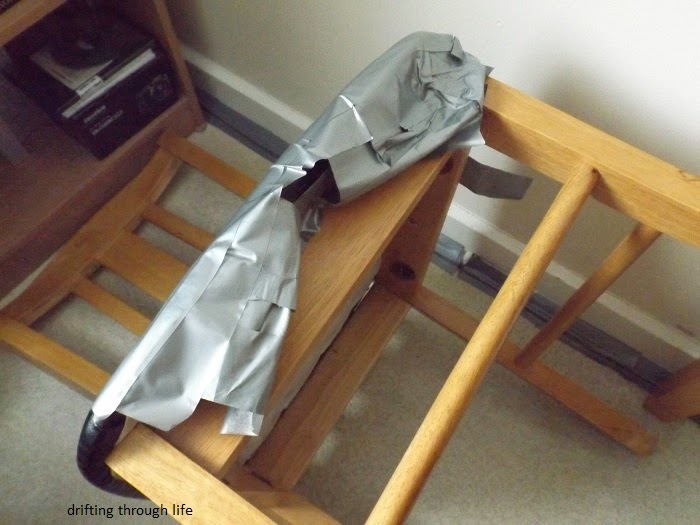 and here is where it all ends up. Bunched under the front of the seat. 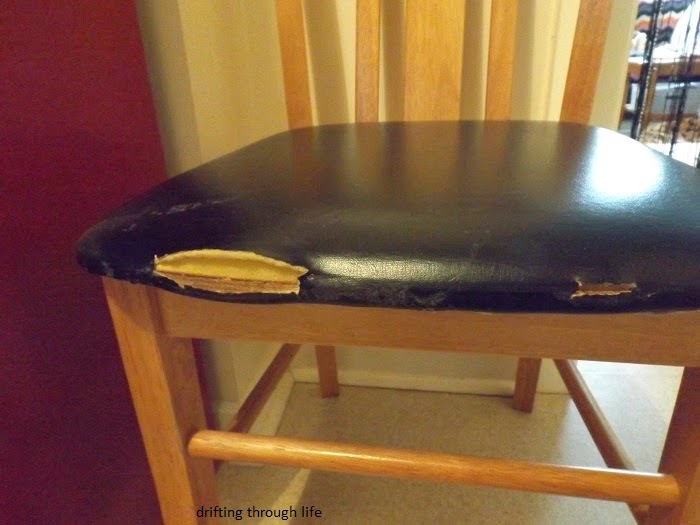 the front edge of each chair looks like this too, as well as cracks on the actual sitting area. 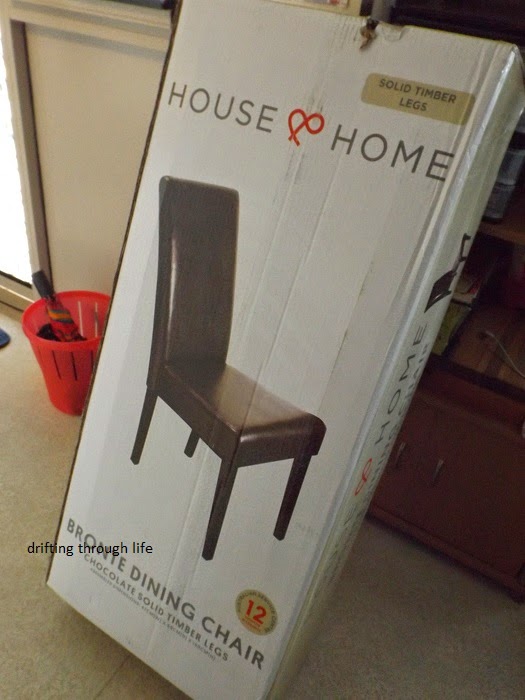 So I went out and bought a couple of new chairs. again, cheap vinyl, but I can't afford leather and they'll do for a few years at least. 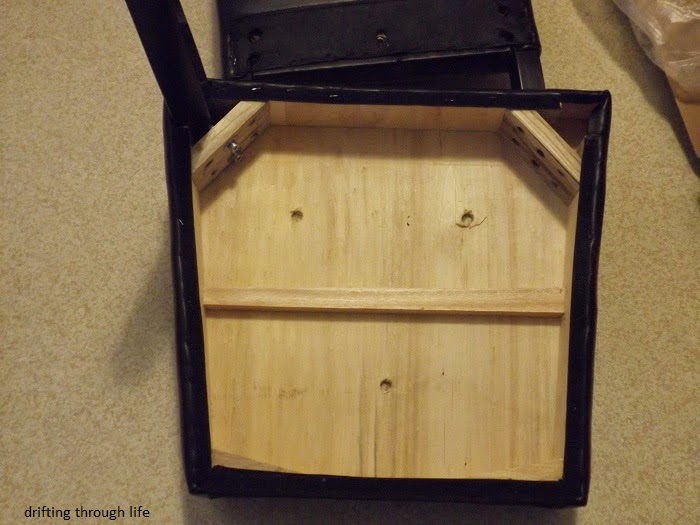 the seat needed the front legs screwed in, 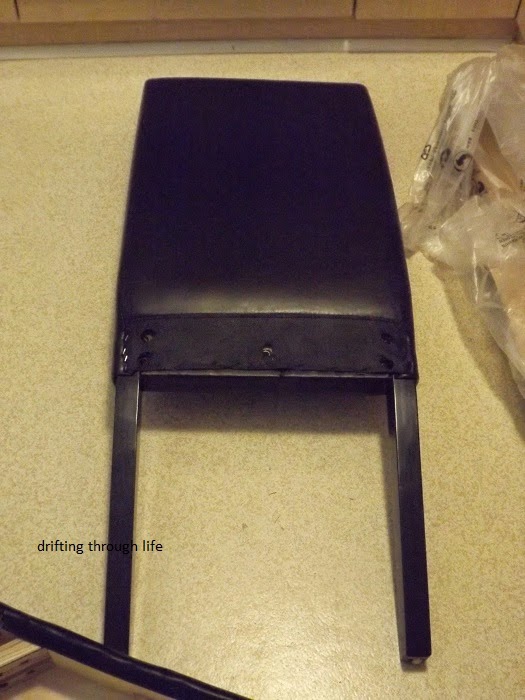 before attaching it to the back section. 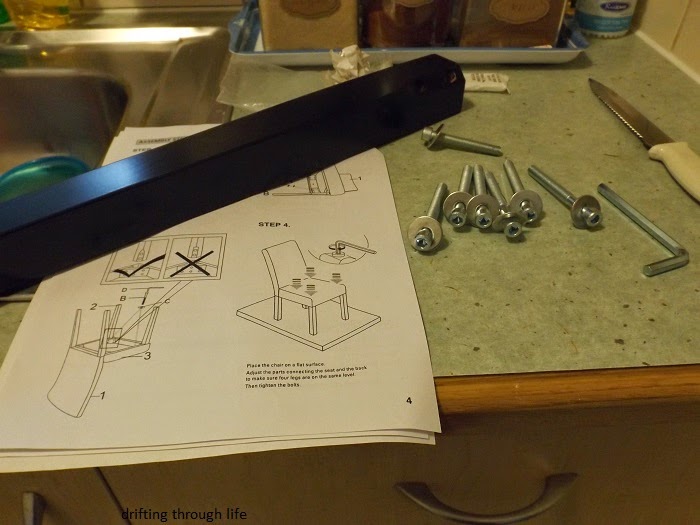 instructions were included along with the correct number of bolts, 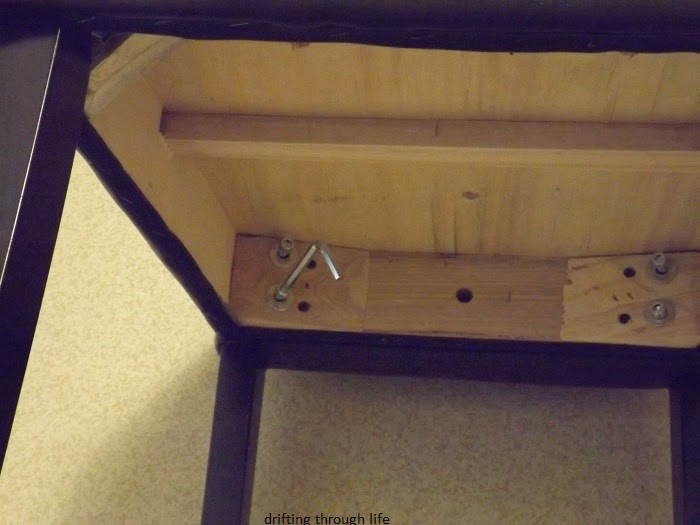 making progress easy-peasy really.
Except for the fact I did this on the kitchen floor, so I was down on my knees and bent over.
Not the best position for doing stuff like this. (Ache, ache, ache) 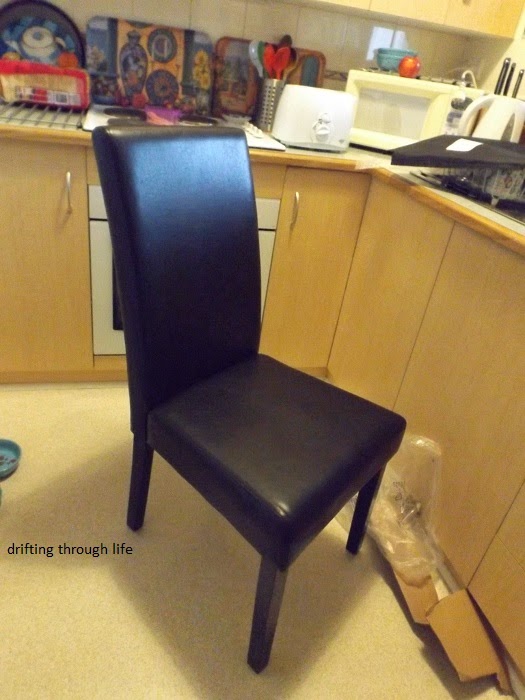 with packing mess still on the floor. 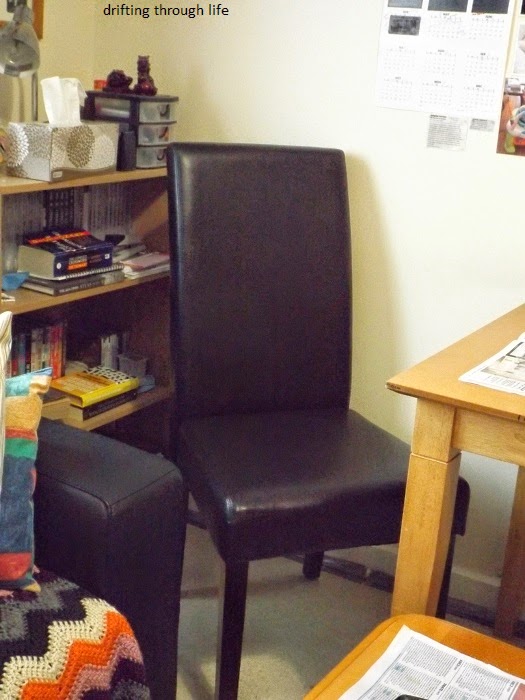 I did the second chair the next day, but not on the floor. I rested the parts on the table so I could reach easier and mentally kicked myself for not thinking of doing this with the first chair.

But they're done now, one by the table, one in the bedroom, and three cracked chairs out in the back porch. I'll search around and see if I can buy new seats to screw onto the frames, then I'll have enough chairs if people visit.

Remember the tubular steel framed chairs of the fifties and sixties? Hardware stores used to carry replacement seats and backs for them, but I'm not too hopeful of finding such things now.