I usually go with a theme for my Sunday Selections and this week we're at the beach again.
This time, Glenelg.

It isn't my favourite area, the beach is good, but Jetty Road and Moseley Square are highly popular with the locals and the tourists so it's a very busy area. People everywhere.

Away from there, the rest of the beach and suburb is quite nice. 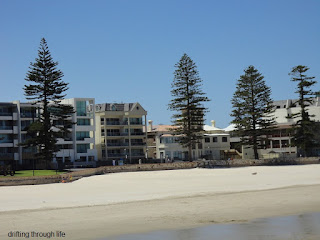 this is taken from the jetty, looking South, see that building just left of centre? pale yellow about 5 stories? I'll mention it again a bit later..... 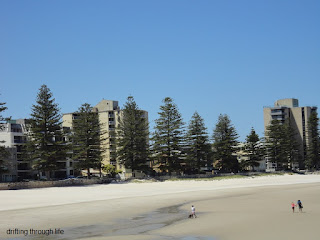 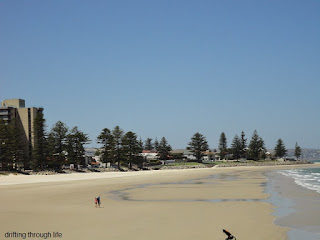 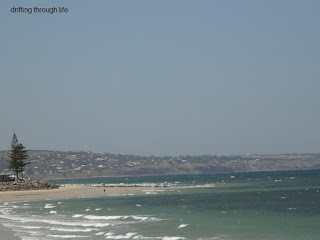 and off into the distance. 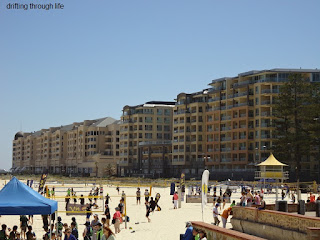 to the left of the jetty are about a *million beachfront apartments.
(*possibly a slight exaggeration)

remember the pale yellow building in the first photo? Check this: 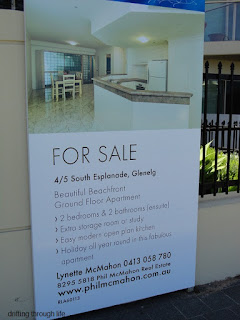 It has an apartment for sale.  Anybody out there want to lend me give me $1.5million?  (*~*)
(it doesn't cost that much, but I'd need to be able to afford living there.) 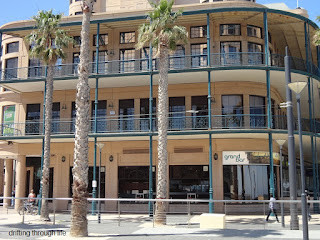 at the beachfront end of Jetty Road is this very nice looking hotel, I noted the name, but forgot to write it down :(  I just checked my street directory, it is the Stamford Grand. 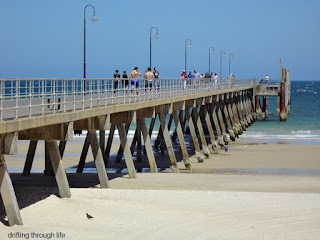 this is Glenelg jetty; it's a lot shorter than it used to be. 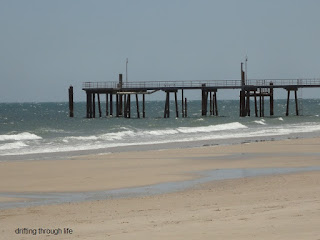 here is the end of the jetty, 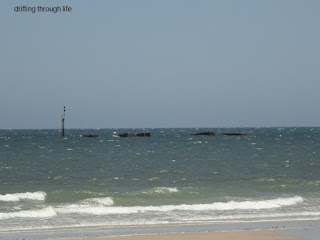 it used to go wa-a-a-ay out to here. But time and storms plus the cost of repairs has seen the length reduced. 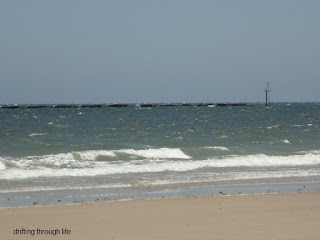 it was very windy when I was there, you can see the choppiness of the waves if you enlarge the photo. 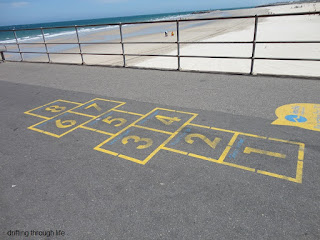 on the jetty itself is a painted hopscotch game for kids of all sizes and ages :)

to the right of the jetty is a wide and long grassed area between the Esplanade and the seawall and there I saw, 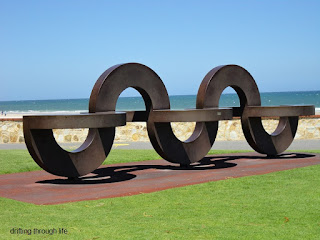 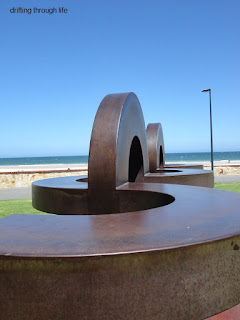 look at these lovely curves. 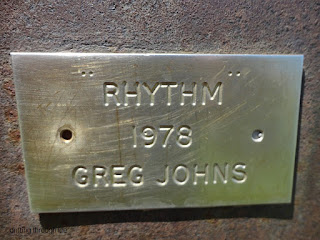 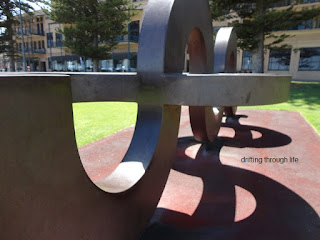 I think I'd like a smaller version in my garden. 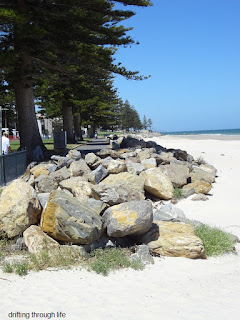 the foreshore has a rocky edge all the way South, you might remember the rocks I showed on the Hove and Brighton beaches, both of which are South from here.

I walked along the Esplanade, 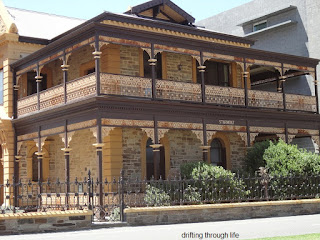 and saw a couple of lovely old mansions, this one called Stormont, 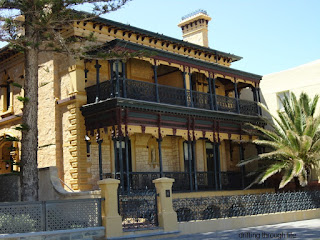 and this one that I like quite a lot. 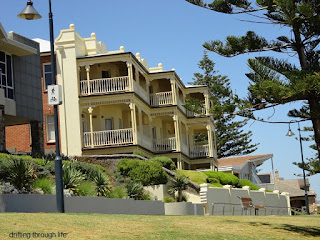 and then I saw this lovely older apartment building and wished I lived there. Imagine falling asleep and waking to the sound of the ocean. Mmmm. 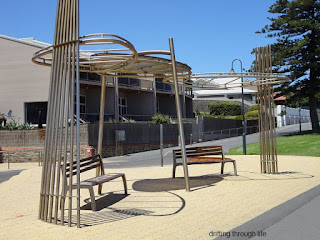 here is one of the nicely designed seating areas, if you should wish to sit and watch the waves. Glenelg is close to the Airport too, so you can see plenty of planes coming and going. 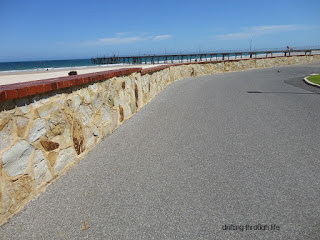 this is a section of the brick-capped stone seawall that separates the sand from the walking/cycling track which is on the sea side of the grassed area.

I was getting rather chilled from the wind, I hadn't brought a jacket as it was quite warm at home, so I turned away from the beach and took a walk down a side street, 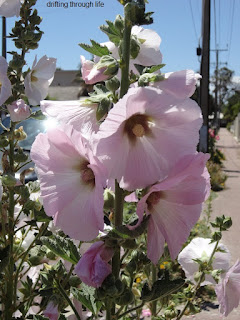 where I found the palest hollyhocks I have ever seen. 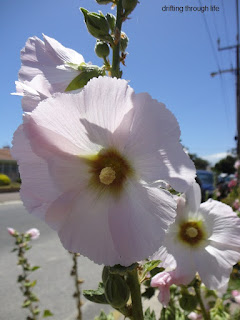 they're almost white. They are growing on the footpath, so I'll go back in a few weeks and collect a seed head or two.

I headed back to Moseley Square from here, to get the tram back to the city, 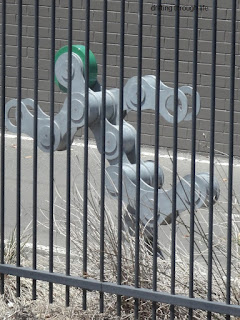 and while the tram was stopped at a red light, I looked out the window and saw this runner. That's really clever!