Welcome back to Sunday Selections!

I usually go with a theme for my Sunday Selections and this week we're at Glenelg beach again. 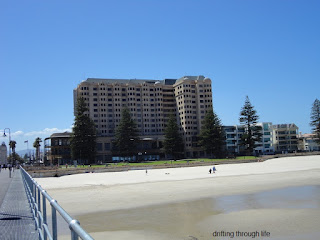 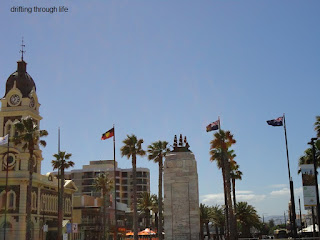 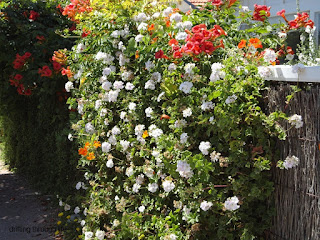 a flowery fence I saw when walking away from the chilly sea breeze, this was right near the pale hollyhocks of last week. 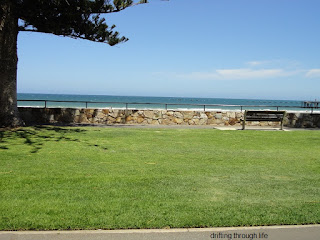 standing on the Esplanade, looking across the grass to the water beyond. 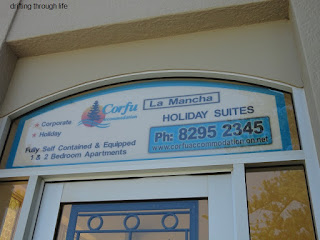 there are holiday apartments for rent right on the Esplanade. This is the Corfu La Mancha building. 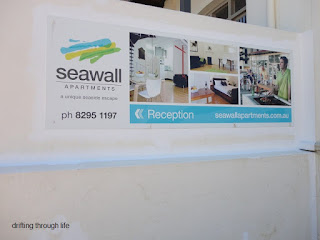 Seawall Apartments a little further down the Esplanade. 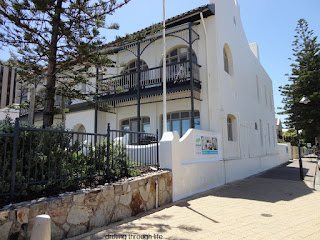 I like the look of this building, it's the Seawall Holiday Apartments, but I can imagine it as a permanent home. 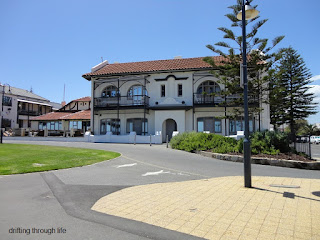 What do you think? Rent an apartment and stay there all year? 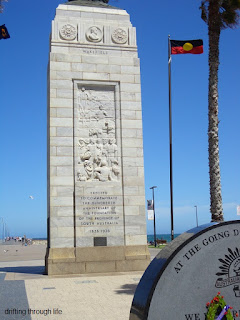 at the end of Jetty Road, in Moseley Square is this rather nice looking monument, 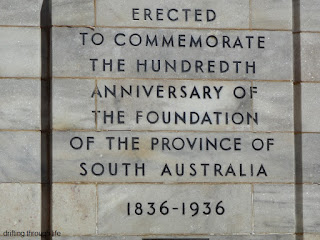 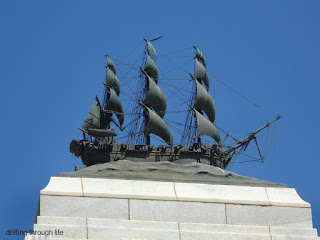 I like the sailing ship cemented to the top. It's a fine looking ship. 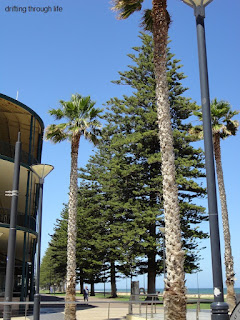 the ever-present Norfolk Pines marching along the Esplanade. 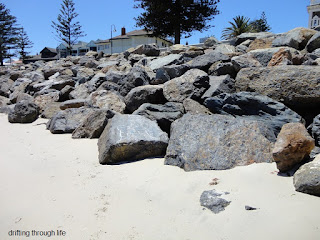 a small section of the rocky shore. 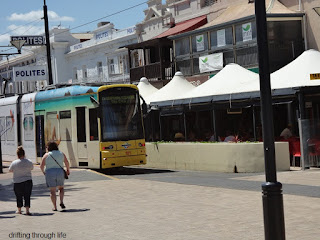 this is the tram I arrived on, these run between city and sea every 15 minutes or so, on the way back to the city we passed another tram headed for the beach. 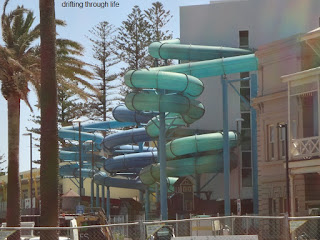 the waterslide which once was part of Magic Mountain. It may have been magical inside with it's games and rides etc, but from the outside it resembled a giant muddy potato. 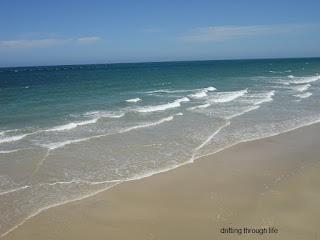 one more look at the waves.