The Sunday Selections # 267 that almost wasn't

I usually go with a theme for my Sunday Selections and this week I have a few garden photos for you. 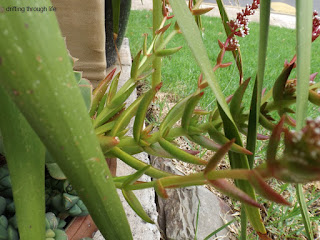 remember this fleshy leaved plant from a few weeks ago? The one growing sideways there.
I like the way new growth appears at the leaf where it joins the stem, but did you know it also flowers? 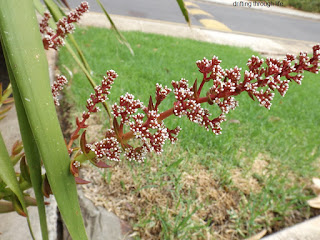 I didn't. Look at all those tiny white buds :) 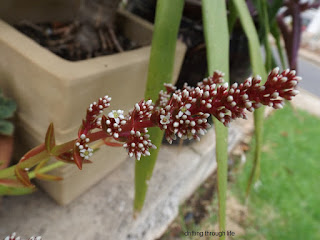 see the tiny flowers?  there's one dead centre and one slightly left of centre. 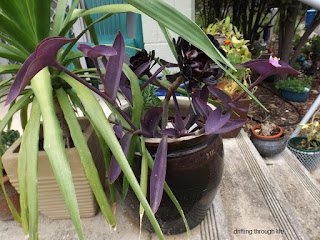 Moses-in-a-basket has taken off like a rocket. I've put a piece in the garden and given pieces to several people. I may have to move it out of the pot altogether; put it in the garden where it can spread to its full size. 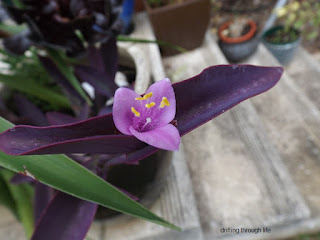 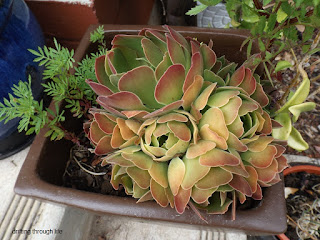 this echeveria (?) has formed a lovely multiple head which may eventually fill the pot, I'll pull out the marigolds once they've flowered and give it the space. 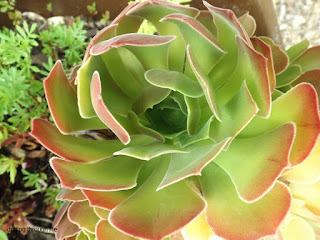 looking into the centre of the biggest 'cup' 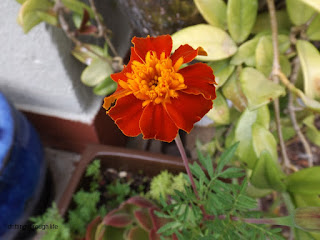 marigolds are popping up in most of the pots. Some have flowered and died and I was going to pull them out when I noticed a tiny, tiny, baby praying mantis on one of the plants.
It's the same pale brown as the dead plant and if it hadn't moved, I never would have seen it. Now I have two praying mantises :) 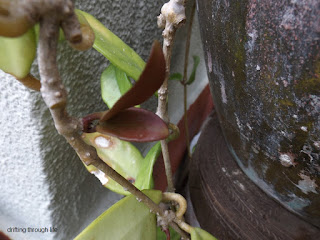 new red-brown leaves growing on P's hoya. There were 5 heads of flower buds too and I planned on taking photos once they opened, but I was out for the day and when I got home, someone had cut them off :( 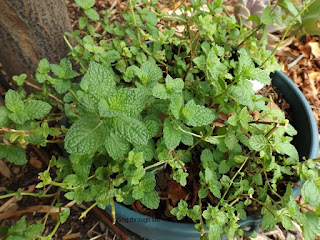 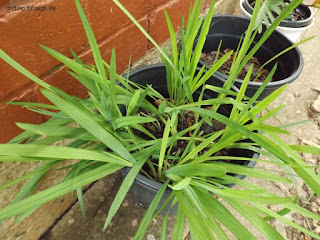 freesia bulbs have sprouted already, a few weeks ago, in the heat of summer! 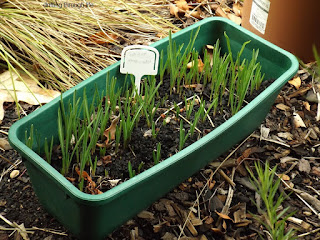 grape hyacinth is up too. 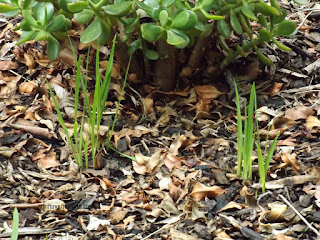 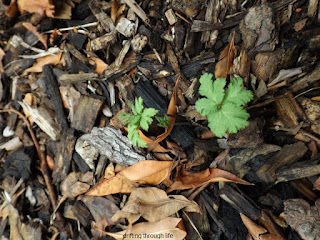 Under the windmill, one lonely ixia is growing tall already too. I don't expect flowers from any of these yet, it's far too soon.