We have taken over this meme from Delores, who had been having computer problems.
This month the meme continues here, at Elephant’s Child’s site, with words and images supplied by Margaret and Sue.

Some of us put our creation in comments on the post, and others post on their own blog.  We would really like it if as many people as possible joined in with this fun meme.
If you are posting on your own blog - let us know, in our comments section, so that we can come along and read your masterpiece.
I’m hopeless at poetry so I always do a story.

This week's words are not words at all, but two images, which you will see as you read.

The call had come in at 5am. Two young women in a bright red Lexus had crashed through the guard rail and were stranded halfway down the cliff.
We'd loaded the chopper with extra supplies on top of the regular first aid kits and were skyborne by 5:15am.

After reaching the highway, we radioed back to check our placement and any further instructions.

"Bob, Jim and Andy checking in, we've reached highway 9 and are proceeding north."
"Righto, Jim, head all the way north until highway 9 ends, then turn east a little and follow the cliff until you see the car." 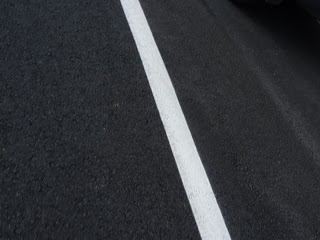 Fifteen minutes later, "we've left the highway Bob, flying over the water now, right near the coral islands. We didn't see any broken guard rail, are you sure this is the spot?" 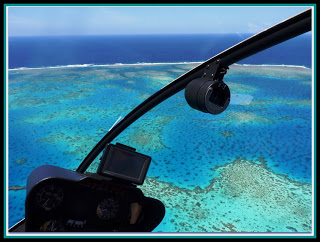 "Right there is where the fisherman told me, he noticed the car when the sun glinted off the windshield."

"Okay, we'll make another pass, possibly they went over just after the guard rail ended...oh no!
We see the car Bob, they've slipped and are almost in the water! Send the coastguard!
We'll drop a chain and hope Andy can pass it through the windows; with a bit of luck we can hold the car above the waves until the coastguard gets here and pulls the girls out. One looks unconscious, but the other is waving frantically at us."