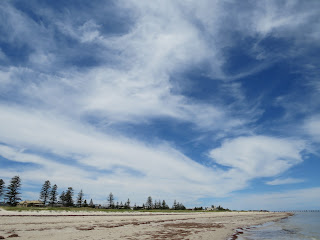 still standing knee-deep in the water watching the clouds 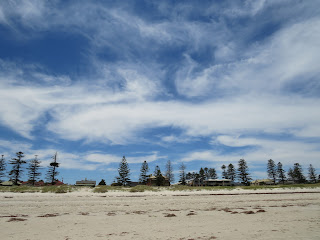 I was amazed at how quickly the patterns were changing, large clouds being torn apart into drifts, smaller drifts coming together to form new clouds 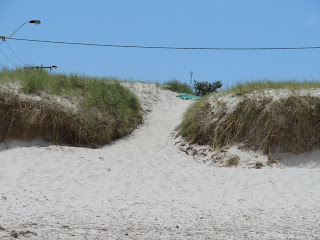 looking from the water across the sand, this is just one of many tracks leading through the dunes from The Esplanade to the beach. This is so the dunes don't get trampled and damaged as they are a haven for some plants and for many lizards, small birds and other shore creatures. 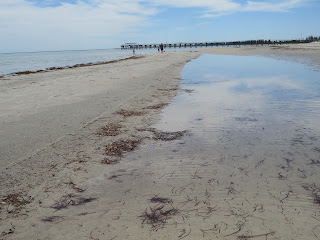 the shore is uneven so after the tide goes out there are quite a few pools of water left behind and being shallow, they warm up quite quickly, so they are popular with mums who have toddlers and crawling babies, they can play in this water without too much danger. 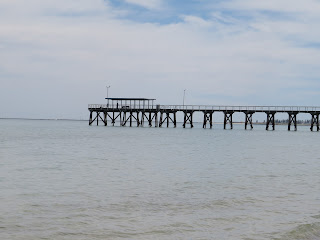 and I've made it! I'm sitting on the seat opposite this one using my socks to wipe the sand off my feet so I can put my shoes back on because these boards have been soaking up sun all morning and are HOT 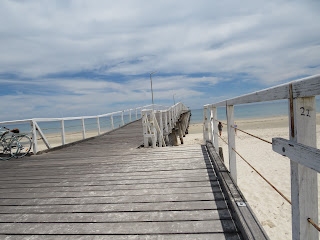 so hot that one little girl was having trouble keeping up with her mum who was carrying a younger child, so I offered to carry the girl the few short meters left to that open edge there where there are steps leading down to the sand. They'd left their shoes in the car. 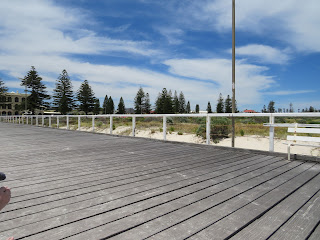 I sat and rested a bit longer, this is where I checked the fit bit and found it unresponsive, I decided to walk back along the walking/biking path instead of the sand. 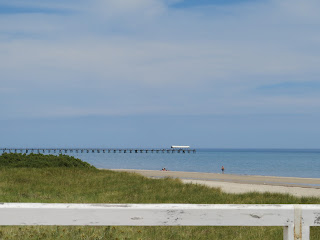 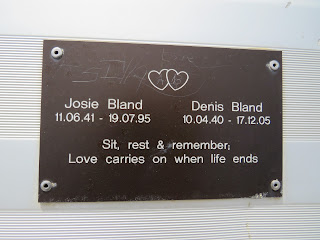 along the walking/biking path are many seats for resting and all of them carry some kind of memorial message. 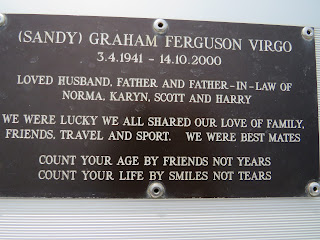 I only photographed two. 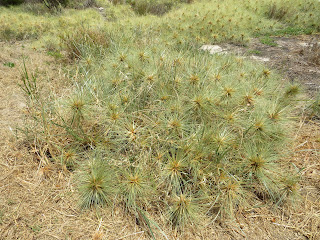 I'm not sure what type of plant this is, but there is a lot of it along the shore, it is prickly so would be home to small animals needing to hide from seagulls and hawks, like the lizards I mentioned earlier. We have blue-tongue lizards, stumpy-tail lizards and very occasionally I see a frill-necked lizard. 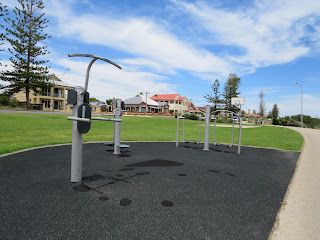 further towards Semaphore, but still close to Largs Bay is a series of rubbermat based exercise stations 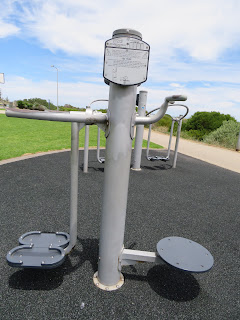 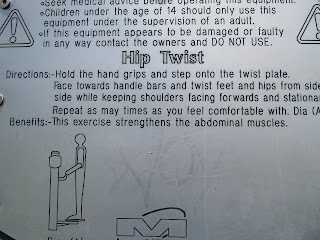 and there are instructions on how to use the equipment 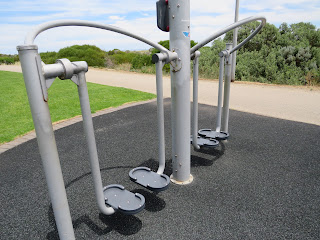 this one is fairly self-explanatory I think 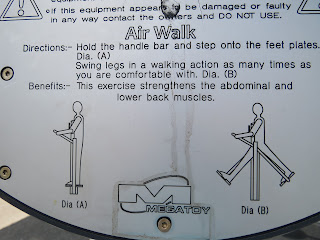 but the instructions are there anyway.

Did I try any of the equipment?

I kept going until I reached the Semaphore kiosk where I purchased my fish and chips and after eating them, yawned my way back to the train station and so back to the city where I had to wait for a bus to get home and hoped I didn't fall asleep on the way.