Kath and Andrew often join in as well, although Kath has been quite busy lately and unable to join us.
Where are you Kath? We miss you.
There are several other participants now though:
Jackie K at Working Through It
Gillie at Random Thoughts From Abroad

I usually go with a theme for my Sunday Selections and this week I have some more construction photos for you.

There is a new hotel going up in Grenfell Street, where the costume shop used to be.
On the corner of Twin Street. 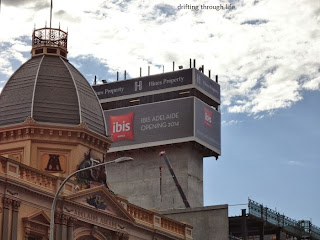 an IBIS Hotel. I've never heard of IBIS, I suppose there must be other IBIS hotels somewhere and I could google if I wanted to find them, but I haven't wanted to. Maybe I should. 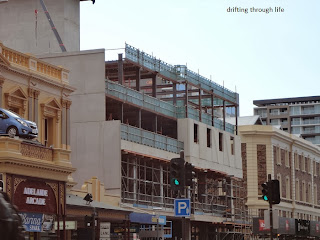 It isn't a huge hotel by the look of it, frontage isn't wide, but it goes back fairly deeply on the block, although our blocks aren't all that large here. 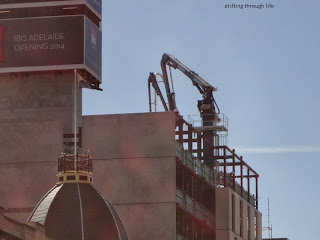 oooh look! cranes!
the coppery sheen to the concrete is an illusion caused by aiming the camera into the sun. 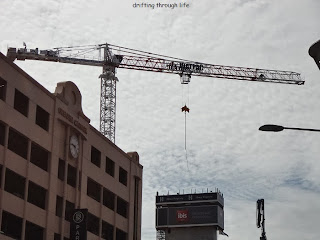 I do love cranes. 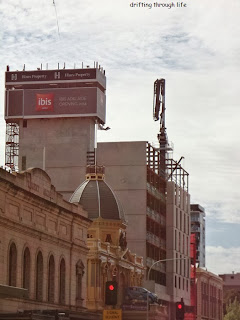 from a distance. I have photos from the other side, but I can't find them.
I seem to have got my folders a little mixed up. 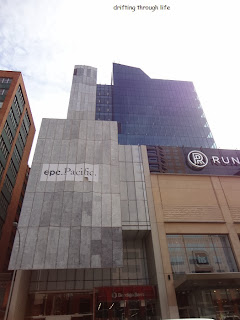 as you can clearly see, this is not the IBIS Hotel, but the new Rundle Place building which I featured some weeks ago. The top floors have been completed now, but there is still construction going on at ground level. Bottom left, beside the Bendigo Bank, is a small area with interior construction still happening.
I don't like that hanging facade with epc Pacific printed on it. It looks okay here, but looking at it in real life, it looks like giant sheets of plasticised rice paper. It looks flimsy, although it probably isn't.