Kath and Andrew often join in.
There are a couple of other participants too:
Jackie K at WorkingThrough It
Gillie at The View fromHere

I usually go with a theme for my Sunday Selections and this week I'm continuing with zoo photos, but not from my recent visit. The following few photos are from 2009, before the zoo was remodelled, when the old gates were still in use and the vast expanse that now houses the panda enclosure and other exhibits was wide open space with >>> 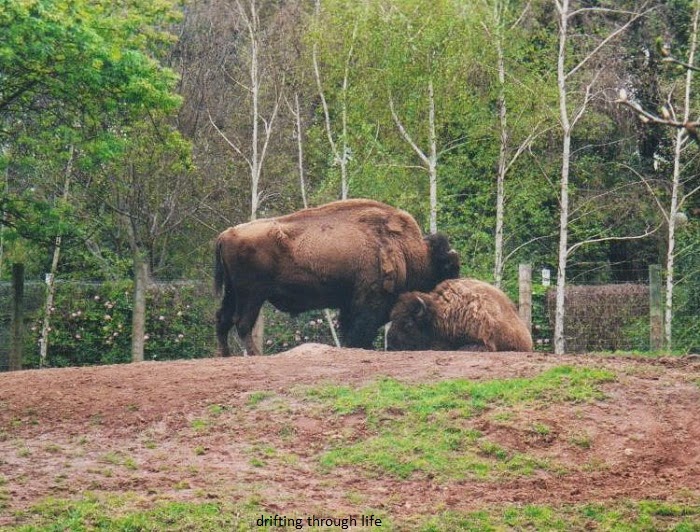 Bison!  Long gone now, there were two of them, I assume a male and female. I have no idea what happened to them. 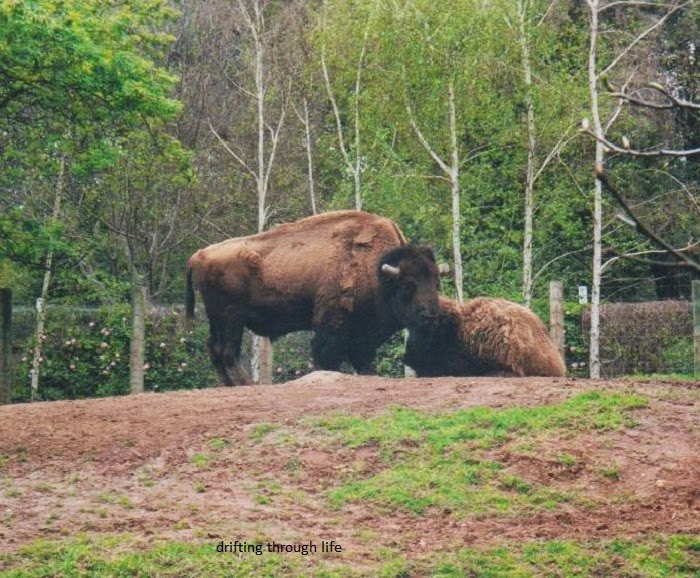 Notice he is looking at me now? I had taken several photos and I think maybe he was getting irritated. When he started lumbering towards me I thought I should move on. 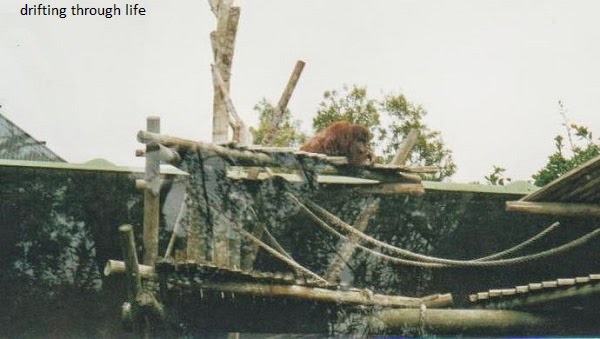 to the Orang-Utan. He is behind a glass fence, that's why the reflection which I didn't notice until the film had been developed. These photos were all taken with a non-digital camera. This Orang-Utan is no longer there, he was moved to another facility quite a while ago.
This particular enclosure didn't have a roof and this fellow used to fling things out at spectators . 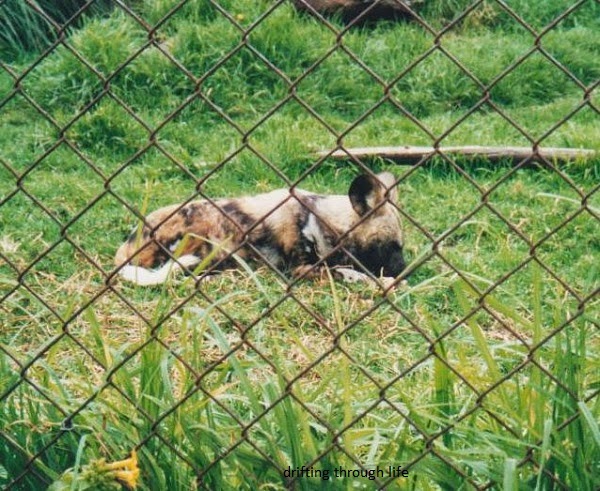 the one obliging Hyena who slept out in the open while the rest were under bushes or behind rocks. 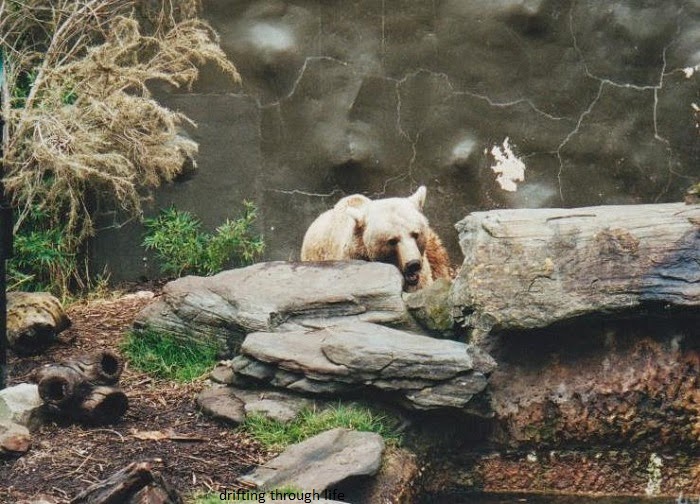 we used to have Polar Bears too, this pale one and another slightly darker. I was surprised at the colour as I'd thought Polar Bears were snowy white. 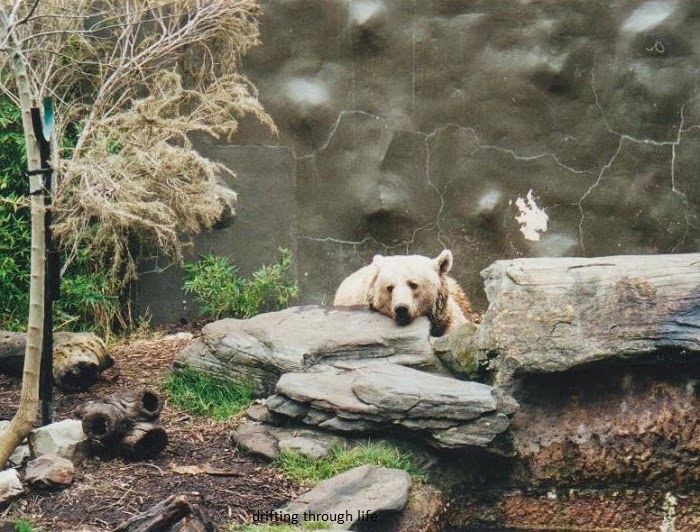 He decided to lie down again just when I thought he might climb over the rock and take a dip. 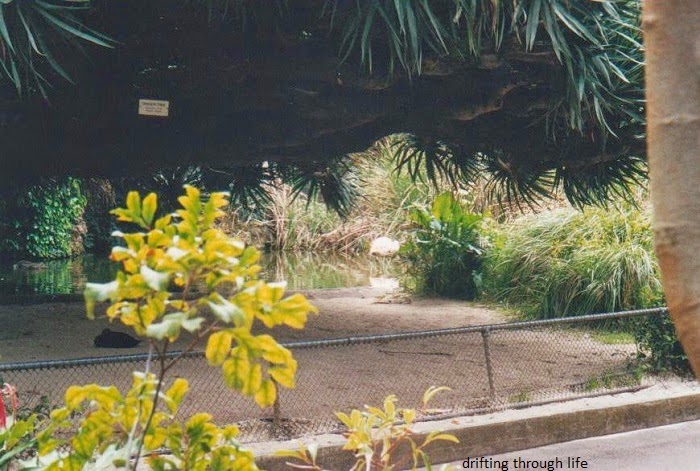 I loved this massive Dragon Tree and still do. It is still at the zoo, but that dirt underneath is now a larger pond where our one remaining Flamingo lives. We had two and both were quite old, sadly the eldest died last January.

He was 83 I believe and had survived an assault a couple of years ago where some silly young men captured and bashed him quite severely.

You can see the pond towards the back of the photo on the right there is a pale pink blob which is one of the flamingos.  The pond now extends all the way to the fence.

I remember taking many more photos, but can't find most of them and some have my grandchildren in them so they can't be shown.