June 12, 2014
We all know what they are. Little plastic handles with bristles at one end.

They come in assorted colours and sizes. 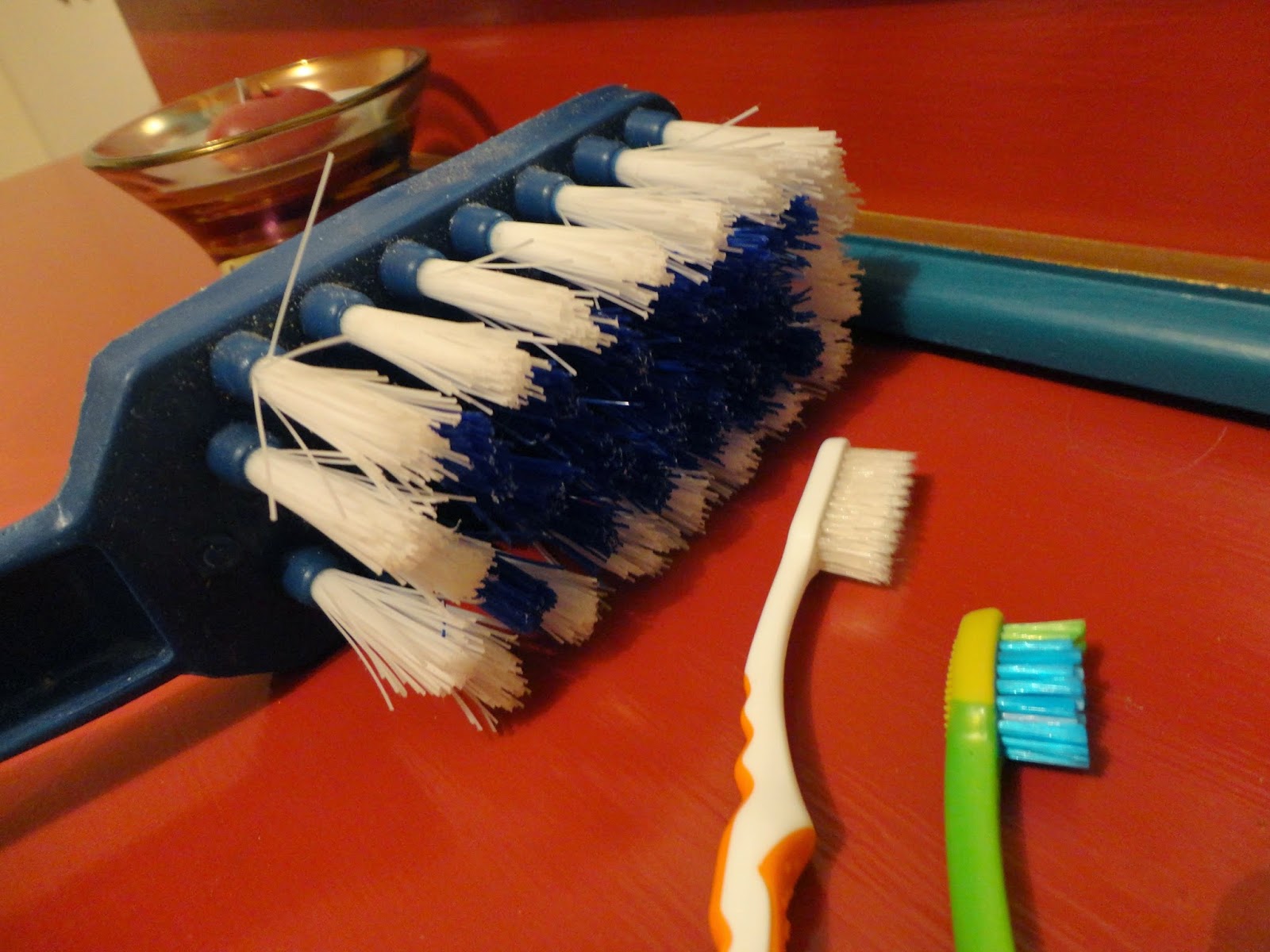 junior, adult, (with a smaller head and extra soft bristles) and jolly green giant. There are tiny weeny baby ones available too. 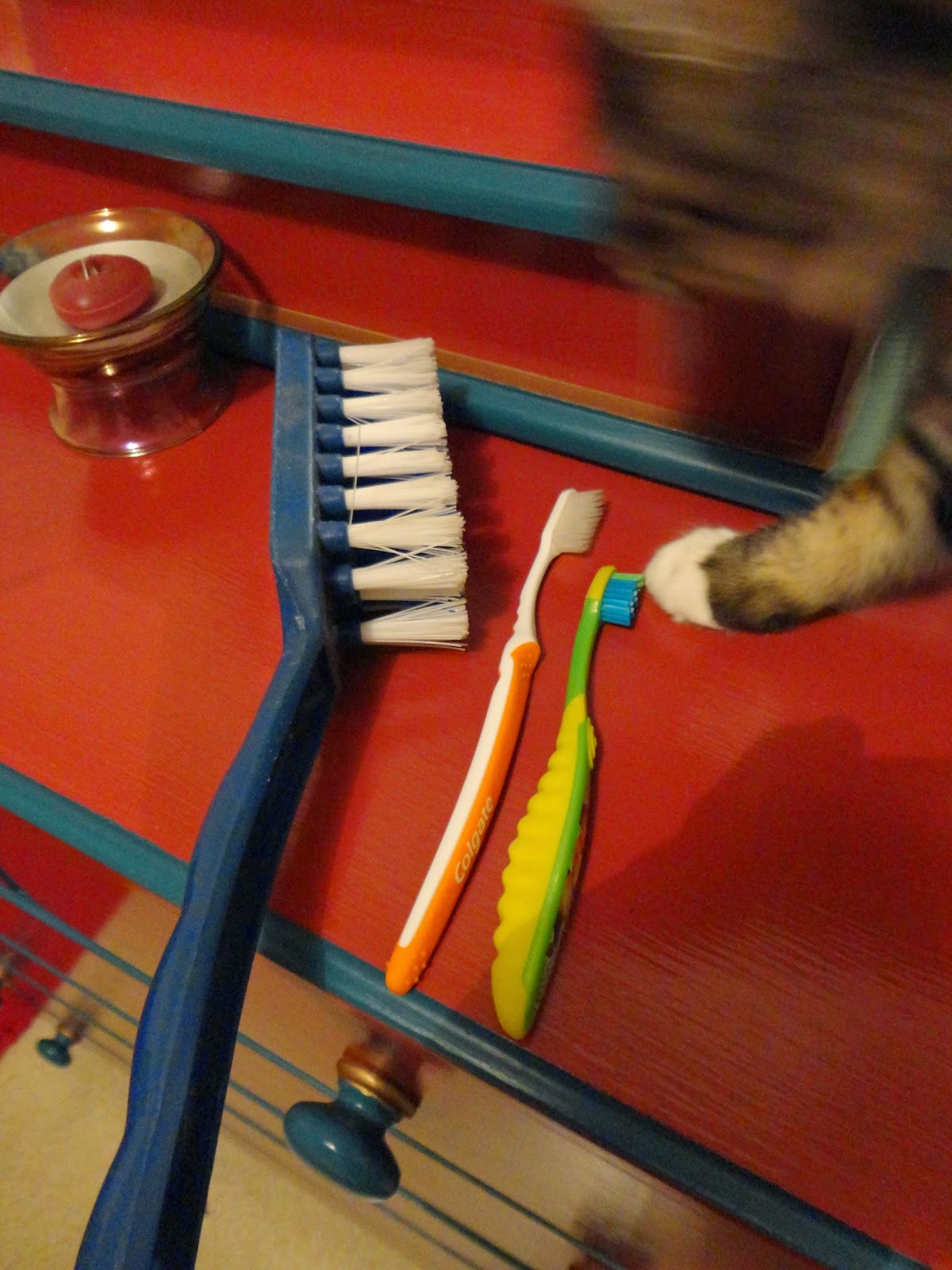 the blue one is for big-mouthed politi....umm, the giant at the top of the beanstalk.

Just kidding. It's a barbecue brush. Well, that's what the label said.

Way back in the mists of time, someone, somewhere, decided to chew on a twig, (no one knows why, but thank you Og) 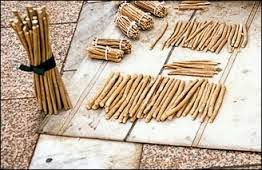 similar to one of these I suppose, but probably not available in bundles at a footpath sale. 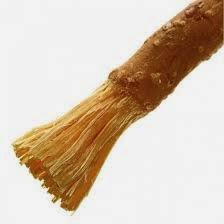 Chewing a twig brought a result similar to this and as he (or she) chewed, the finely separated fibres would clean the teeth by removing bits of last night's roast mammoth. The mouth would feel cleaner and taste better, so stone age man, (Og),   told his mates and a new habit was born.

Eventually someone thought of manufacturing handles with little bundles of fibres attached and the toothbrush as we know it came into use. Probably the ancestor of the first dentist.
Or the first salesman!

Of course these days most are made of plastic (isn't everything?) with nylon bristles.

But now there are all sorts of improvements. 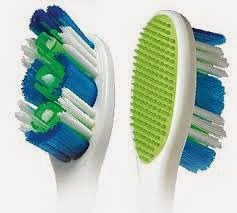 Like these tongue cleaner toothbrushes, with little rubber nodules on the back of the brush. You're supposed to turn it over and brush your tongue with this side.
huh. 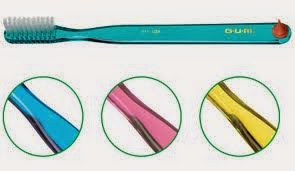 And this, with a little rubber spike at the end, is meant for massaging the gums. Or so I'm told.
Looks to me more like a toothpick for getting bits of mastodon from between the teeth.
Much like the toothbrush itself is meant to do.
I don't think I'd like to be rubbing that spike over my gums to massage them.

There are also many varieties of battery operated toothbrushes with "scientifically advanced" brush heads that vibrate. Or spin. Or both.
A virtual party for the mouth those would be.

Is all this fancy advancement really necessary? Or are we being taken for a ride via our wallets?

For most of my life I have brushed my teeth with a regular, cheap soft bristled toothbrush, being sure to brush over the gums as well, (massage) and wriggle the tips of the bristles as much as I can between the teeth down at gum level. And now there's dental floss involved as well.
After a good rinsing, I'll use those same bristles to brush my tongue and then rinse the brush again.

(Yes, I have bad teeth, but every time I go to the dentist I'm told my teeth are clean and my brushing methods are good. The problem is inherited, I have a tendency to nerve inflammation and/or abcsesses which can only be fixed with extraction or root canal work.)

Now, (actually several months or a couple of years ago), there is the water pick.
Electrically operated, it shoot a tiny jet of water through the teeth and around the gums, dislodging food debris and making the mouth cleaner than clean.
I haven't researched this at all, so I don't know if you are supposed to brush first then follow up with the water pick, or water pick first then brush away as usual, or not brush at all.
But it seems to me, this is the best improvement yet.