I haven't tried very hard with the dieting.
I like to eat.
True, I'm eating smaller portions, but they're probably still high in calories and I've been cheating and eating dessert too often. 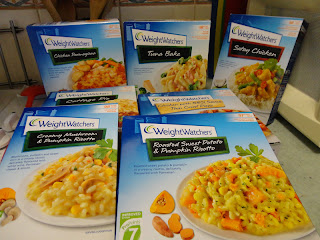 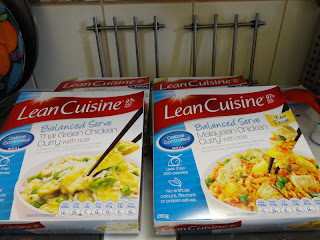 They're not mashed potatoes (milk and real butter) and gravy (made from pan juices), they're not spaghetti with a ton of grated fresh parmesan, and they're most certainly not butterscotch pudding. 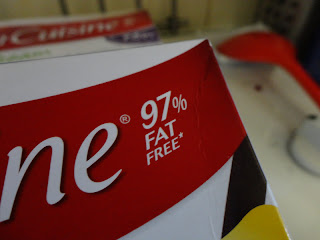 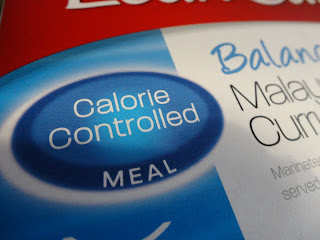 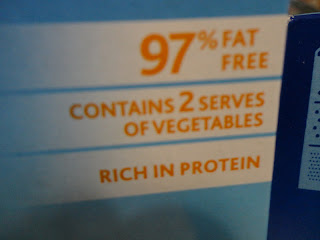 I've eaten the Lean Cuisine brand before, so I knew which ones I liked and bought those.

But I've never tried the Weight Watchers brand, so I chose what looked like it might taste good and made a chart to tick yes or no as I tried them.

So far, I've had four.
Three that I would buy again, one that I most definitely would not.
With the addition of an extra green vegetable such as broccoli, the meals aren't too bad.
And because I haven't cooked, there are no leftovers for me to have second helpings.
Second helpings are a big part of my problem.
I like to eat.

Even though they cost more than buying fresh foods, I am saving electricity (and time) by not cooking, a few minutes in the microwave is a lot cheaper than turning on the oven or hotplates, plus they come in their own little plastic (plastic, I know, I know, not good for the environment) bowls, so I just rinse well and put them in the recycle bin. See, I'm not just throwing them in landfill.
No washing up.
So a higher cost now, will see a lower electricity bill later.
I hope.

I'm going to stick with this until Christmas, with an occasional "real" meal, something that I've cooked myself, probably once a month.
Hopefully, I'll be saying bye-bye to those ten kilos.