I really had to search hard for something, V isn't an easy letter.
There's plenty of things out there starting with V, it was just a matter of narrowing it down to one.

Ventriloquism is the art of "throwing one's voice", to make it appear that inanimate objects near to you, (or further away if you are really good at it), are speaking.
When throwing your voice you must do it without moving your lips at all, that makes it much easier for others to believe that yes, that broom is talking to me, and good heavens!, it's telling me to "clean up my act!"

Ha Ha.
Most ventriloquists use a dummy of some kind, usually a male or female doll, with the mouth operated by the ventriloquist via a hand through an opening in the back of the dummy.
When I was very young, maybe ten or thereabouts, I used to watch Shari Lewis on television who used a sock puppet named Lamb Chop.

There have been many ventriloquists through the years, and indeed there still are, my favourite is David Strassman with his famous puppet, Ted E Bear.
I LOVE that bear!!

So here are some images of the best teddy bear in the world, Ted E Bear.
And his ventriloquist, Dave Strassman. 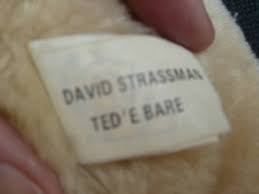 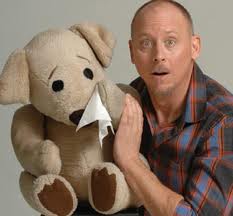 when Ted gets upset, usually because Chuck has put him in the microwave, ("I cooked from the inside out"), I just want to reach into the TV and hug him. 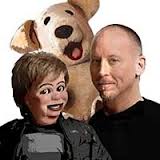 this is Dave, with Chuck, who is often rude, and mean to Ted, sometimes putting him in the dryer.
("I came out fluffy") 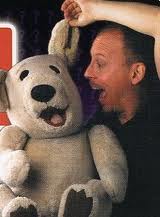 Look at that laugh, he is just the cutest bear. 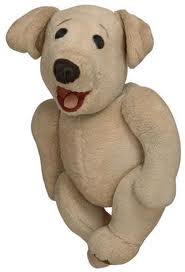 surely there can't be anyone who doesn't love Ted E Bear? 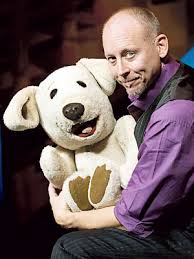 Ted's gone all shy on us. 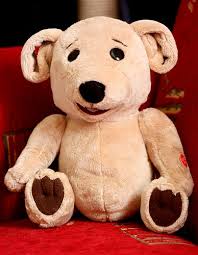 Ted E Bear. With that cute lop-sided little smile.
I want one of these.