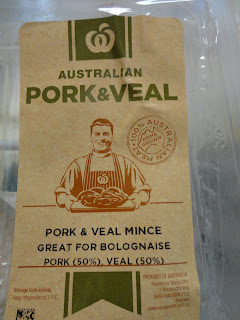 pork and veal mince to be precise 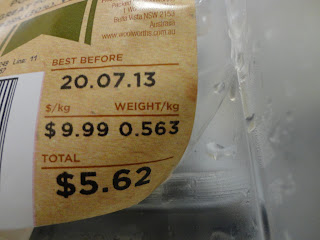 a little over 500grams, which was more than I wanted, but no big deal, I put half in the freezer.

The rest I put in a mixing bowl and added 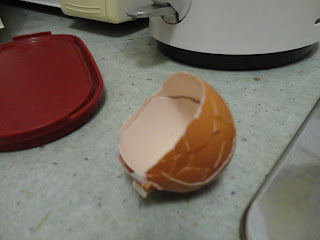 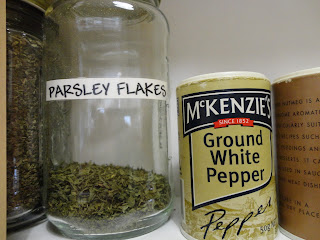 a sprinkle of dried parsley, a good shake of the white pepper..... 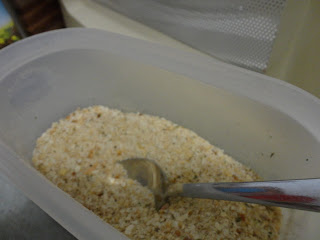 and a couple of spoonfuls of packaged store bought seasoning mix. 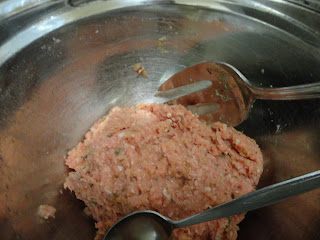 mixed it all together very thoroughly, 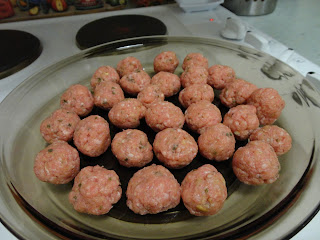 and shaped the mix into tiny little meatballs. 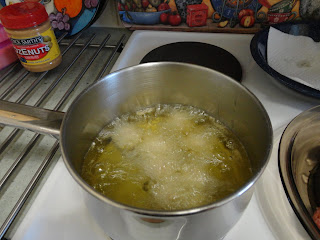 I deep fried them in small batches 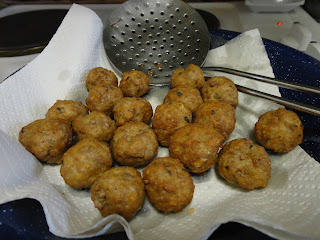 until they were nicely browned 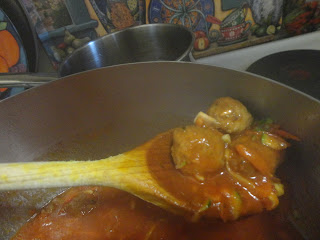 then added them to the big pot of spaghetti sauce I was making. 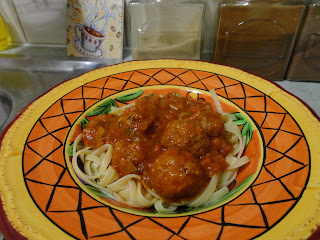 meatballs and sauce served over pasta 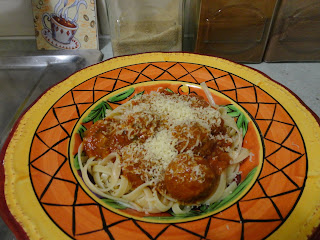 sprinkled with a little freshly grated parmesan, then eaten.

This was my first ever attempt at meatballs and I have to say, dinner was really, really good.