Kath and Andrew often join in as well.

I usually go with a theme for my Sunday Selections and this week I'm showing some of the photos I took in and around the Round House at Arthur Head, Fremantle.

There is a website here which has lots of information and photos if you'd like to know and/or see more.
In the past I suspect most of my links haven't worked, I think I've fixed that now....fingers crossed.

So, The Round House, which isn't actually round, having twelve sides, began life as a gaol (jail) and some time later a Whalers Tunnel was dug out under it. 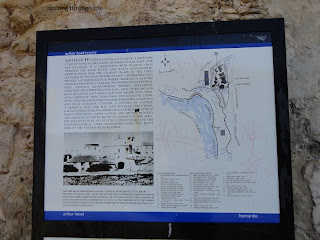 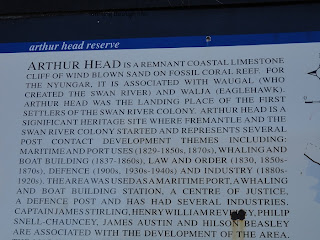 clicking on this should bigger it so you can read better. 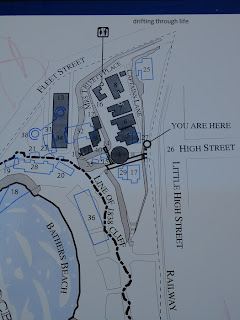 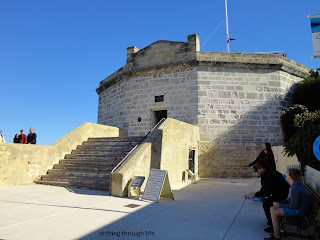 The Round House, which is actually a dodecahedron, being twelve sided. 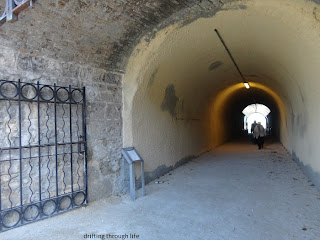 Whaler's Tunnel which was dug out from under the Round House, linking the rail line with the beach. 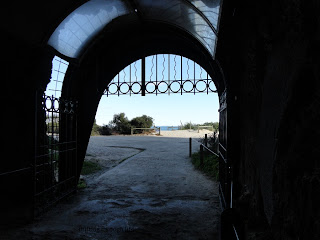 the beach end of the tunnel. 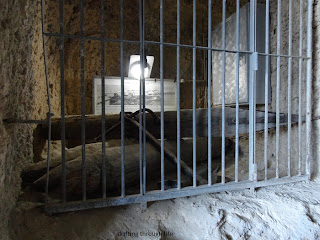 there are cells dug into the tunnel walls which hold artefacts, this one has the remaining stumps of the original pylons which held up the pier. 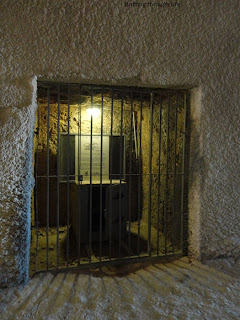 if memory hasn't failed me, this cell holds a safe rescued from a shipwreck. 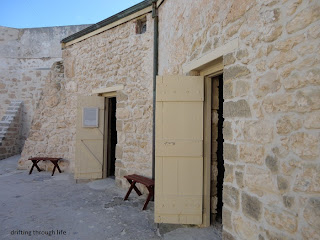 two of the eight cells inside the Round House. The cells were constructed around a central courtyard which held the well that supplied fresh water, the curfew bell, and the punishment stocks. I imagine it was also used as the exercise yard for the prisoners. 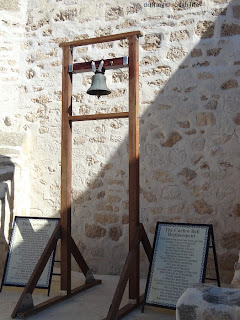 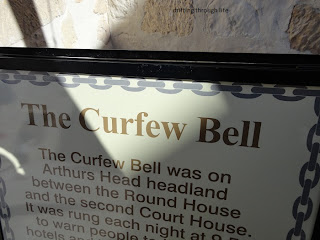 I thought I had a photo with all the information about the bell, but this one is all I could find.
There will be more information on the site I linked above maybe. 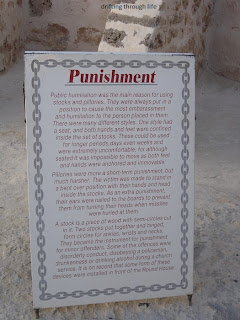 about the stocks where prisoners were held. 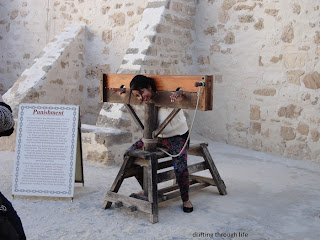 "prisoner" in the stocks, no it isn't me. 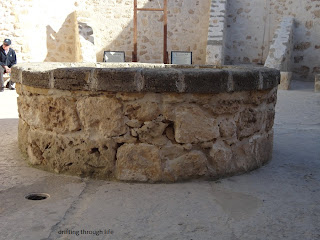 the well in the courtyard. 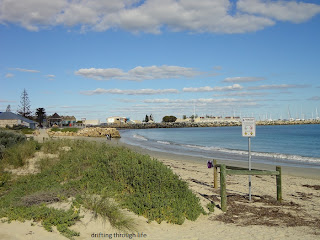 coming out of the Whaler's Tunnel and looking left along Bather's Beach. 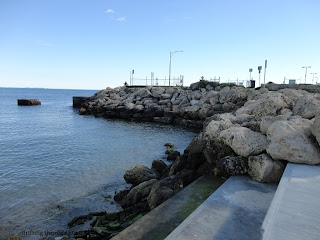 a little further around and to the right, these concrete steps down to the water are lined either side with gorgeous big rocks. 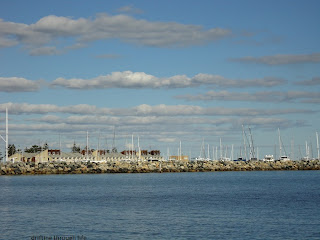 over to the left again, looking across Bather's Beach, a forest of masts beyond the rocky breakwater. 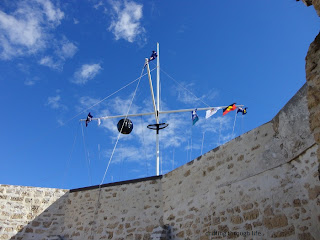 looking up we see several flags and the Time Ball which was dropped every day at a certain time to signal something that I can't quite remember. 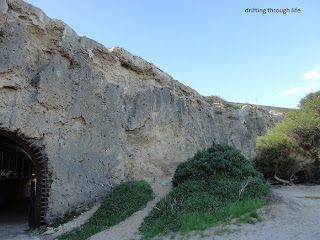 from the beach side we see the limestone cliffs which were cut back over the years, reducing the length of Whaler's Tunnel from 60+ metres to its current 46 metres. 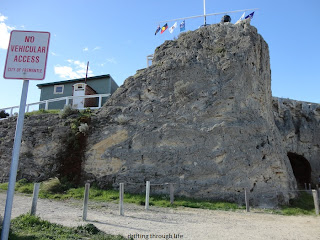 the cliff directly below the Round House.