July 30, 2013
A couple of days ago the light globe in my kitchen died.  I had spares, (I always have spares),  so got one from the back porch cabinet, dragged the big ladder inside and changed the globe.
The new globe is a "warm white" instead of the "cool white' I've become used to.
Now every time I flip the switch my kitchen glows yellow as if it is bathed in late afternoon sunshine.
It's quite lovely.

But enough of that,
here are a few photos I took while wandering around Rottnest Island. 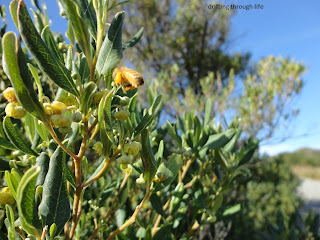 this plant was covered in several dozen bees, but I couldn't get a shot of more than one.
The little buggers took off as soon as I focused on them. 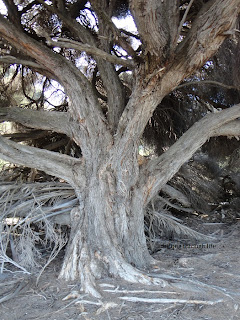 this big tree looks to me like it should be in a spooky kids halloween movie. 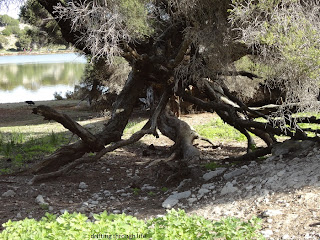 I like the way these fallen branches have landed against each other to look like a tepee. 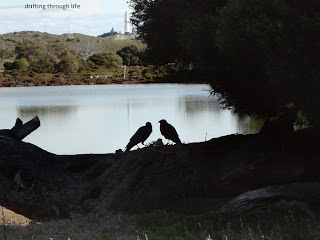 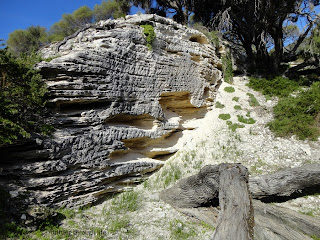 a straight cut cliff of sandstone. (or maybe limestone?) 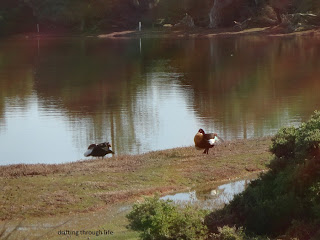 a pair of ducks waking up from a nap. 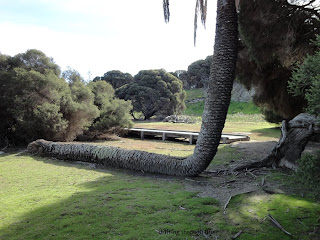 this palm that got blown over at some point and just kept on growing. 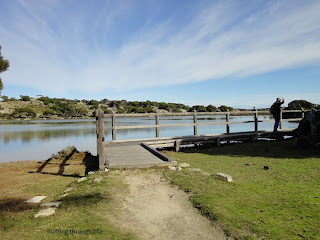 a small boardwalk that looped around a stand of mostly fallen trees and came out by the palm above. You can see the tail end of it behind the palm. 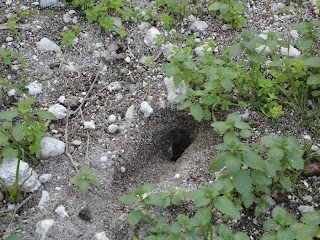 and a snake hole, the only one I saw on the whole walk. I didn't see any snakes though, which was fine with me. We were told there are only two types of snakes on the Island and both are deadly.

my kitchen is bathed in sunshine photos of Rottnest Island