new snacks on the supermarket shelf

February 17, 2014
Normally I don't buy stuff like this, but I saw the ad on TV, so I thought I'd give them a try and if they were awful I could let you all know.

So you wouldn't waste your money.
Aren't I nice?
ahem.... 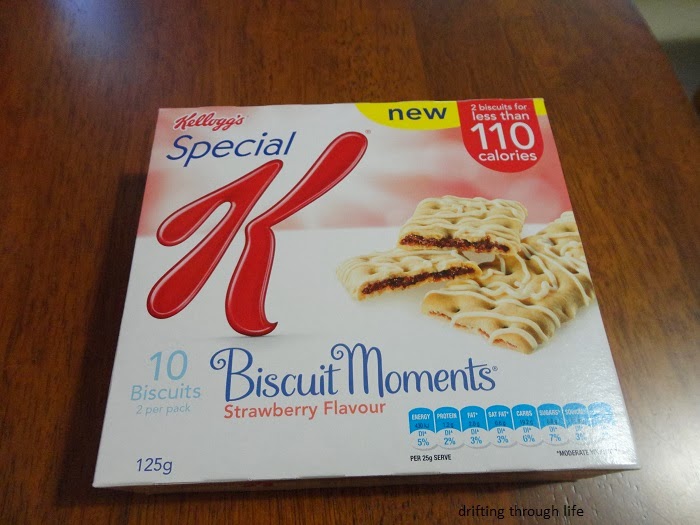 Special K Biscuit Moments. You'll notice I bought the Strawberry flavour, because the other flavour is blueberry and I'm not a fan. (Blue flavouring irritates the inside of my mouth and if there is blue colouring as well, I'll be scratching an itchy rash in no time). two biscuits for less than 110 calories.
I don't think it is possible for me to care less about this bit. I'm not a calorie counter, never have been.
I don't eat biscuits much either, so I figure any calories in them is okay. It would be a different matter if I was the sort of person who ate a packet of biscuits all at once, or even a packet throughout the day. 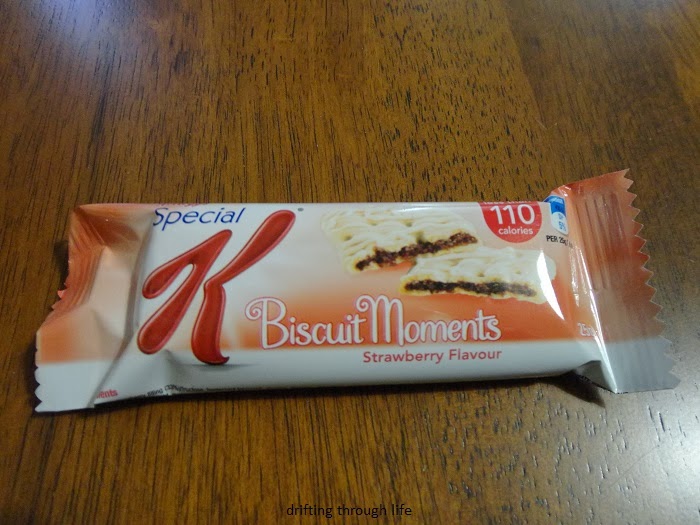 inside the box is five of these little foil wrapped packages.... 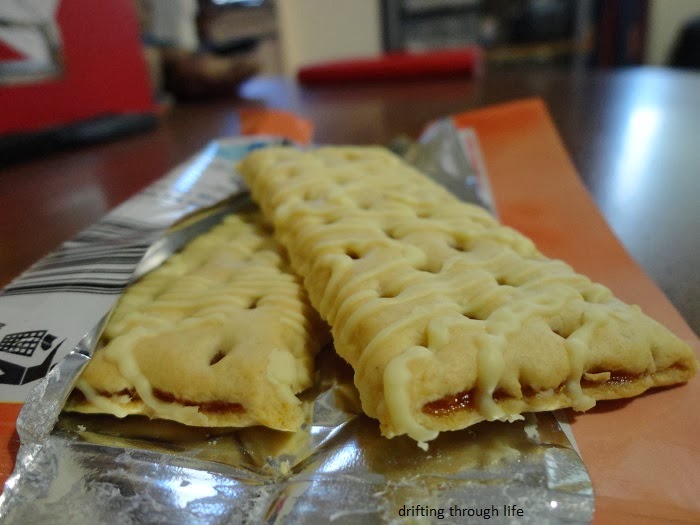 each containing two biscuits with a "soft fruit flavoured filling" (quoted straight from the box) and topped with "a vanilla drizzle". (strawberry puree concentrate)
To me, that vanilla drizzle tastes more like that yoghurt topping they drizzle on muesli bars, but this is softer and will melt on your fingers. Finger lickin' good.
I like that yoghurt topping, so it isn't a problem. 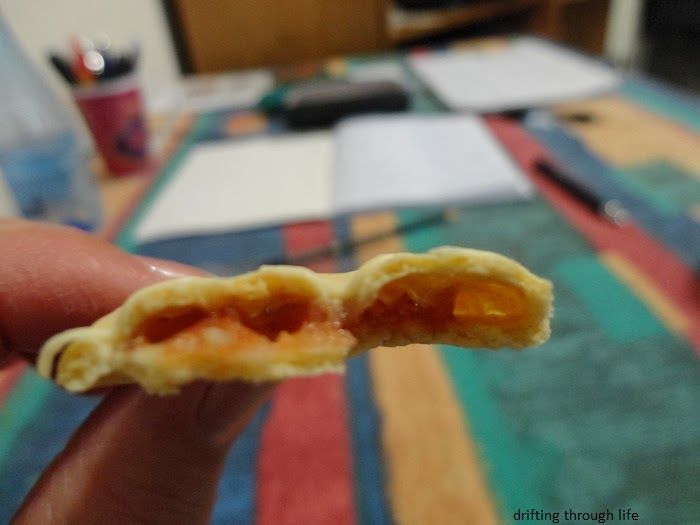 here's one that I bit in half. You can see the biscuit part is thin and crispy, with an air bubble or two between it and the filling, probably that's what makes them so nice and light, ha ha.

Here's the best part...the filling is more tangy than sweet, so these aren't a biscuit with a smear of jam.
I like them.

They're $4.99 (in the muesli bars aisle) which is okay if you only eat one of the individual packets a day or even every two days. And because they are individually wrapped (in twos), you can forget they're in the cupboard and when you remember a week later, they'll still be good.
They're probably acceptable in school lunchboxes too, unless the school has gone overboard with regulations and teachers are taking snacks away from kids and tossing them in the bin.
(I personally think that is very wrong, teachers should not have any say in what goes into lunchboxes).

I'm not going to give you the nutrition listings or the ingredients, but I will say that palm oil is listed, so if you're banning all palm oil products in your home, you can't buy these....and they're made from gluten containing cereals. (wheat flour)

As an occasional snack with a cup of tea or coffee, I can recommend them as being light, crisp and tasty.

Disclaimer: this is not a sponsored post, I don't do those things.

But if anyone from Special K is reading this and would like to thank me, I wouldn't mind.