A while ago, there was a residents meeting in the community hall where several persons from I-forget-where attended and spoke to residents then walked up and down the driveway looking at the surface and admiring the gardens.

The driveway, which goes right through from the main road to a side street and also runs around behind several of the blocks of flats, is in pretty poor condition. 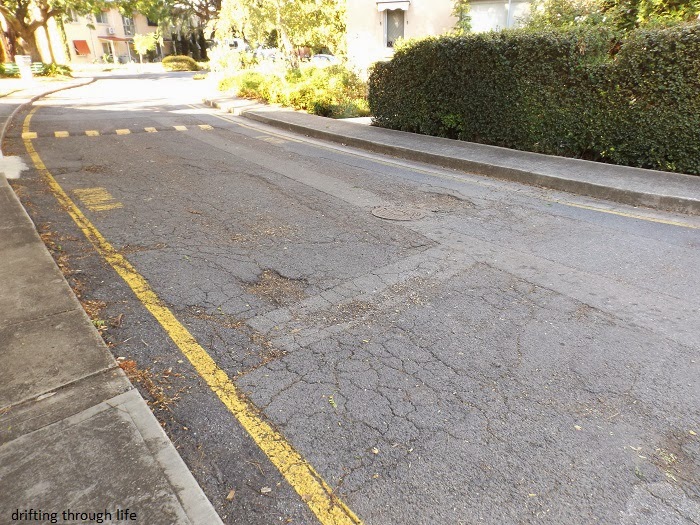 The inspectors put in applications for roadworks, depending on what needed doing there was a decision to be made regarding resurfacing or repairing. After the last few rainstorms, it was decided the whole driveway would be resurfaced. 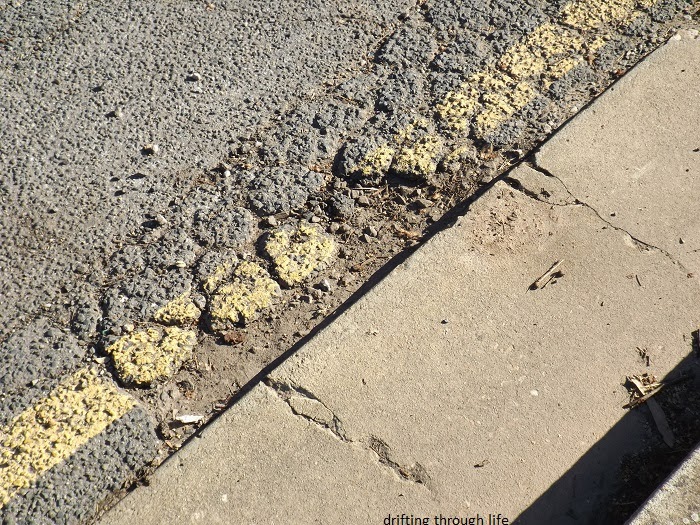 edges and gutters are in bad shape 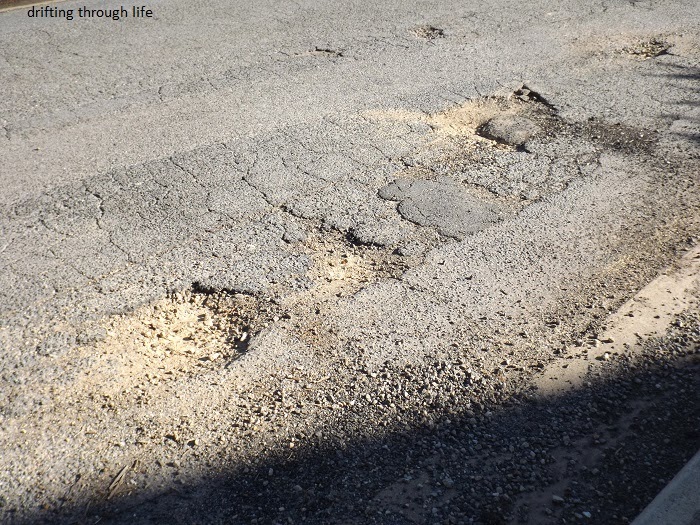 
Work began last Monday and would be broken up into sections, two days per week per section, then the small areas behind the flats where the washing lines are placed would also be replaced as they are very uneven and a hazard for those with "gophers" and walkers.

I was woken on Monday morning by the sounds of trucks arriving and a lot of crunching type noise which turned out to be made by this big machine breaking up the blacktop ready for removal. 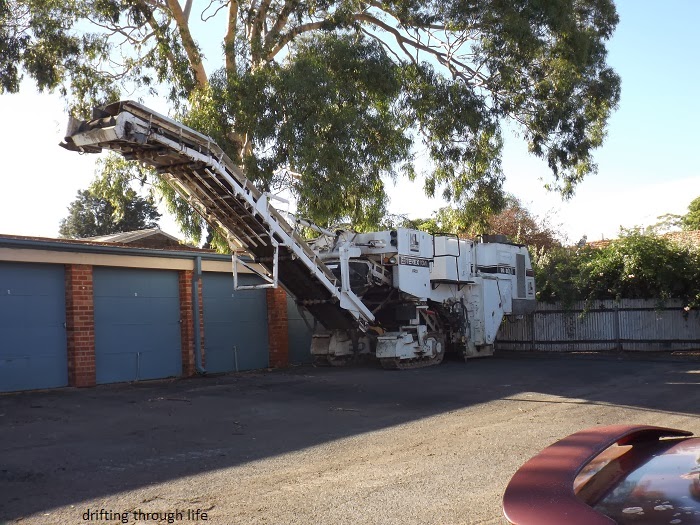 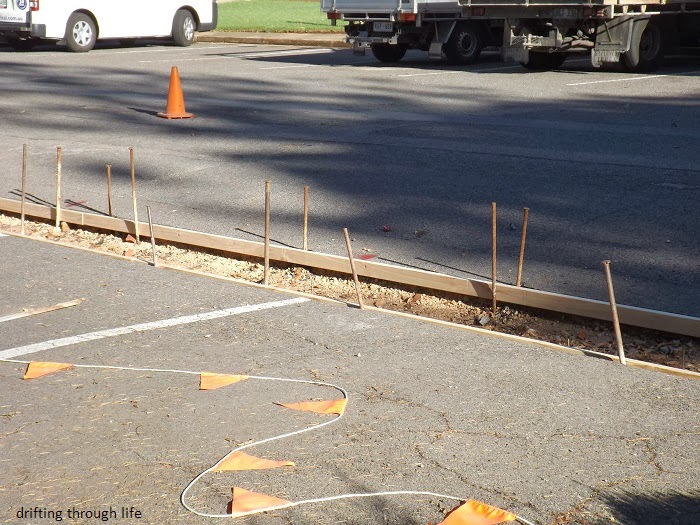 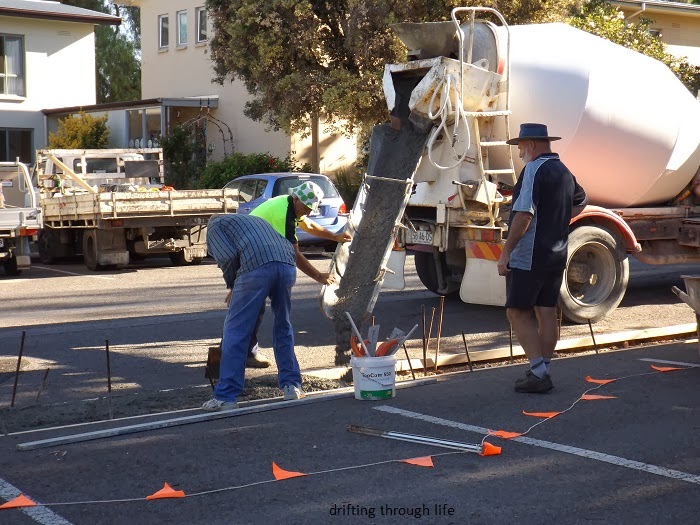 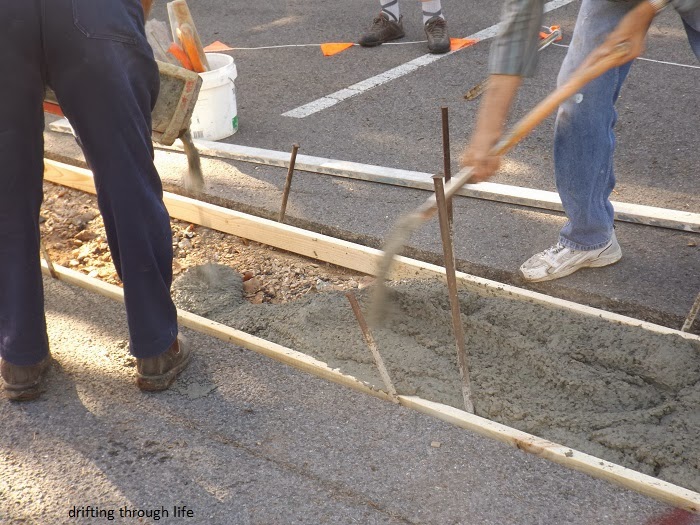 working on the drain gang.... 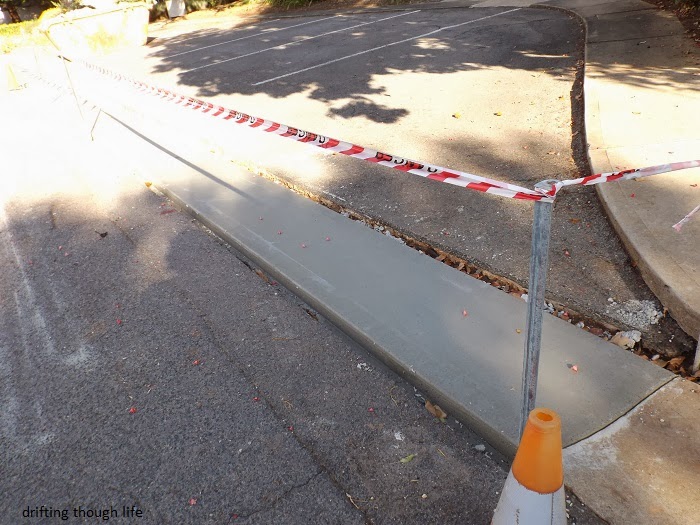 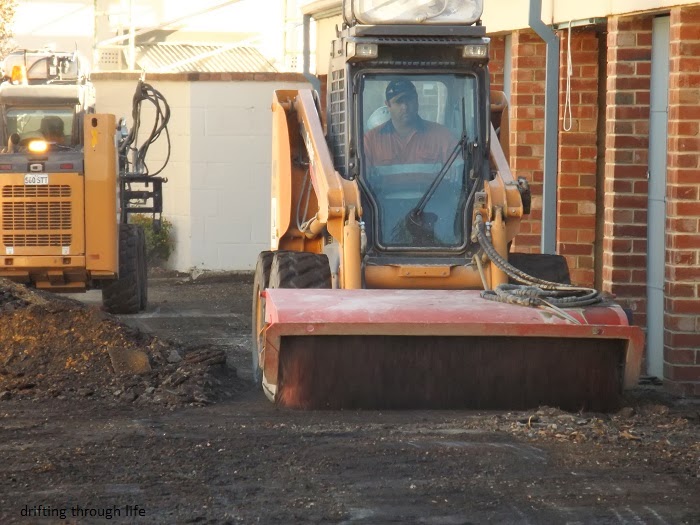 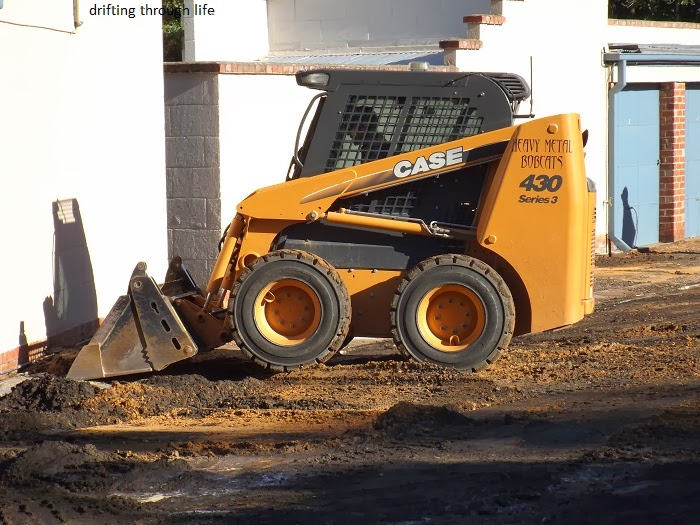 getting right in there 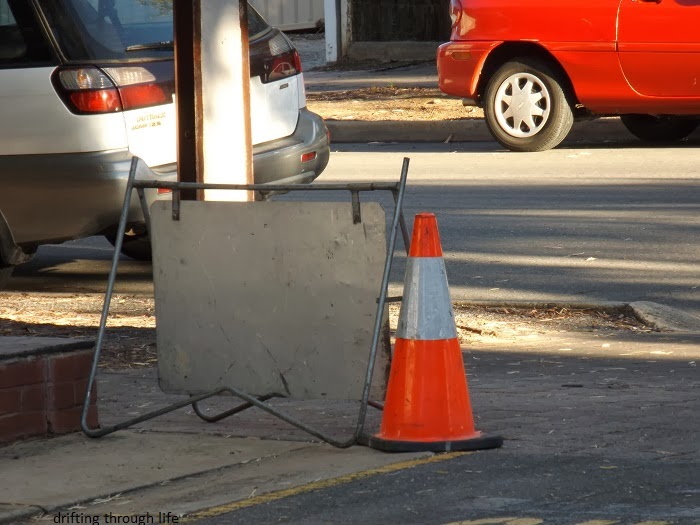 witches hats were placed at both ends of the driveway 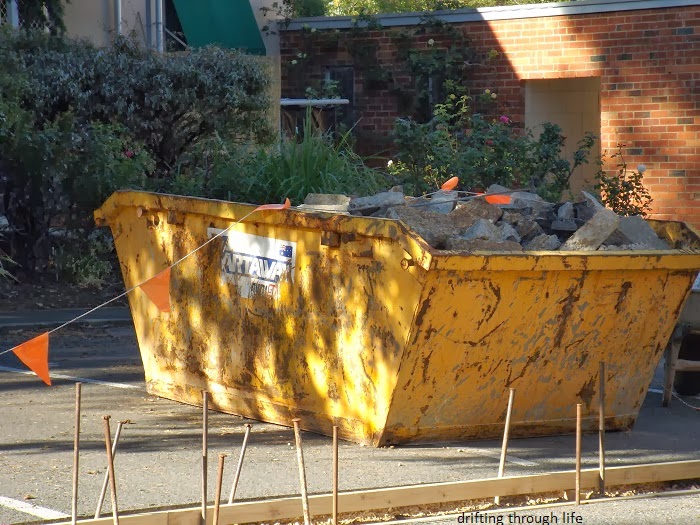 one of several mini skips filled with broken up road surface 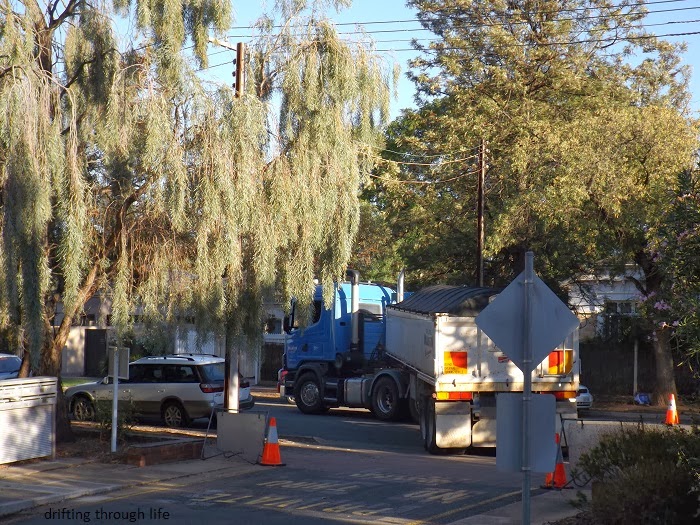 the first of many truck loads of waste leaving from my end of the driveway.


The first section was resurfaced on Tuesday but I didn't take photos then as the strong smell of hot bitumen would have given me a headache.
I'll be out there with the camera a bit later this morning.