sometimes I amaze myself

December 22, 2014
Other times I shake my head and think how could I be so blind.

You've read recently that I was thinking of locking Angel out of the lounge and kitchen, so I could empty the table and make my annual Christmas mince pies. Fruit mince, not meat.

Well, last night I was drying my dishes and noticed the bench area holding the microwave is really quite large.
Large enough to mix and roll pastry. Hmmm, how did I miss that? 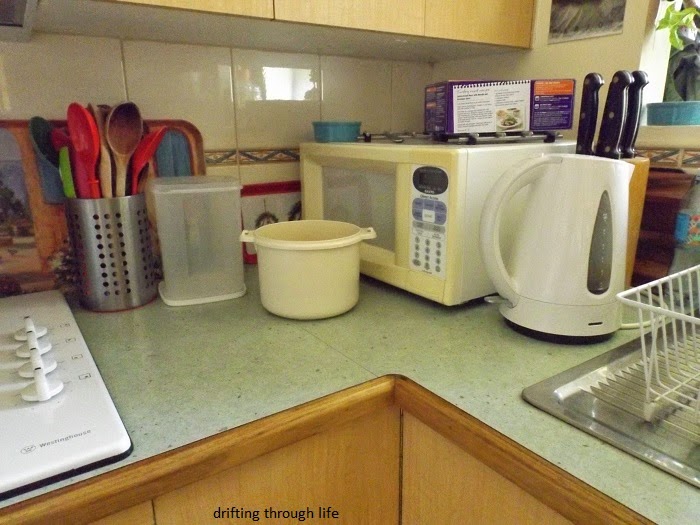 See?
All I had to do was move all the stuff. 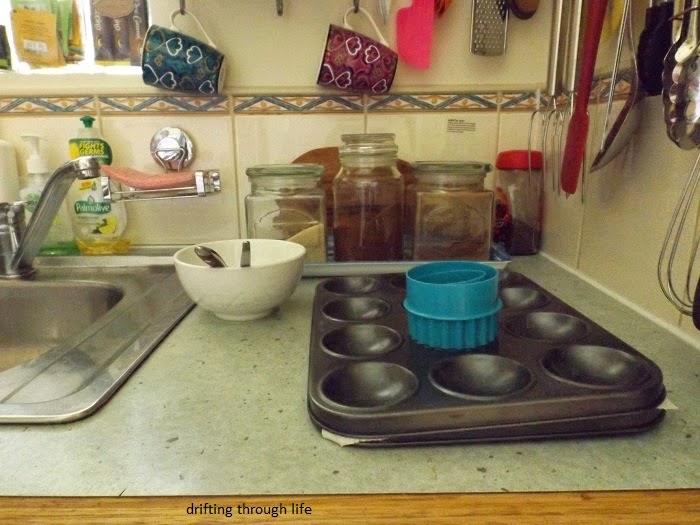 there's space on the other side of the sink too. Not much, but room enough to place things I'll need as the baking progresses. 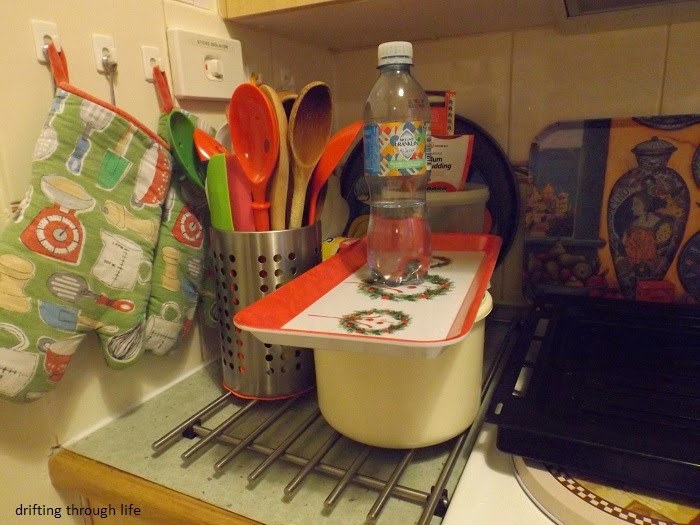 I moved a few things to the other side of the hotplates, 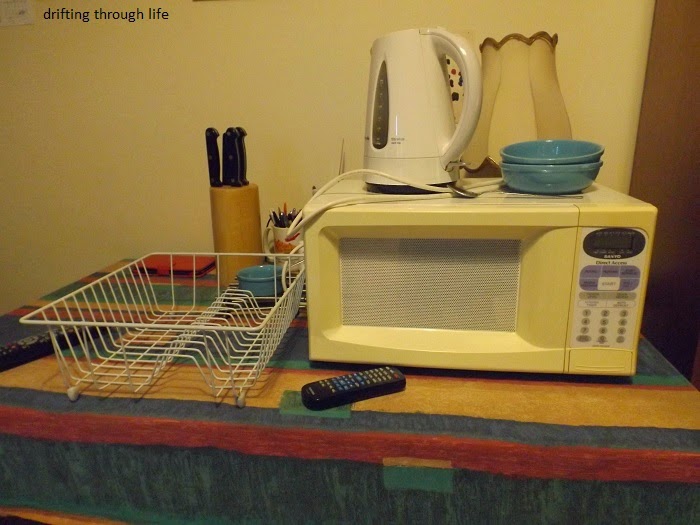 and the rest out on to the table. Even the dish drainer.
Because that side of the sink will be more useful empty.
For some reason known only to himself, Angel doesn't jump up onto the kitchen benches. 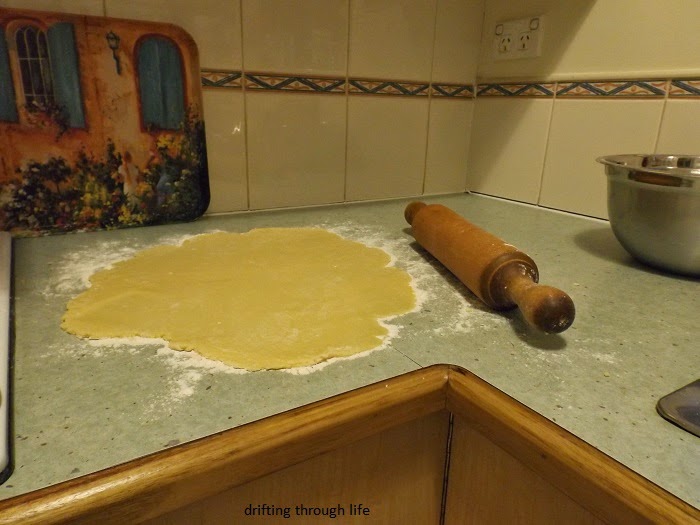 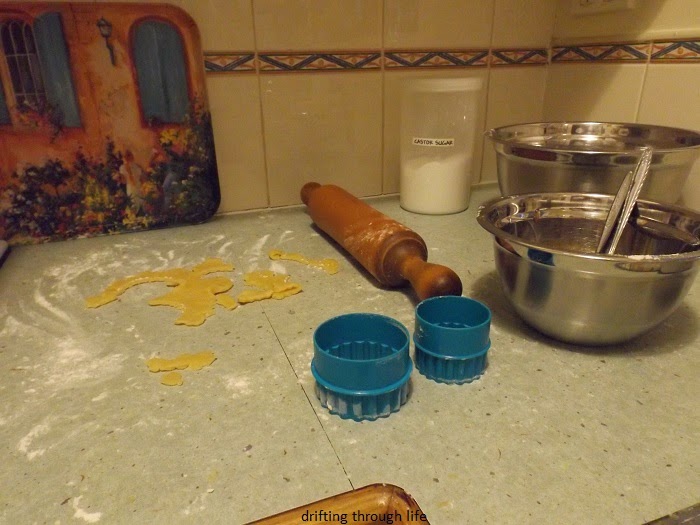 first batch of pastry decimated.
I've had these cookie cutters so long I can't remember when I got them.
They're a set of three, I don't think I've ever used the largest one. 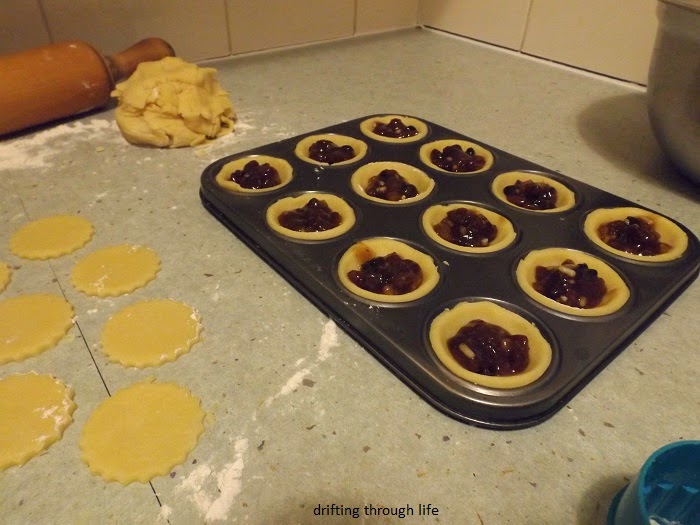 here's the first dozen pies waiting for their lids. 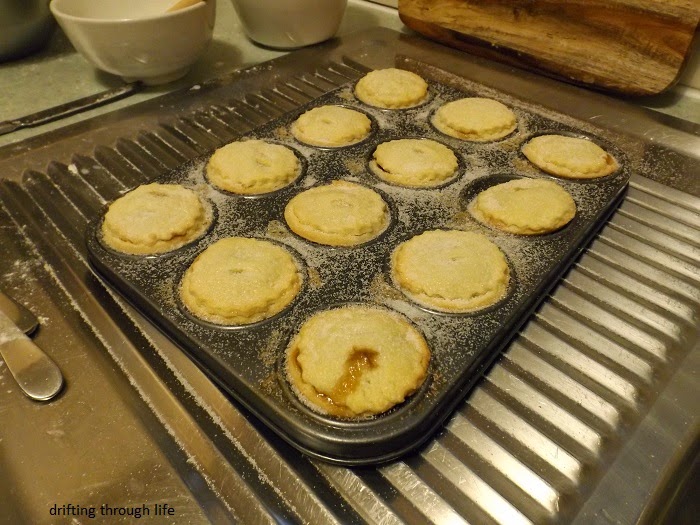 and here they are just out of the oven, with the final sprinkle of sugar added.
On that oh-so-handy, now-empty sink, very easy to rinse off all the spilled sugar. 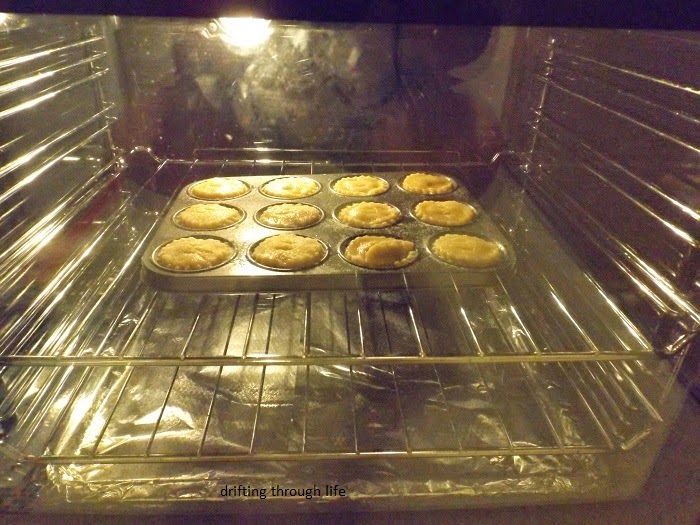 Second dozen in the oven. 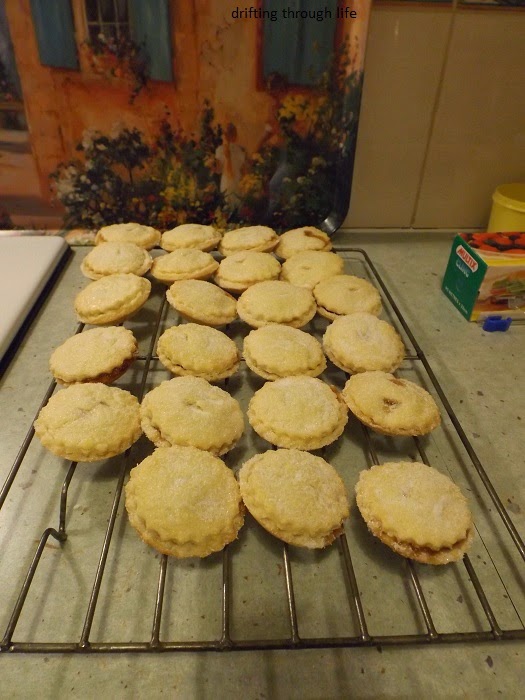 I kept baking most of the day, eventually making seven dozen.

The last dozen look a little wonky, the left over bit of the final batch of pastry got reworked and rolled out and patched together until I had that extra dozen for myself.
The rest are going to family and friends.

after all that I still had a chunk of pastry and some fruit mince left over, 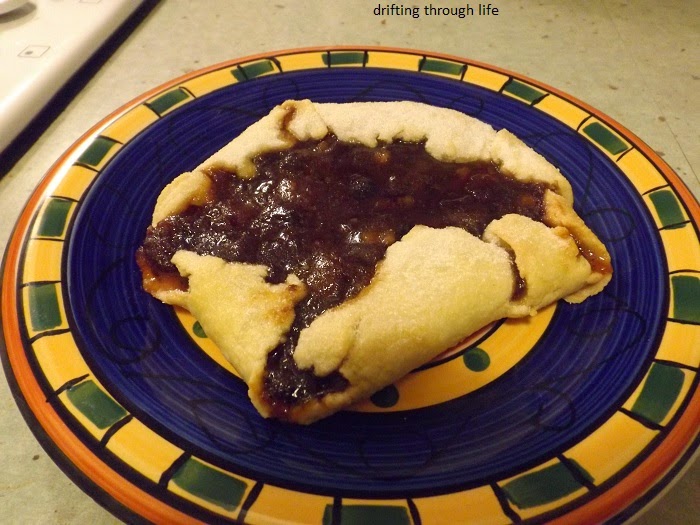 so I made this. Rolled out the pastry, scooped the mince onto it, scrunched up the edges and baked it.

I'll eat it with ice cream for dessert.